In December 1971, a day before Rex Stout's 85th birthday, the New York Times published an interview with the author by Israel Shenker.  In the interview Stout made some interesting observation on writing.

I couldn't help thinking how this interview with the elderly author--who, after the recent death of Erle Stanley Gardner for most people at this time probably most symbolized, along with Agatha Christie, the "traditional" mystery story (apologies to the brilliant Ellery Queen, John Dickson Carr and Ngaio Marsh)--came out not long before the publication of, yes, the first edition of Julian Symons' Bloody Murder.  Symons and Stout agree on some subjects, but disagree on others.

Stout gets in some very clear political digs, reminding readers of his political liberalism. Noting that his mailbox is in New York State but that his house is just across the border line in Connecticut, Stout wryly declared that he had built his house in 1930 "and I didn't want Hamilton Fish as my representative.  So what did I get?  Clare Boothe Luce."  He also adds that he hopes to outlive the presidency of Richard Nixon: "If he's reelected I'll have to live another four years" (Nixon of course was reelected but, plagued by scandal, resigned the presidency in August 1974; Stout died in October 1975).


Stout had launched firmly on his novel-writing career in 1929 at the of 43, with the well-received psychological novel How Like a God (earlier he had some novel-length works published in All-Story Magazine). He went on to publish some additional "serious" novels before he turned to mystery writing with the Nero Wolfe debut tale Fer-de-Lance in 1934. By that time, he declares in his 1971 interview, he had realized "I was a storyteller and I was not a great writer" (I believe Stout means--ahem!--A Great Writer). 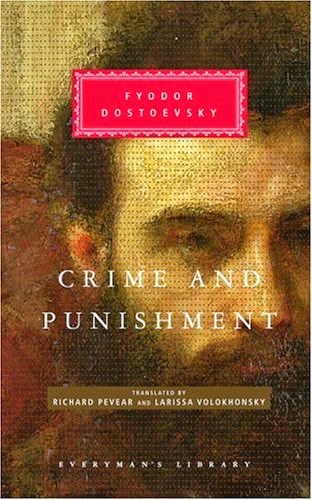 Those who have what they see as higher artistic aspirations for the mystery/crime tale (that it be Great Literature), will probably find Stout disappointingly lacking in nobler aspiration here.  I think this is how Julian Symons felt when, in the 1950s, he suggested that Stout should consider killing off Nero Wolfe.  In Symons' view Stout, a talented writer, had been coasting too long on his corpulent sleuth's tremendous popularity.

In the 1971 interview Stout continues: "It seemed apparent to me [in the 1930s] that writers of the first rank get themselves involved in the difficulties of the people they write about.  It was obvious in a paragraph the way Dostoyevsky felt about Raskolnikov, or the way Tolstoy felt about Natasha, and their feeling was of a degree that I wouldn't get."*

*(of course some crime genre theorists have urged consideration of Dostoyevsky's Crime and Punishment as a crime novel; Julian Symons once took this position himself, but later came to believe, as he states in Bloody Murder, that Dostoyevsky's works "far transcend anything the crime novelist achieves or even aims at").

Stout however urges that creating memorable characters "has nothing to do with the level of literature." Tarzan and Scarlett O'Hara are great characters, he says.  He doesn't like the fiction of Bernard Malamud, Philip Roth and John Updike, because these authors are interested in problems, not people.

As for mystery/crime writers, Stout gives mixed praise to Georges Simenon ("Simenon has written some damn good ones, but he's also some written some damn lousy ones") and Ross Macdonald ("a hell of a good storyteller, but I wish he'd quit telling the same story over and over again").

However, he's unequivocally higher on Josephine Tey and Dashiell Hammett (a coupling I think Julian Symons would have found rather odd):

I'd put Josephine Tey...just after Dashiell Hammett, who was the best American detective story writer not counting Poe, who started the whole thing.  In The Glass Key Dash Hammett did the thing Hemingway tried to do in every book he ever wrote, and a better job of it--establishing the essential manliness of the hero by telling a story about him, what he did and what he said and how he handled a situation.

Symons enthusiastically agreed about "Dash."
Posted by The Passing Tramp at 11:27 PM