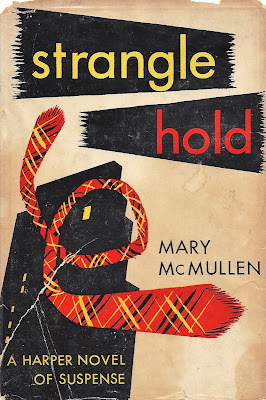 Strangle Hold, the debut crime novel by Mary McMullen, was much praised upon its publication in 1951.  Frances Lockridge, coauthor of the Mr. and Mrs. North mysteries, enthusiastically blurbed the book, lauding not only its "absorbing suspense" but its depiction of "New York's advertising world...particularly the advertising world in which women play so large a part" and concluding that "Strangle Hold is a book I think every woman who has ever worked in an office will love, whether she's a mystery fan or not."

In his review of the novel influential mystery critic Anthony Boucher declared that Strangle Hold "is surprisingly successful--as a novel, if not as a detective story."

Boucher contrasted McMullen's handling of the subject of "murder in an adverting agency" with that of Dorothy L. Sayers (Murder Must Advertise) and Julian Symons (The Thirty-First of February), declaring that while the realism of Sayers' and Symons' books had been compromised by a "faint element of parody and exaggeration," McMullen to her credit had played it "dead straight."  The result made McMullen's novel "even more chilling than those of her predecessors." Noting that McMullen was the "daughter of one well-established mystery writer and sister of another," Boucher pronounced that she "seems to be (not that I want to start a Sunday breakfast row) the brightest talent yet in the family."

At the Mystery Writers of America gathering the next year McMullen was awarded the Edgar for best debut crime novel, not altogether surprisingly given Boucher's influence with that organization.  Oddly McMullen did not publish another crime novel for 23 years, when The Doom Campaign appeared in 1974. (I'll be looking at McMullen's later books later this month.) 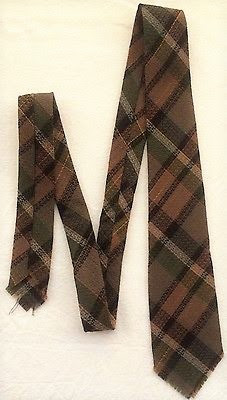 I agree with Frances Lockridge and Anthony Boucher that the greatest strength of Strangle Hold is found its American advertising world setting, particularly in the depiction of the place of women within it at the middle of the 20th century.  Lockridge's declaration that the novel would appeal to women whether they are mystery fans or not may well be bone-chilling words to traditionalist mystery fans, but there's the ring of truth to those words.

The plot, concerning the strangulation murder of a woman at Wade and Wallingford, a prominent New York advertising agency (she's done in with a tweed tie, a sample from one of the advertising firm's clients), is solid and the police investigation credible, but there are no remarkable feats of detection or stunning twists.

However, throughout the novel the narrative is smooth and engrossing and the setting fascinating.  As I've indicated I was especially intrigued by the novel's depiction of gender roles in the workplace.  Let me quote a passage from the novel, which is told primarily though the perceptions of Eve Fitzsimmons, who has just come to work for Wade and Wallingford:

She had a special mental file for art directors who thought women had no place in advertising.  These unamiable creatures lumped women--all women-- under Woman, and assigned to the most sensible female all the frivolity and nonsense they connected with the sex in general.  This type of art director regarded the most well-founded suggestion or request as "just typical of a woman" and listened with an air of ironical patience to anything the enemy had to say. 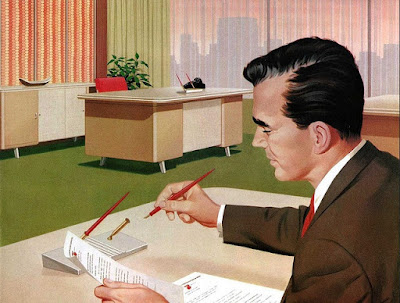 McMullen has a knack for depicting both character and place, and one really feels one knows these ad execs and their offices, with their plush carpeting and pickled oak furniture, and their endless rounds of cigarette smoking!

At one point Eve gets what surely is a candidate for Worst Marriage Proposal in a Mystery Novel and it's interesting to compare her response to it with that of a character in Margery Allingham's The Fashion in Shrouds (1938), a crime novel about women in the fashion industry in Thirties England.

Mary McMullen herself studied at art school and worked on a small-town newspaper and in a war plant before getting a job at Macy's, where she became a divisional advertising manager.  She got her younger, mystery-writing sister, Ursula Curtiss, a job there too--more about that soon! 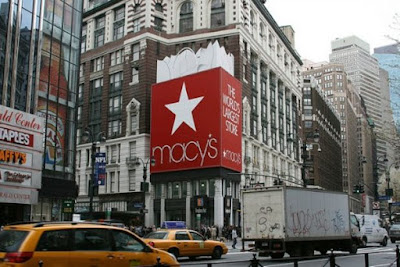