Nancy Spain and the Game of Murder

Journalist, television and radio personality and “iconic lesbian” Nancy Spain (1917-1964) was a well-known individual in fifties and early sixties Britain. (conversely she was little known in the United States and remains so today.) 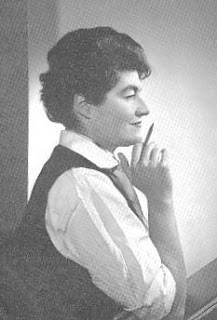 Although Spain had many accomplishments, one of her most significant undertakings was a series of ten mystery novels published between 1945 and 1955, a period when the classical British detective story was being increasingly marginalized by the crime novel, which placed less emphasis (sometimes no emphasis) on fair play puzzle construction.

While Nancy Spain’s mysteries maintain a formal commitment to the puzzle structure, nevertheless the author typified the period in which she wrote in placing far greater emphasis on other elements besides ratiocination, namely humor and character.

Spain was considered for membership in the Detection Club in the early 1950s but was turned down, on the ground that her mysteries offered much more in the way of belly laughs than brain burning (for more on Nancy Spain and the Detection Club see my CADS Supplement 14, Was Corinne's Murder Clued? The Detection Club and Fair Play, 1930-1953). 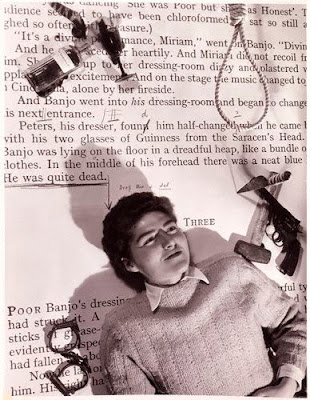 Especially notable in Nancy Spain's books is the author's sly subversion of the sexual mores of the post-WW2/pre-sixties era, a time not remarkable for its embrace of alternative lifestyles (note, for example, the arrest and incarceration of the English writer Rupert Croft-Cooke--who wrote mysteries as Leo Bruce--for "homosexual offenses" in 1953-54; see my essay The Man Who Was Leo Bruce ).

As her 1997 biographer, Rose Collis, notes, Spain was a “trouser-wearing character” — a sort of “not in though not exactly explicitly out” lesbian who humorously winked at her straight audience (not all of whom got the joke) and inspired her gay and lesbian one. One sees this quality as well in her mysteries. 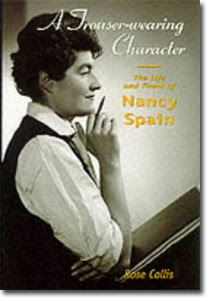 Nancy Spain’s best-known mystery is Poison for Teacher (Hutchinson, 1949), which was reprinted by Virago Press’ Lesbian Landmarks series in 1994. At the drolly named girls school Radcliff Hall (obviously a play on the name of author Radclyffe Hall, author of the milestone 1928 lesbian novel, The Well of Loneliness), murder strikes a blackmailing, scheming teacher during the performance of a school play. Another murder of a teacher, this time a shooting, follows. 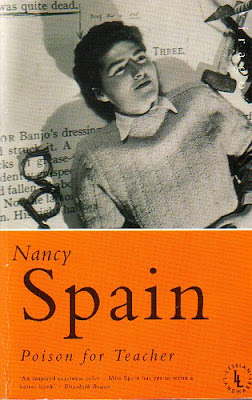 On hand, rather improbably, are Spain’s amateur (very amateur) detectives. The first of these is Natasha DuViven, former Russian ballet star and estranged wife of Johnny DuVivien, an Australian former wrestler and current English nightclub owner who was Spain’s amateur detective in her first four detective novels (Poison in Play, Death Before Wicket, Murder Bless It! and Death Goes on Skis).  The second is Miriam Birdseye, an actress Spain based on the real-life English actress Hermione Gingold (who, incidentally, was married at one time to Eric Maschwitz, who under the name Holt Marvell co-wrote crime novels with Val Gielgud, Sir John Gielgud’s brother).


Natasha is, like her soon-to-be ex-husband Johnny, a well-conveyed character (Spain has a particularly good ear for native dialect).  Although indolent by nature, she does most of what actual detecting is done in the novel.

On the other hand, the irrepressible Miriam Birdseye (who debuted in Death Goes on Skis), though she has rather surprisingly set up a detective agency, making her technically a professional, I suppose, is in the tale solely for humor, such as that which we see in this exchange:

“And she is telling you that you are going mad, I suppose?” said Natasha.
“Yes,” said Miss Lipscoomb, and sank into a chair. She put her head in her hands. “I think it is true,” she said. “But how did you know?”
“That’s an old one,” said Miriam briskly. “I always used to tell my first husband he was going mad,” she said. “In the end he did,” she added triumphantly.

There’s also a local policeman, one Sergent Tomkins, who is an enjoyable character (in grand tradition he immediately, though unbelievably, works in tandem with Natasha and Miriam). Also assorted “queer” lady teachers (some lesbian, some not); some objectionable students; an amusing if stereotypical recurring gay male character, Roger Partick-Thistle (we learn here that he is hiding a scandal from his past that took place when he was a scout leader, something played for laughs); a male detective novelist (much inferior to the Crime Queens, we learn); and a Jewish doctor (Spain emphasizes his Jewishness, just as she emphasizes the “queerness” of the obviously gay characters).

There is humorous satire directed against girls’ schools (Spain herself went to Rodean) and sexual foibles, as well some interesting asides on detective fiction. Regrettably, the mystery is rather a mess, however. While there is fitful investigation, intricate clueing is absent; and the solution is handed to the investigators.

You may be left with questions at the end, assuming you care about the mystery. Most of Spain’s readers probably did not! (for another review see http://emilydewsnap.wordpress.com/tag/nancy-spain/)

Though Poison for Teacher is Spain’s best-known detective novel, I preferred the earlier Death Before Wicket (Hutchinson, 1946). Johnny DuVivien, Spains’ first series detective, is a good character and an energetic investigator; and though the mystery plot in no classic, to be sure, it is better managed than the one in Teacher and its resolution is more plausible. 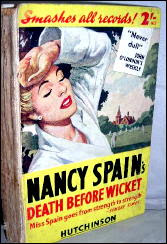 The setting is again at a girls school, this one in Yorkshire (Johnny’s daughter from his first marriage, Pamela, is a student there); and in addition to the school satire there is convincing and amusing portraiture of the local gentry (Spain herself came from northern England, of “good stock”).

The murder victim in this tale is a fetching games mistress who before her untimely demise slept with an impressive number of men, including an odd ex-army gent with a pronounced sexual fetish for mannish women.  More alternative sexuality turns up in a brief visit to a club with a gay clientele, of your standard “flaming queen” variety (here portrayed more harshly than in the case of Roger Partick-Thistle).  While not quite as quirky as Teacher, Wicket has a more comprehensible plot, something I, for one, appreciated.

Nancy Spain had a gift for humor and character portrayal that makes her mystery novels worth reading even today, over half-a-century after the last of them was originally published. Just don’t expect anything close to Crime Queen level plotting, and you should not be disappointed.

Today Nancy Spain is best known in the mystery world for having had, despite her longtime relationship with another woman, a brief fling with Margery Allingham’s husband, Philip Youngman Carter (an affair that produced a child--see http://golden-duck.co.uk/the-adventures-of-margery-alli/ ). But her enjoyable madcap mysteries should get some attention as well.

Posted by The Passing Tramp at 6:09 PM