Though not widely-known today, the English crime novelist/suspense writer Philip Maitland Hubbard (1910-1980) has maintained a certain devoted following for half a century now (both Anthony Boucher and Jacques Barzun, who disagreed on many things, liked Hubbard's work; also more recently see here and here and here ). 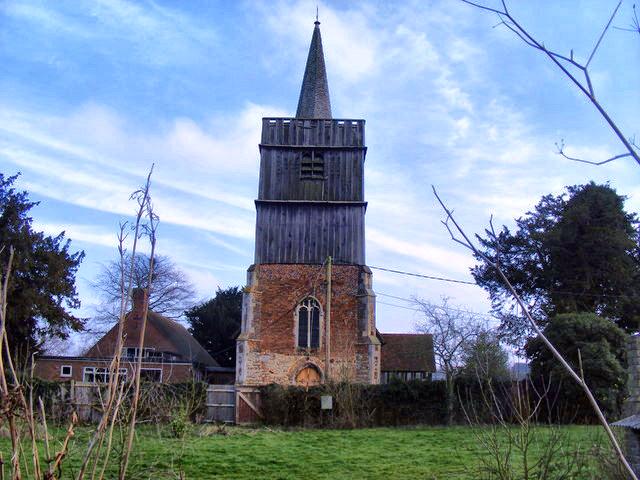 Orion is reprinting Hubbard's sixteen genre works (originally published between 1963-1979) in eBook form as part of its Murder Room series so if you like English crime novels from the 1960s and 1970s this is a great opportunity to acquaint yourself with one of the genre masters from that time.

Hubbard's admirers praise the author's clean, crisp prose style and powerful evocation of place, and I think they are justified in doing so.

Hubbard's England immediately reminds me of works like The Wicker Man (made forty years ago into a memorable film with the great Christopher Lee).  His novels often seem to involve rural English villages that have never been quite "civilized," with ancient and odd folkways retaining a strong grip on people.

Anthony Boucher compared Hubbard to novelist Arthur Machen.  I'm reminded of a line from a John Street "Miles Burton" novel, Death Takes the Living (1949), where a bishop comments of the denizens of Clynde, a certain East Anglian village, that "it would not surprise me to learn that they offered sacrifices to Baal, or passed their children through the fires to Moloch."

There's nothing quite that outre in Hubbard's fine 1967 novel, The Tower, but the book definitely does offer readers a powerful sense of place, enigmatic characters and a certain creeping unease.

When traveler John Smith (yes, that's really his name) stops at an inn at a small English village, he soon finds himself growing increasingly fascinated with the village's massive church tower, in danger of collapse, the High Church vicar and two women in the village, one the stunning and mysterious local "lady," the other the winsome daughter of a village intellectual and religious skeptic.  Then events starts to interconnect in a sinister ways....

There is mystery here, though it may be too muted and deliberate for some readers.  Boucher thought The Tower the best of Hubbard's books up to the time (Boucher died only a year after The Tower was published), but a better introduction for mystery fans new to Hubbard might be A Hive of Glass (reviewed by John Norris; see my links above) or Picture of Millie or Flush as May, all now available from Orion.
Posted by The Passing Tramp at 3:02 PM