Elizabeth Fenwick in Pictures: From Detective Writer to Mainstream Novelist

Here are the jackets to her early detective novels: 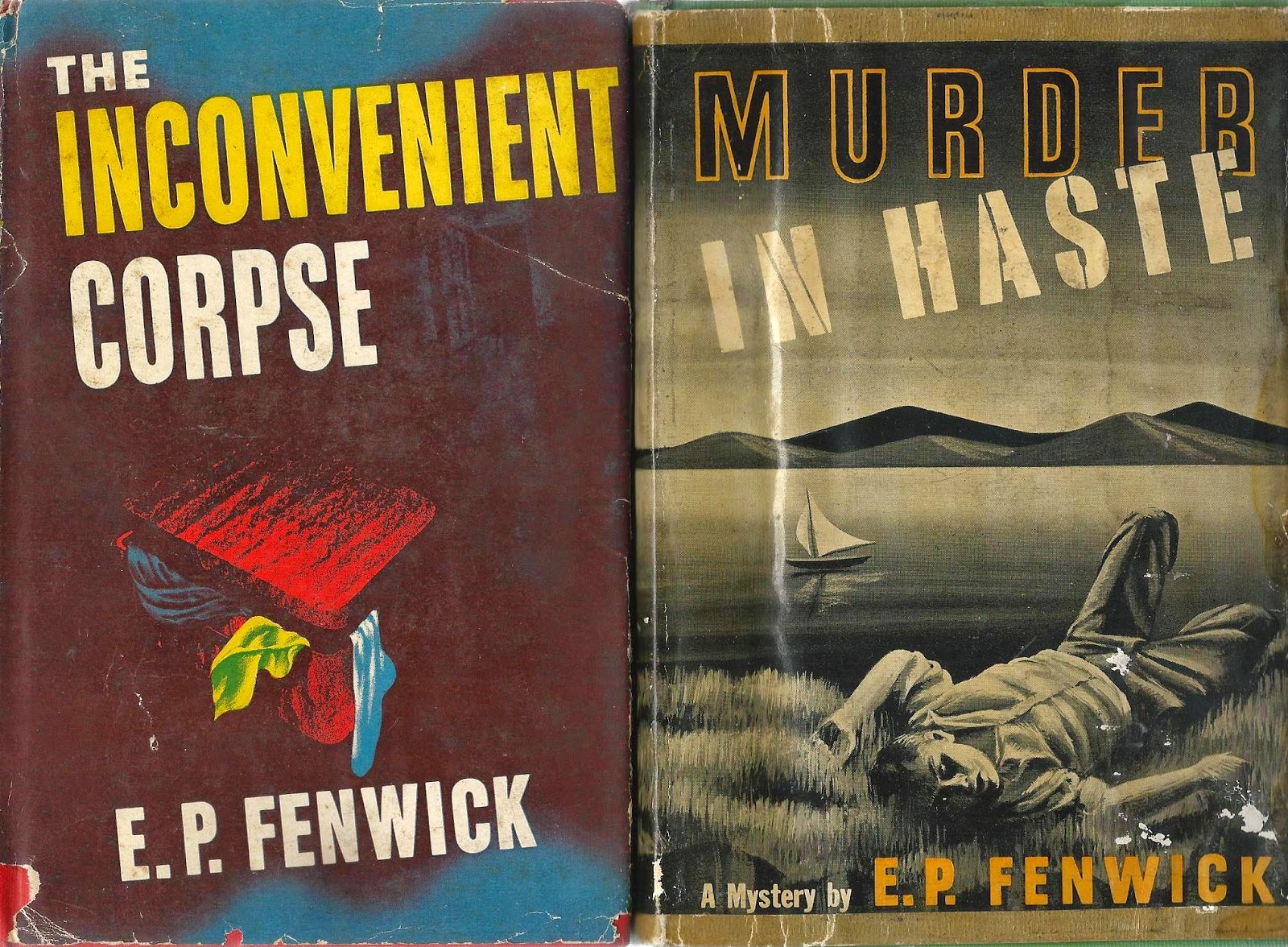 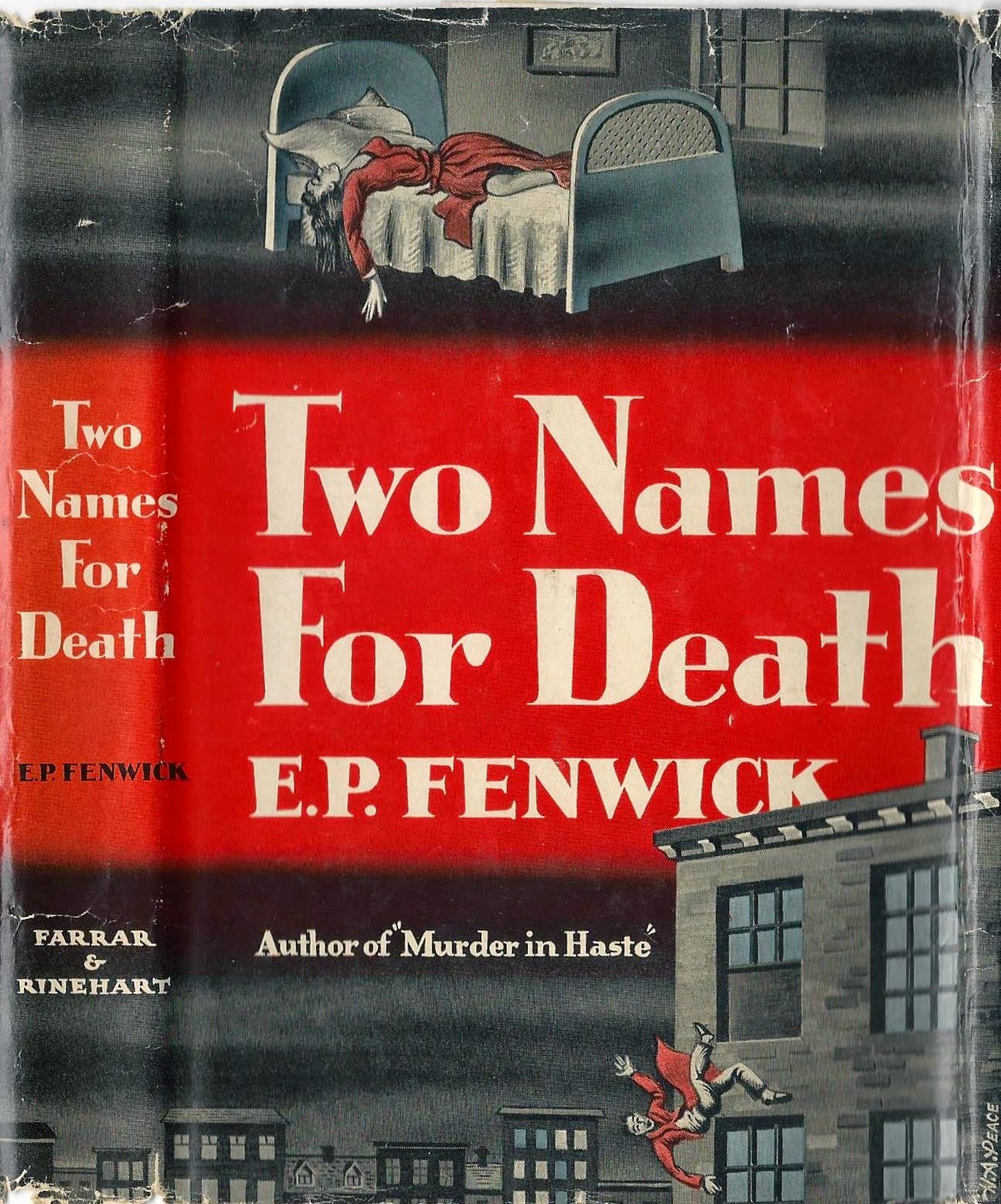 All three novels were published by Farrar & Rinehart, between 1943 and 1945. Biographical information is nil, with war messages occupying the entire back covers of the dust jackets: 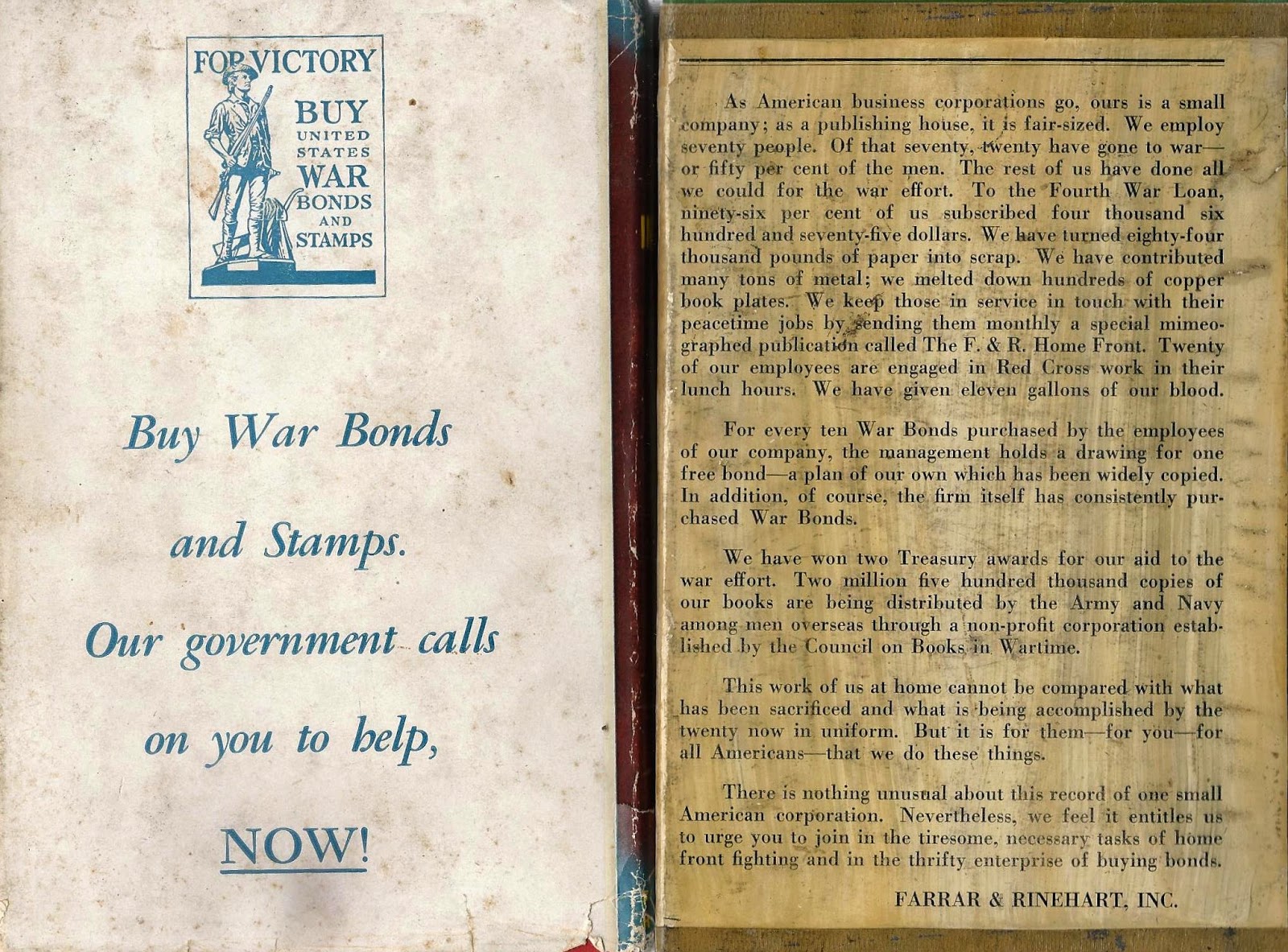 However, the publisher emphasizes on the jacket flaps Fenwick's merit as a novelist.  With The Inconvenient Corpse we're told that Fenwick's novel "combines lively characterization with clever plotting" and thus "isn't just another mystery."  Murder in Haste "marks the author as a writer with imagination, wit and skill--a first-rater."

After the publication of Two Names for Death, Fenwick abandoned crime fiction for a dozen years. Her next novel, published in 1947, was a "straight" novel called The Long Wing.  On the back there is a great photo of her and some biographical information:

Elizabeth Fenwick was born is St. Louis, but left at the age of four and has been moving about ever since.  Her father was an invalid with no business ties and a taste for new cities, so her growing up and schooling were peripatetic, but fun.

After graduating from high school, she spent a year and a half living in three states and learning to be a writer. The results were one novel, burned after its first rejection, and many poems.  After this came business school and two years as a secretary and French translator.

After her marriage she moved to Ithaca, New York, and began a period of intensive notebook keeping, out of which The Long Wing developed.

It's interesting that Fenwick's biographical blurb failed to acknowledge her three detective novels. Did she view them as 'prentice works, now to be disowned?

We also learn that Fenwick already had already married when she was at Yaddo in 1948, where she met, and became lifelong friends with, Flannery O'Connor, as discussed earlier. 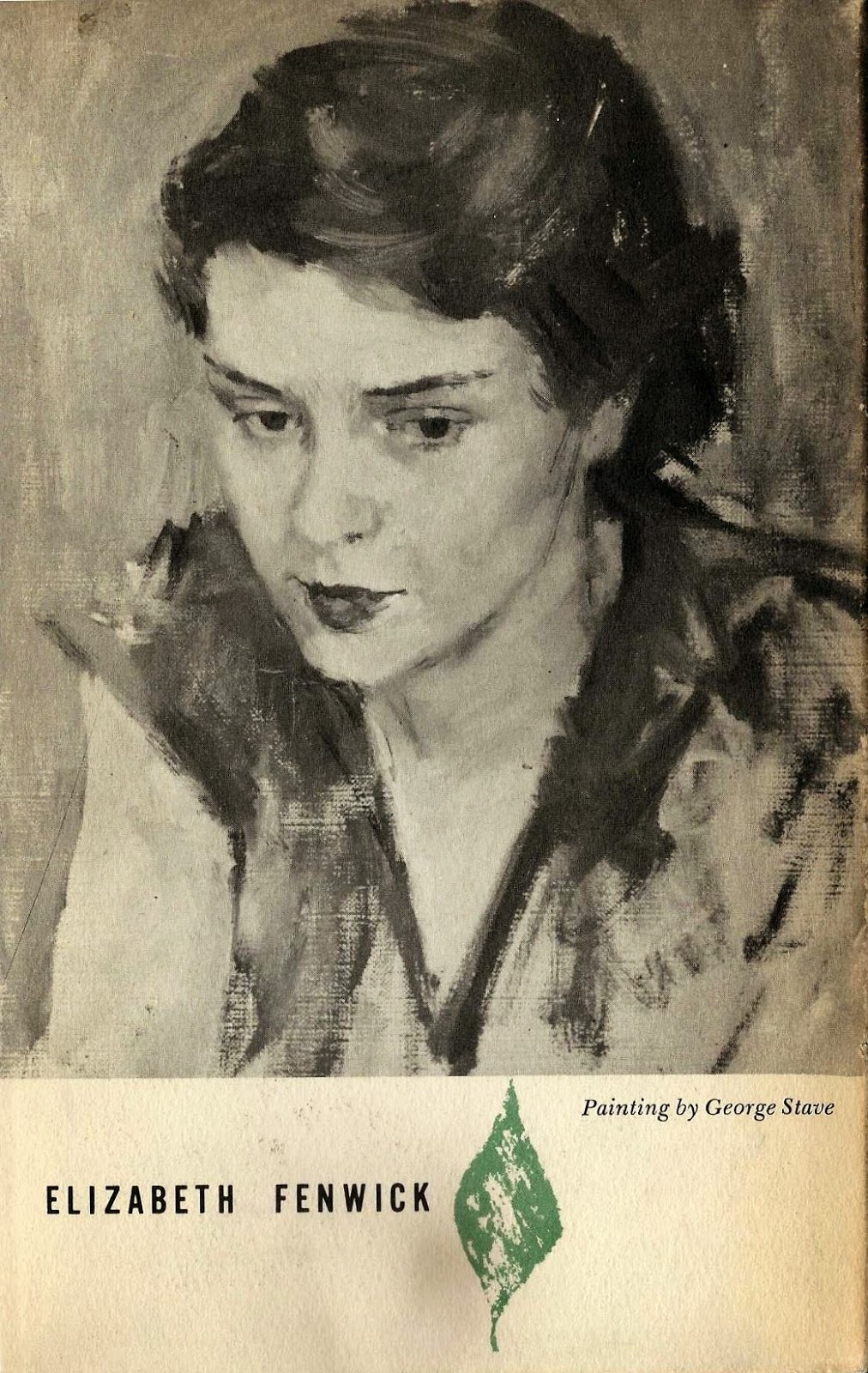 My guess is that Fenwick married Clark Mills McBurney around 1945.  As mentioned in a previous post, McBurney, a poet and Cornell University professor of French, grew up in St. Louis, where Fenwick was born, and was a college friend and mentor of Tennesse Williams.  Note that Fenwick had worked as a French translator.

When Days of Plenty was published in 1956 (another novel, Afterwards, appeared in 1950), this picture of Fenwick (right) was included on the back cover of the dust jacket.

The biographical blurb claimed that Fenwick was born in 1920 and that Days of Plenty was her third novel.

Neither claim was true. Fenwick was born in 1916 (she left St. Louis in 1920), and Days of Plenty was her sixth novel. But then the early trio of detective novels seems to have been officially scrubbed from her biography by this time! Of course she made a big return to crime fiction, as I have discussed, in 1957.  But by then it was labeled "suspense." 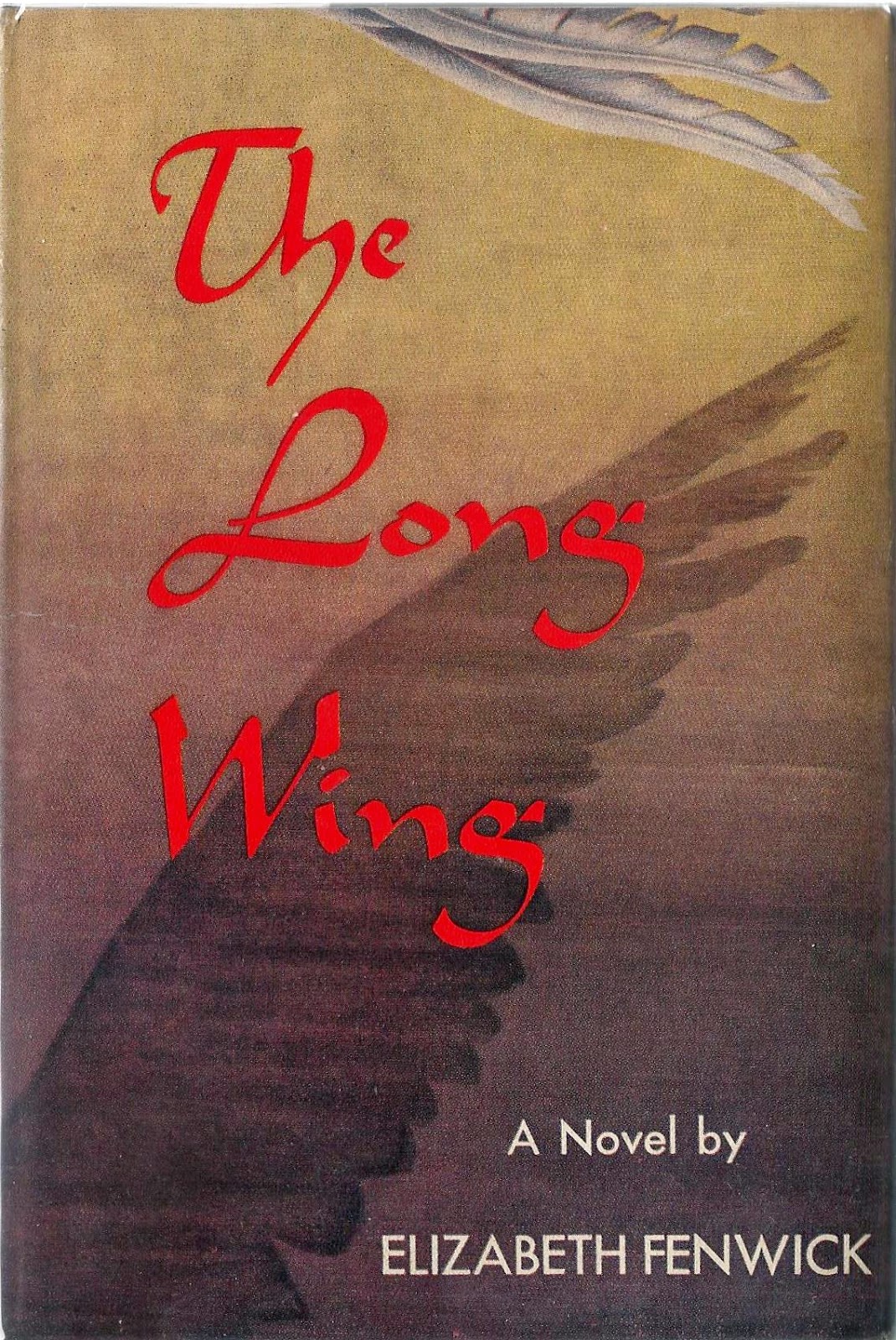 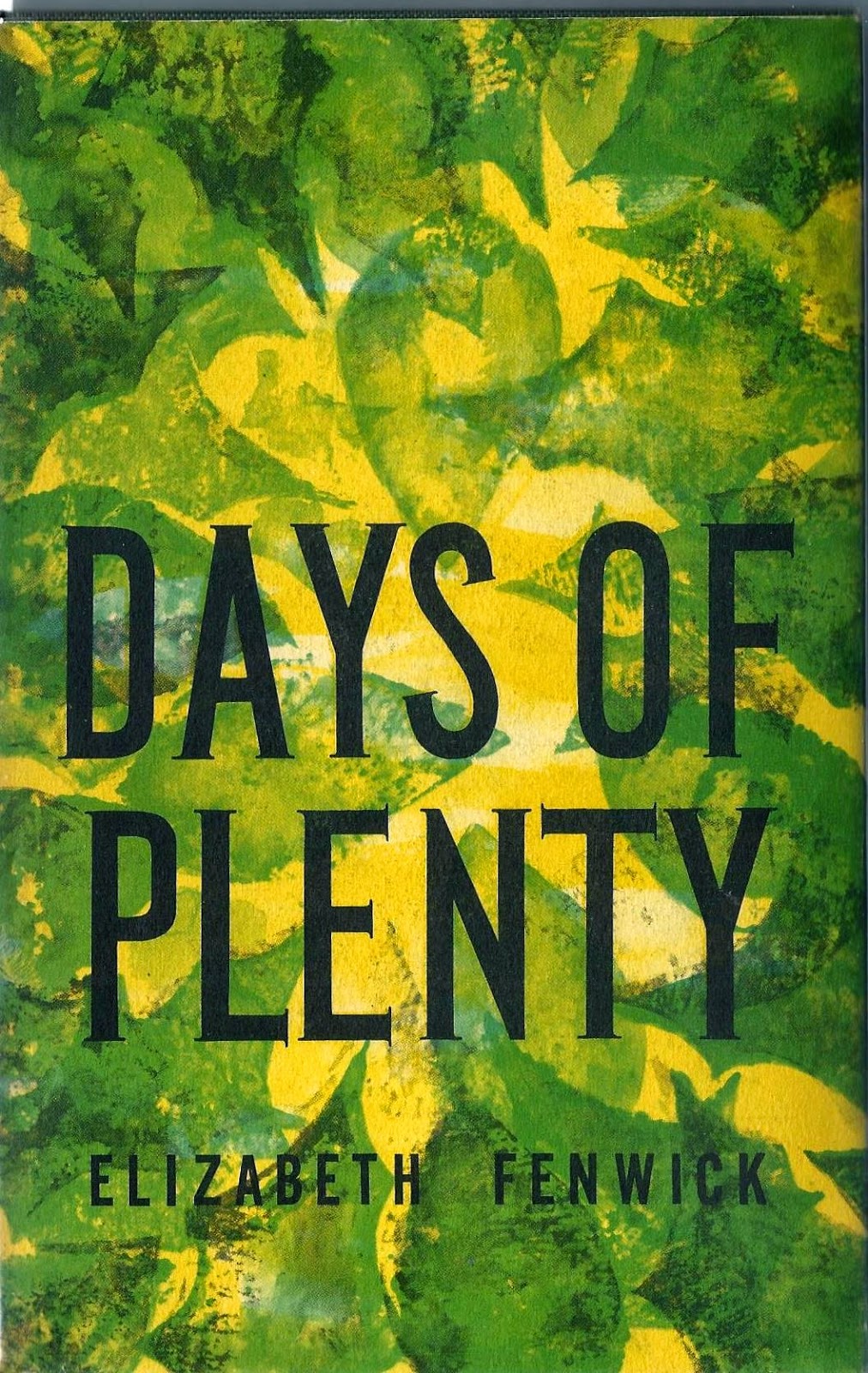 Posted by The Passing Tramp at 2:02 PM