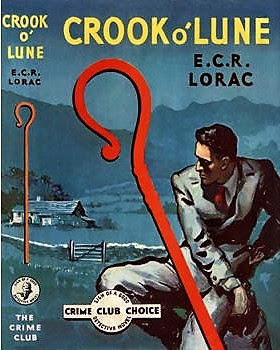 Here is another story about Lunesdale, written to give pleasure to kind friends from far and wide who have written to me and asked for another book about our valley, not forgetting Giles and Kate Hoggett.  To all of you, in the U.S.A. and Canada, in New Zealand and Australia, I can give an assurance that a place like High Gimmerdale really does exist, in the fells south of Lune.  No inhabitant of "Wenningby" will have any doubt about that.  But will all of you please remember that this is a story, no more.  If I have used some real facts, such as the sheep-stealing on Whernside, and if I have taken liberties with ancient history and adapted Benefactions to the base uses of detective fiction, it is only to make a story whose very roots grow in the place.

No character in this book is real--except perhaps the Hoggetts, and they bear me no ill-will for even having turned their cows into fiction.  And to those of you overseas who think you might be descended from bygone Teggs and Fells and Shearlings and Lambs, well, the folk in this valley are a fine race, so good luck to all of you.  Incidentally, the house I have called Aikengill is not for sale, nor is it to let.  I live in it myself.

ECR Lorac's foreword to her 1953 detective novel Crook o'Lune suggests her not insignificant role--along with, certainly, Patrica Wentworth and Agatha Christie (with their Miss Silver and Miss Marple mysteries, respectively)--in helping to fashion the "cozy" country mystery so popular today.  I tend to think these books proved even more popular outside of England than within it (as Lorac's foreword suggests)--its often being easier, I think, to idealize something with which one is not actually all that familiar.  Absence makes the heart grow fonder, as they say, and distance makes it harder to spot unsightly blemishes.

However, by 1953 ECR Lorac lived in the Lancashire countryside about which she wrote and which she clearly very much adored.  How much do her Lunesdale tales really idealize Lunesdale?  Sure, there's the focal character (another author substitute?), Gilbert Woolfall, who lives in the, well, cozy old stone farmhouse of Aikengill, which is based on the author's own beloved Lancashire homestead, Newbanks.  But the country life Lorac writes about in this novel is not exactly glamorous.  This is not the locale of country houses and genteel life, it's the domain of small freeholders and sheepherders.  It's more Brokeback Mountain (absent same-sex attraction) than Downton Abbey, in other words.  There aren't even, really, any quaint villages, the district where all the troubles take place being too sparsely populated for such.


In this sense Lorac's Lunesdale books, especially Crook o'Lune, seem more exercises in rural realism, looking ahead not so much to the modern "cozy" but rather to crime novels of rural realism like Stephen Booth's excellent Cooper and Fry series (set, incidentally, in Derbyshire, home of the hermit's cave I discussed in my last post, which also concerns Lorac).

I don't want to push this comparison too far though.  As I recollect one of the Booth novels I read includes a distressing description of  a woman freezing to death in the snow, including the unlovely detail of a hare stopping by to defecate on her neck as she expires.  This sort of thing you won't find in such unpleasant detail in Lorac's Lunesdale, though the author does include a chilling anecdote about the death of a man who was trapped by snow in his cottage with insufficient provisions.


There is, however, not just natural death (or is it?), but murder and arson and sheep-stealing too--the latter crime, perhaps, being the one which most distresses the locals.  Though not exactly the stuff that one associates with classic British mystery in its Golden Age heyday (there's not a single bludgeoned baronet, nor a body in a library for that matter), the plot is nicely turned out; and the local color is impressively sketched indeed.

Perhaps the closet comparison I can think of to Crook o'Lune is another Fifties crime novel, Licensed for Murder by John Rhode, another British mystery steeped in a rural milieu (one with a beautifully dovetailed plot), which I discuss in some detail in my book Masters of the "Humdrum" Mystery.  Like ECR Lorac, John Rhode (in real life John Street) wrote lovingly yet realistically about crime and the country in Fifties England.  I might also mention Ngaio Marsh's interesting and folklorish Off with His Head (Death of a Fool in the US), but for Marsh's ever-present preoccupation with the gentry and that great social scourge of Fifties Britain (at least in Marsh's view): "inverse snobbery."

Original touches that are unique to Lorac come through, however.  Her charming farming couple, Giles and Kate Hoggett, make cameo appearances (and their debut novel, The Theft of the Iron Dogs, is nostalgically recalled by Lorac's sleuth, Inspector Macdonald).  Lorac's disdain with canting, cold-hearted clerical moralists is in evidence, especially in its acid portrayal of the local minister.  (Lorac herself was, I understand, a most humane believer, incidentally a Friend of Westminster Abbey who attended the 1947 Royal Wedding of the UK's currently reigning monarch.)  The shepherd Aaron Tegg (the name recalls Lorac's likely, though far distant, country ancestor Aaron Rivett) is a character who attains some poignancy, I think, contradicting those who say that in her crime fiction Lorac only ever fashioned stick men and women.

In highly praising Lorac's Crook o'Lune (in the US Shepherd's Crook) American mystery critic Anthony Boucher pronounced the novel an "almost anthropological study of the mores (criminous and otherwise) of a community...that hardly seems part of this century."  There are some, I suspect, who might well be bored to tears by the tale Lorac spins in Crook o'Lune, but I personally found the novel captivating in its commitment to telling, as the author herself put it her foreward, "a story whose very roots grow in the place."
Posted by The Passing Tramp at 3:04 AM