My blog activity in 2016, the fifth year anniversary at the blog, was mostly devoted to discussing writing projects of mine: the original essay collection I edited called Murder in the Closet (more on this soon) and introductions to vintage mystery issues by Crippen & Landru (Patrick Quentin's The Puzzles of Peter Duluth), Coachwhip (Clifford Orr's The Dartmouth Murders, 1929, and The Wailing Rock Murders, 1932, Louis F. Booth's The Bank Vault Mystery, 1933, and Brokers' End, 1935, Katherine Woods' Murder in a Walled Town, 1934, Anita Boutell's Death Brings a Storke, 1938, and Cradled in Fear, 1941, and Ada Lingo's Murder in Texas, 1935) and Dean Street Press (20 E. R. Punshon titles, 6 reissues by Molly Thynne, and over 30 of Patricia Wentworth's mysteries--the ones without Miss Silver). That's 1 book for Crippen & Landru, 8 books for Coachwhip and nearly 60 for Dean Street Press, for a total of nearly 70 books (though "only" 22 individual introductions, I believe).

The Punshon project was the most involved, extending back two years now and seeing the reissuing of Punshon's entire oeuvre of Bobby Owen mysteries (35 novels, 5 short stories and 1 radio play).  In total I wrote around 30,000 words in introductions for the series, making them collectively rather like an additional chapter to my two books on British mystery writers, Masters of the Humdrum Mystery (John Street, Freeman Wills Crofts, J.J. Connington) and The Spectrum of English Murder (Henry Wade, G.D.H. and Margaret Cole).

But I enjoyed as well writing about Patrick Quentin (about whom there is yet more in Murder in the Closet), and Molly Thynne, Clifford Orr, Louis F. Booth, Katherine Woods, Anita Boutell and Ada Lingo. More is on the way this coming year, 2017.  I have already written an introduction for Eleanore Kelly Sellars' Murder a la Mode (1941), which will be out in January, and introductions for Elizabeth Gill's three "Benvenuto Brown" detective novels--Strange Holiday (1929), What Dread Hand? (1932) and Crime De Luxe (1933)--which will be out in February.  And there is much more to come!

On the blog I had lengthy pieces on the lives of crime fiction writers Kurt Steel, Amen Dell and Gordon Meyrick (all of whom are coming back in print in the coming year), Phoebe Atwood Taylor and the mother and daughters Helen Reilly, Mary McMullen and Ursula Curtiss, as well as crime fiction illustrator GP Micklewright; a long discussion about controversy surrounding Miles Burton's The Chinese Puzzle (1957); and reviews of Margaret Maron's Christmas Mourning (2010), Mary Roberts Rinehart's The Yellow Room (1945), Jonathan Stagge's The Three Fears (1949), Phoebe Atwood Taylor's The Annulet of Gilt (1938), Victor Gunn's Three Dates with Death (1947), George Bellairs' The Dead Shall Be Raised (1942) and Death on the Last Train (1948), W. Bolingbroke Johnson's The Widening Stain (1942), M. C. Beaton's Death of a Travelling Man (1993) and Death of a Bore (2003), Helen Reilly's Name Your Poison (1942), Mary McMullen's Strangle Hold (1951), Ursula Curtiss' The Noonday Devil (1951), HRF Keating's Inspector Ghote's Good Crusade (1966), Gordon Meyrick's The Body on the Pavement (1941), Colin Dexter's Service of All the Dead (1979), Douglas Clark's The Longest Pleausre (1981), Helen McCloy's She Walks Alone (1948) and Gladys Mitchell's Groaning Spinney (1950).

Of these 20 latter books, I would say the best was The Widening Stain, a classic American mystery in an an academic setting. Rue Morgue Press did reissue this one, but it has since gone out of print. Hope someone brings it back!

I wish my blog readers a happy new year and I promise to try to do more reviews while I keep my off-blog writing activities going.  The coming year holds promise of many interesting things, and not just in the world of vintage mystery. 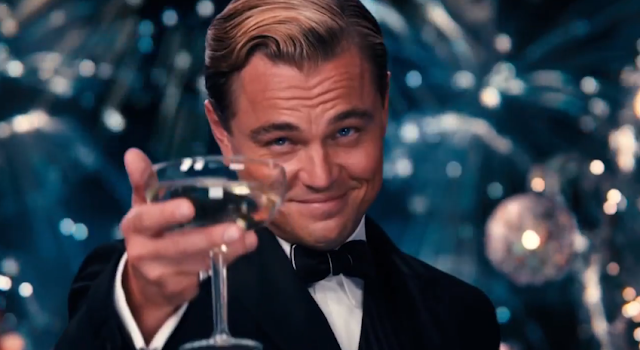 Posted by The Passing Tramp at 1:59 PM