For Stagge Hunters: Some Pictures of Hugh and Dawn Westlake

Vintage mystery writers Rickie Webb and Hugh Wheeler are most renowned for their Patrick Quentin detective novels, many of which were about series characters Peter and Iris Duluth, a charming murder-foiling couple, yet as Jonathan Stagge they also published nine entertaining novels and a novella, all of which detailed the sleuthing adventures of rural New England country doctor Dr. Hugh Westlake, whose irrepressible daughter Dawn frequently appears in the tales as well.

If you ever wondered what Dr. Westlake and his daughter looked like, here is one artists' notion, taken from the serialization, eight decades ago, of the Stagge novel Turn of the Table, under the title The Table Talks.  It comes from the pages of the October 27, 1940 issue of The American Weekly, a Sunday newspaper supplement published by William Randolph Hearst.  "Filled with scantily clad showgirls and tales of murder and suspense," The American Weekly boasted of having over fifty million readers.

In the first illustration an accusatory Dr. Westlake confronts golden-haired siblings Linette and Oliver Thorpe and their stepbrother Greg Banister.  Dawn appears in the third picture.  What do you think of the likenesses?  I threw in the back cover ad as well! 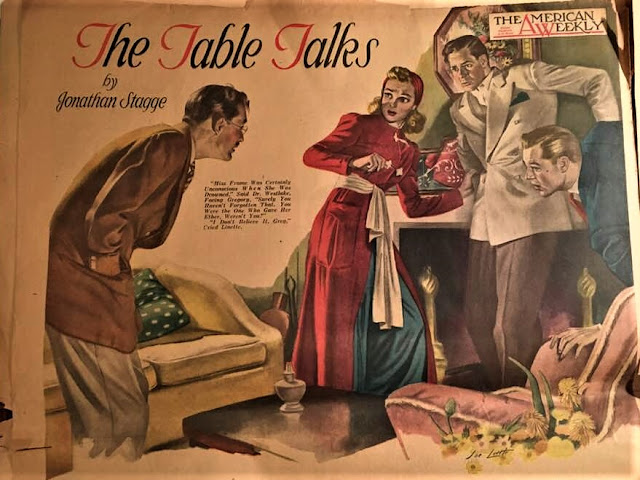 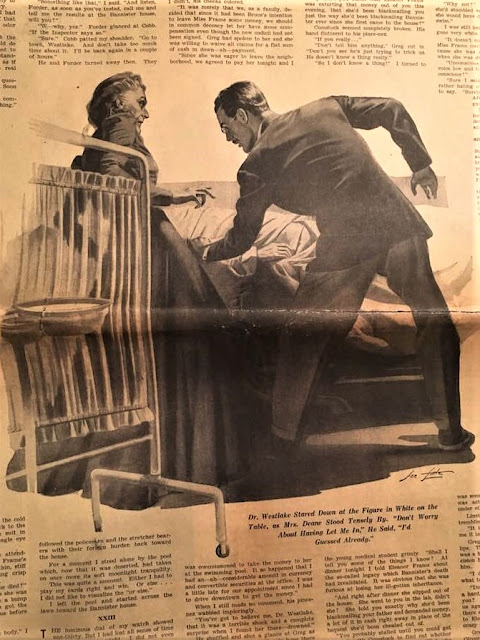 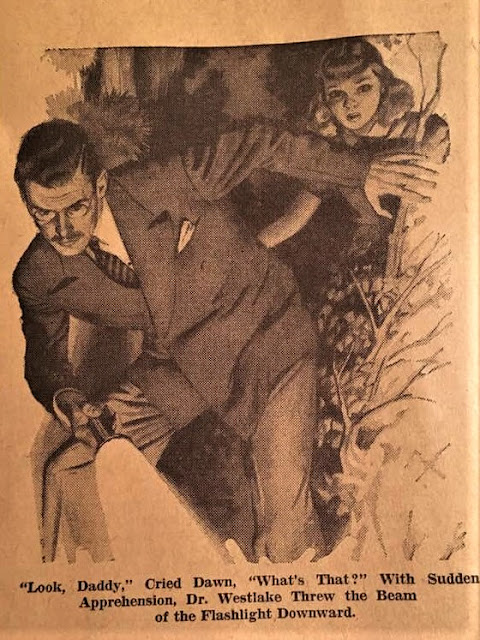 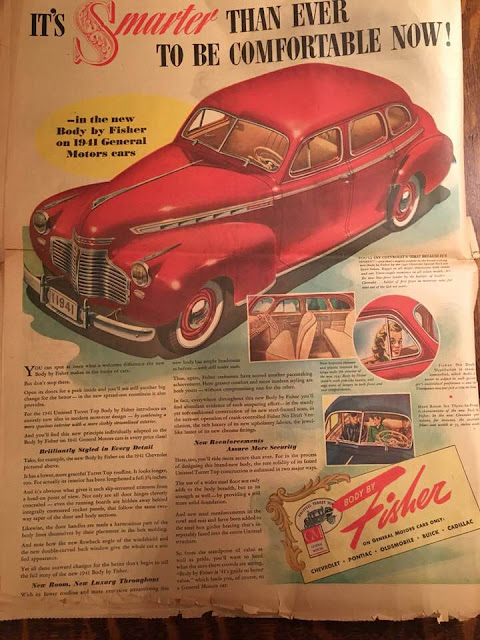