Wicked Witches Teem in Teene: The Case of Alan Copeland (1937), by Moray Dalton 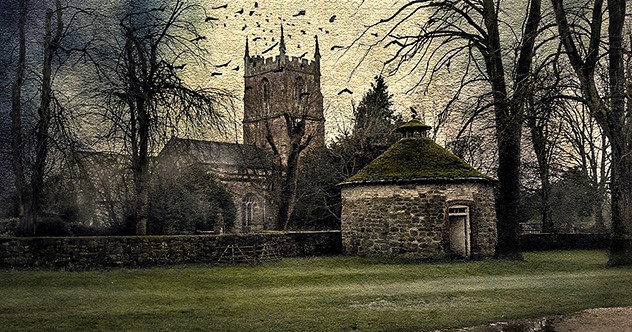 There are no literal witches in Moray Dalton's The Case of Alan Copeland (1937), but the novel teems with figurative ones.  In the village of Teene, where most of the events of the novel take place, we find

Alan Copeland's awful older wife, Mabel, who years ago ensnared in holy wedded matrimony Alan, once a promising young artist, and now most decidedly leads him a dog's life, having both a cruel tongue and control over the purse strings

Mabel's sponging best friend, Emily Gort, a pink-nosed, icily genteel and censorious spinster of the parish who dotes equally upon the austerely scholarly vicar and her great ginger tomcat, Bobo

Mrs. Simmons, the enormous, venomous owner of the crossroads shop and garage, respectively presided over by her "flapper" daughter Irene and her taciturn nephew, Ern

Gertrude Platt, the local schoolteacher, who despises her charges almost as much as she adores her unorthodox art and books, including Theophile Gautier's gender-bending novel Mademoiselle de Maupin (1835) and contemporary works by Andre Gide.

To be fair, the Vicar, Reverend Henry Perry, isn't any better than this monstrous regiment of women, resembling as he does the coldly pedantic Reverend Casaubon in Middlemarch.  Anyone, you would think, would murder to get out of this village.  And murder someone does!  But why??? 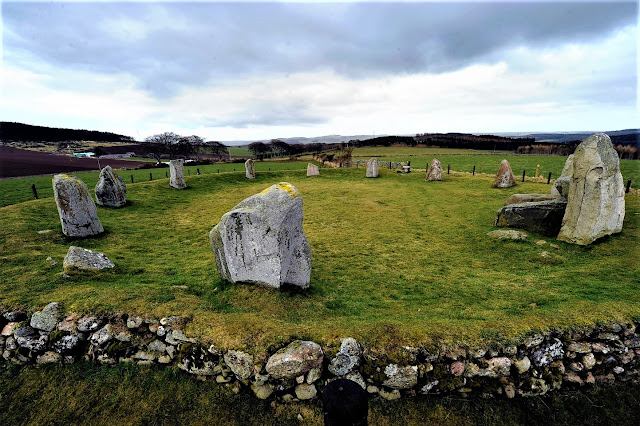 Mild, fragile Lydia Hale, who works in the dreadful bargain basement of a London department store, becomes the unwitting catalyst to murder when she visits her uncle, the vicar.  She and Alan fall in love, even rather unexpectedly doing the deed, Thomas Hardy fashion, at one of those scenic stone circle formations one finds in Britain.  Primitive!

This is the sort of thing I love about Moray Dalton.  In how many mystery novels of the period does the author allow her heroine not only to have out of wedlock sex but to get pregnant, all without recriminations against her character?  (The only people who criticize her are not people we like.)  Of course the author, Katherine Mary Dalton Renoir, herself does not seem to have led the usual sort of life for a woman from that day.

Unfortunately Lydia's fling with Alan ultimately lands him in the soup when his wife dies and her body is later exhumed, revealing she is more full of arsenic than a Victorian flypaper!  After Alan is arrested, can his mild, mother dominated lawyer, John Reid--a character who seems like he stepped out of Josephine Tey's The Franchise Affair--and the private detective George Hayter, a former Canadian mountie, save him from the hangman?

The Case of Alan Copeland was Moray Dalton's seventeenth detective novel and the first one published after the Hugh Collier series mystery The Strange Case of Harriet Hall (1936), reissued earlier this year.  (Why Harriet Hall's case and not Alan Copeland's is strange, I'll leave you to decide.)  A dozen more Dalton novels would follow over the next thirteen years.  Dalton definitely had her style down now by now and her seasoned readers will be able to pick up on certain common features in her books: the poisonous older wife, the sympathetic young woman, the suffocating village, the unorthodox sexuality, the purposefully drab private investigator, the trial.  But Dalton's characters and settings are so vividly presented it all seems fresh.  Alan Copeland would make a fine British television mystery film, with all the darkness already in the text, making it unnecessary for any screenwriter to invent it.

Some bloggers--well, one anyway--didn't find Harriet Hall sufficient as a novel of detection, so what about Alan Copeland?  Well, once again the focus is on the characters impacted by a mystery, but there is detection, particularly in the investigation of the origin of some poison pen letters, which is highly pertinent to the solution.  When you find the identity of the murderer, I think you will see indications were laid throughout the book, but you will have to judge this case for yourself, of course.

I think we get some clue here of what the author was trying to do when Miss Platt tells George Hayter, "You're not true to type...."In novels private detectives are always either foreigners or a mass of affectations.  You're more like an ordinary policeman in mufti."

So you won't be getting Hercule Poirot or Albert Campion here, but you'll still feel like you're in the same literary world as that inhabited by Agatha Christie and Margery Allingham and other Crime Queens.  Dalton was a mystery writer who could both plot an interesting story and compose an intriguing sentence.

For my part, I'll say it again: I love Moray Dalton's mysteries and find them superbly readable.

Whenever I start one one evening, I always have to finish it by the next.  If I ever do favorite crime writer list, she most definitely will be there.

I'm happy to announce that The Case of Alan Copeland will be reprinted by Dean Street Press next year, along with four additional titles.  There will be another set of introductions by me.
Posted by The Passing Tramp at 3:39 PM