Well, this was a pleasant surprise!  A few weeks ago I had never even heard of, let alone seen, the 1979 film adaptation of The Riddle of the Sands (1903), the important early espionage novel by Robert Erskine Childers.  It's a much more faithful film adaptation of a book than the 2008 film The Thirty-Nine Steps, and a better film all round, in my view.

Childers' novel is about two English gentleman, Carruthers and Davies, who discover nefarious doings by Germans while on a yachting holiday off the Frisian Islands in the North Sea.  Carruthers, who holds a position in the Foreign Office, has joined Davies at the latter man's behest, Davies suspecting that another yachtsman, a German named Dollman, tried to engineer a fatal accident for him. Can two English gentleman foil the machinations of the German Empire?  Do you have to ask twice, old man? 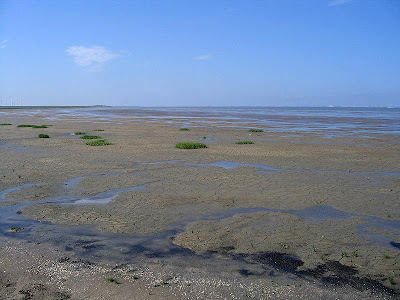 The 1979 film adaptation was directed by Tony Maylam, whose only other film I recognized was the early slasher "classic," The Burning (1981)--not exactly, one might be forgiven for thinking, a hopeful portent for The Riddle of the Sands.  On the other hand, the seasonal classic film A Christmas Story (1983) was directed by the guy who also gave us the pioneering slasher film Black Christmas (1974), so who is to say about these things, really?

The two leads in Sands are Michael York and Simon MacCorkindale.  Michael York was in an impressive run of successful films back in the 1970s, including (vintage mystery fans will recall) Murder on the Orient Express (1974), and he has kept quite busy acting for decades now, including in the farcical hit series of Austin Powers spy films, but Simon MacCorkindale a long time ago went off the map--in my case, anyway.

I immediately recalled him from another Agatha Christie film, Death on the Nile (1978), in the major role of the husband of the first murder victim.  He seemed like he might be going places on screen, but by the 1980s he was doing films (and not even in the lead) like The Sword and the Sorcerer (an early--and rather dire--modern fantasy film, which I recall seeing at the movie theater with high hopes back in 1981) and Jaws 3-D (urk! I also saw this at the theater--some taste I had, huh), not to mention the very short-lived television series--a one-time joke punchline--Manimal.

Apparently in the last decade MacCorkindale was best-known for appearing in a British television medical series, Casualty.  Sadly, he died just a couple years ago from cancer, at the untimely age of fifty-eight.


In Sands, MacCorkindale is actually third-billed after not only York, but lovely Jenny Agutter, who provides the mild love interest in the film.  (She plays Dollman's daughter, Clara.)  I knew I had seen Agutter in something before, and it turned out to be the hit horror film An American Werewolf in London, yet another early eighties film I saw at the theater.  (She was the sexy and sympathetic English nurse.)

Slightly older people (particularly males) likely remember her for Logan's Run (1976), in which she co-starred with Michael York.  (In Riddle of the Sands Agutter is interested in MacCorkindale, not York, however.)  She has long line of credits over on imdb, many of the ones from the last thirty years in British television, including the popular new series Call the Midwife.


Though third-billed, MacCorkindale actually seemed to me the main character.  I thought he was quite good as the rather wonky yachtsman, preoccupied with details of navigation and cartography (he's a lot like the author John Street in this regard), but still smitten with the winsome Clara.  York provides some droll fun and interest, however, as the immaculately dressed and hoity-toity Carruthers, initially shocked to the tips of his wingtips by the crude conditions aboard Davies' rather humble craft, the Dulcibella, but who later transforms into a man of action.

For much of the time in Sands, the viewer might be forgiven for thinking that the film might have been better titled Two Men in a Boat.  But I loved the detail about sailing and all the scenes of the sea and the German coast (actually it is the Dutch coast that was filmed, I think).  This is one of the respects in which the film is very true to the novel.

The film is more leisurely than modern "action" flicks, to be sure, but I found it a nice change of pace, personally.  (The book itself is quite leisurely paced.)  And it benefits immeasurably from the fine cinematography by the late Christopher Challis (who died just last year) and a wonderfully evocative score by Howard Blake.

A modern version of this film probably would have Clara playing a major role in all the derring-do (a la 39 Steps 2008), but in this regard Sands does not shift too much with the tides of time. (To be sure, Agutter is given more to do than book Clara, but she does not become an action heroine.)  This film struck me as a rather remarkably faithful adaptation. It is well worth watching.
Posted by The Passing Tramp at 7:21 PM