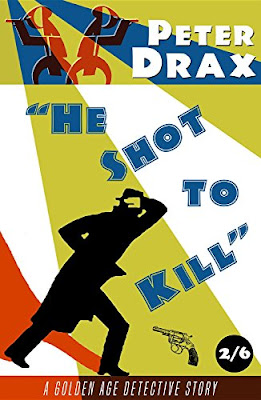 This month Dean Street Press has reprinted six of the seven Golden Age crime novels of Peter Drax (Eric Elrington Addis), one of the great, though in modern times largely unheralded, exponents of the realistic crime novel during the Golden Age of detective fiction.

Addis was born in Edinburgh, Scotland in 1899, not long before the commencement of the Boer War, and died during the Second World War in 1941, a casualty of a German air raid on the British Royal Navy base at Alexandria, Egypt.

Together the Drax novels constitute one of the most important bodies of realistic crime fiction published during the Golden Age.  Rather than the artificial and outsize master sleuths and super crooks found in so many classic mysteries from the Golden Age, Drax's novels concern, as contemporary publicity material for the books put it, "police who are not endowed with supernatural powers and crooks who are also human."  They are, in other words, books about "real" people.


Two of the Drax novels, Death by Two Hands and Tune to a Corpse, were published in the United States, home of Dashiell Hammett and his progeny, to quite strong reviews. (In the US they were re-titled, respectively, Crime within Crime and Crime to Music).

The Saturday Review of Literature, for example, pronounced of Crime within Crime that "as a straightforward eventful yarn of little people in the grip of tragic destiny it's brilliantly done" and of Crime to Music "London underworld life is described with color and realism."  The Drax books were very well received in the UK too, where mystery writer and Sunday Times reviewer Milward Kennedy was a particularly enthusiastic and notable booster. 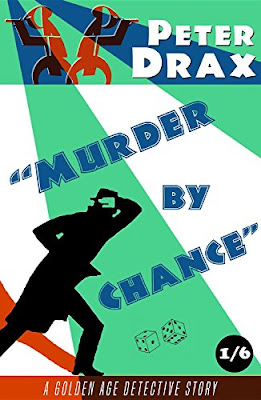 I'll be saying more here about the two "American" Draxes soon, I hope.  In the meantime, Eric Addis, I should mention, was a distinguished British naval officer, serving in the Second World War as Commander on HMS Warspite during the Second Battle of Narvik, a naval affray which took place during the Norwegian campaign; and dying in the line of duty, as mentioned above, at Alexandria, Egypt.

In the 1930s he left the navy and practiced as a barrister, specializing in fields of admiralty (naturally) and divorce. During commutes to work in London he read and dissected thrillers, and concluded that the vast majority of them were lamentably unlikely affairs. He set out to writer thrillers that were "credible."

Happily, in his relatively short live Addis achieved that goal, in addition to spinning seven gripping and often grim tales--not at all what people often think of, stereotypically, as the stuff of the "Golden Age."  Try them for something different, or if you are already a fan of the "tough" American crime fiction from the same era.  There's more on Addis/Drax and the books in my introduction to the series.
Posted by The Passing Tramp at 1:14 AM