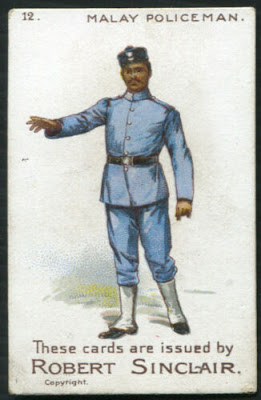 Note: Recently Coachwhip has reprinted, in one volume, two detective novels by American author Dorothy Cole Meade (1893-1979): Fatal Shadows (1933) and Death over Her Shoulder (1939).  With their settings in British Malaya and native Malayan series sleuth, Ismael, they seem to me rather unique in Golden Age mystery.  I have written an introduction to this volume, but I will say something here on the blog too, first on the books themselves and then on the author and her interesting family.

“This is certainly one devil of a case, Ismael,” Campbell admitted, knitting his sandy eyebrows….Give me a nice straightforward Malay or Chinese killing every time, what?”


“They are simpler certainly.  When a Malay kills it is plain sailing….Nevertheless…I have found that the same passions rule the hearts of all races.”

“I’ve tried to play cricket with you, but it’s impossible.  A man is coming up from Johore to take over the investigation, and he wants everyone kept here until he arrives.”

“Who’s coming?  Anyone we know?” Mike Sullivan asked, with an undertone of anxiety in the voice he tried to keep casual.
McCleary, who had started to turn away, stared at him with hard eyes.  “Sergeant Ismael will take charge.  He is leaving at once.”

Sullivan, with a worried expression in his cat-green eyes, said slowly, “He is a native—and one of the smartest detectives in the East.” 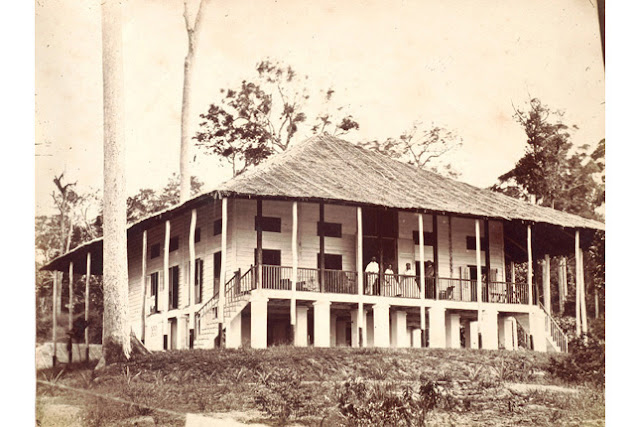 Chauvinistic white interlopers’ perceptions of the native peoples of the foreign lands over which they have presumptuously attempted to exert lasting dominion figure throughout Dorothy Cole Meade’s corpus of detective fiction, consisting of three novels, Fatal Shadows (1933), , The Shadow of a Hair (1939) and Death over Her Shoulder (1939).  (From 1938 there is also a fourth, mainstream or “straight” novel, Hostages, set in Batavia in the Dutch East Indies, aka modern-day Jakarta, Indonesia.)  All three of the author’s detective novels are set in colonial British Malaya, not long before the deluge of the Japanese invasion that would help precipitate the sweeping away of European colonial regimes in the Eastern hemisphere after the Second World War.

Fatal Shadows introduces the Malayan Muslim series sleuth Ismael, a police sub-inspector in the Sultanate of Johor (spelled Johore in the novels), one of Britain’s so-called protected states in the Malay Peninsula throughout the 1930s, the decade in which Dorothy Cole Meade published her mysteries.

On first encounters with Detective Sergeant Ismael, native European sojourners in British Malaya tend to underestimate the diminutive and self-effacing Malayan, who resembles “an ordinary Malay servant dressed up in a khaki uniform.”  Yet later they find to their dismay what Ismael’s white police colleagues already know: that those who discount Ismael do so very much at their own peril, for the shrewd and misleadingly mild Muslim is no white man’s (or woman’s) patsy.  As Ismael’s superior, the Scotsman Campbell, reflects to his assistant in Fatal Shadows: “It has been you who has solved most of the crimes in Johore.  I just do the hack work that gives you the inspiration.”

Campbell goes on with unintended irony to observe to Ismael, “It’s a damn shame that you aren’t white so that you could have proper recognition,” never perceiving that the larger “damn shame” might be the entire colonial system which prevents non-white men (or women) from receiving “proper recognition” for their abilities and accomplishments.  However, Ismael responds politely to his superior (in title) with reflections that are both practical (“My place is in the background beside you.  With you before me, no one notices a fat old native, and I can work better.”) and philosophical (“What could the government give me that could bring me happiness?  The Malays have the art of living.  I wouldn’t change with a white man.”)  To which Campbell concedes: “I guess you’re right at that, Ismael.  Look at these people we’ve been talking to tonight.  All of them are miserable about something or other.”

In Fatal Shadows (dedicated to Dorothy Cole Meade’s remarkable mother Marilla), Ismael’s criminal investigation concerns the stabbing slaying, on the grounds of the old stone Rest House in Johor Bahru, capital of Johor, during the evening of the natives’ raucous celebration of the Sultan’s birthday, of beautiful and compulsively alluring Ailsa Brownley, whom many a miserable white man (and woman) in Johor had more than enough reason to want to murder.

In Death over Her Shoulder, Ismael’s criminal investigation concerns the stabbing slaying, at her bungalow on the isolated Semang Rubber Estate (fifteen miles outside of the city of Kluang), of another, this time seemingly inoffensive, woman, Lydia Bosworth, of whom it emerges that many may have had ample reason to want to see her dead too.

Both Fatal Shadows and Death over Her Shoulder (and for that matter The Shadow of a Hair) are interestingly plotted and peopled, with real characters of flesh and blood and sometimes surprisingly “modern” passions and a sleuth who is unique, as far as I am aware, in Golden Age Anglo-American mystery; yet the quality in them which most stood out for contemporary reviewers was the atmospheric setting.  A review of Fatal Shadows in the Catholic journal America observed stresses this point:

Dorothy Cole Meade has given us a mystery that is decidedly out of the ordinary, not so much in the skeleton of the plot, but in the unique setting and the mode of development.  It is always refreshing to read a story in a land we little wot of, provided we feel sure the events narrated really occurred in the alleged place.  There is no better word to describe what is meant than the trite one—atmosphere.  Fatal Shadows darken the picture in Johore, and the Malayan atmosphere forms a fitting background for Ismael, “an inscrutable native, whose soul technique is the application of his intuitive knowledge of human nature.”  Over all the characters, American, English, Dutch, there blazes down the merciless Asiatic sun, rendering away the folds of pretense with which caution is wont to cloak the human emotions.  Thus Ismael is able to read aright the riddle of several deaths and the Fatal Shadows are lifted.

Similarly “Judge Lynch” of the Saturday Review delivered a very favorable summation of Death over Her Shoulder: “Good background, tense atmosphere, ready-made hero, sophisticated friends and cross-currents of emotion help make a pretty tangle.”  The novel marks a step up, in my view, from Fatal Shadows, both in concealment and characterization and in the fact that Ismael pleasingly plays a greater role in the narrative, taking over the investigation from the floundering local man, McCleary, who admits to being “out of my element” in this, his “first white murder case.”  The investigation which follows is, indeed, Ismael’s final recorded triumph, though Ismael, calculatedly self-effacing to the end, on parting from the dazed surviving white people at the Semang Rubber Estate once again dons the humble yet deceiving mask of the native Malay servant, leading one of his former suspects to reflect, now with some measure of disappointment, “Why…he’s nothing but a native after all.  I’d forgotten.”

The artful Ismael has fooled them yet again.
Posted by The Passing Tramp at 9:25 AM