Coming Attractions in February and March: All for the Love of the Crime Ladies

I was kept rather busy most of January, so was not even able to finish my Ten Carrs of Christmas.  Which puts me in a quandary: do I do finish them now, or in December?  What do you think? 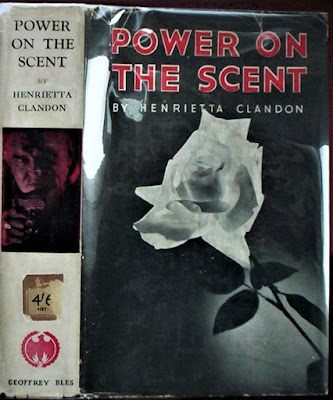 What I was doing, however, was completing introductions to Dean Street Press' new set of Golden Age Moray Daltons and first set of Golden Age Henrietta Clandons (including one of my absolute faves from the era, Good by Stealth), as well as a new article on poison pen mysteries in fact and fiction for CrimeReads and an introduction to the latest Bernice Carey "twofer" by Stark House, which collects her mid-century crime novels The Reluctant Murderer and The Body on the Sidewalk.

The Reluctant Murderer I reviewed, quite favorably, here in 2018.

Speaking of Stark House, their new Ruth Fenisong twofer, for which I wrote the introduction, is out now.  At this blog I have written enthusiastically about both the author and her work.  Like Bernice Carey, she is another accomplished mid-century American woman crime writer.  Although her career in the genre was longer lived than Carey's, both she and Carey fell out of print, most unjustly, after they stopped writing crime fiction.

So that is four women vintage crime writers, two British and two American, whom of late I have been involved with resurrecting, which is always a great feeling.  Except one of them wasn't actually a woman: Henrietta Clandon.  As Austin Powers might say, she's a man, baby!  But don't fret: as someone else said, approximately, a rose by any other name smells as sweet.  More anon.
Posted by The Passing Tramp at 3:05 PM