It's a cool night!  Pull yourselves up and get warm by the glowing television! It's Jonathan Creek!  A murder has just been committed...By a dead man.... 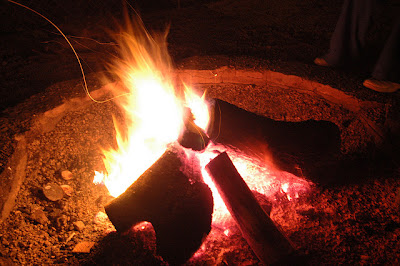 I only watched Season One of the British mystery series Jonathan Creek for the first time last summer, but was rather impressed with it.  Earlier I had only seen the first three episodes of the third season and could not quite see what all the fuss was about.  Having watched all of Season Two to go along with Season One, I now definitely see what all the fuss was about.

As the fans already know, Jonathan Creek is an homage to the subgenre of impossible crime/miracle problem mysteries most strongly associated with Golden Age detective novelist John Dickson Carr, but which also appeared in the work of other writers from the period, such as Clayton Rawson, Hake Talbot, Anthony Boucher, Ellery Queen and John Rhode/Miles Burton.  Even Agatha Christie gave us a "locked room" mystery in Hercule Poirot's Christmas (though her sister Crime Queen Ngaio Marsh heretically once had her detective, Roderick Alleyn, declare: "Don't let's have any nonsense about locked rooms").

Today we live in an age that scoffs at mystery miracles, even rationally explained ones, and the miracle problem story is not what is used to be, though it still pops up, notably so, for example, in the Bryant and May series (2004--) of Christopher Fowler--and in Jonathan Creek, which ended as a regular series in 2004 but had one-off episodes as recently as 2009 and 2010.

In Season Two, Jonathan Creek, trick designer for magician Adam Klaus, is still confronting incredibly bizarre crimes, along with his Watson, journalist Maddy Magellan.  Season Two, from 1998, had five episodes (one a two-parter); plus there was, much later in the year, a Christmas episode.  These are:

Except for one episode, Time Waits for Norman, where the resolution of the problem seemed limp to me, I thought this was a collection that would have done the master himself, John Dickson Carr, proud.

Danse Macabre deals with the Halloween murder of a bestselling, schlock horror writer (hmmmmm) and the subsequent disappearance of her murderer from a sealed garage.  How did this happen?  I hadn't a clue--well, actually I had, plenty of them, but I didn't interpret them correctly, as Joanthan Creek did!    I thought his solution was brilliant, though motivations were a bit implausible.  There was plenty of the macabre too (especially that ending, which explains one last little element of the mystery....).

The Scented Room is not sinister and it does not involve murder, but it offers a very clever problem anyway: the seemingly impossible theft of a valuable painting from a small room, the only entrance to which was under observation the whole time.

The two part episode, The Problem at Gallow's Gate, is possibly my favorite of the series.  Here the murder, the strangling of a woman in a locked house, seems to have been committed by a man who a few weeks earlier just happened to commit suicide by leaping out a window.  Like Danse Macabre, there are plenty of creepy elements in this story and some very nice miracle elements.  Also, simply as a fairly clued classical mystery, the episode was utterly superb.

Mother Redcap concerns the fatal stabbing of a British judge marked for death by a criminal gang, in his bedroom, which was under police observation the whole time.  Somehow this links in with a series of unexplained 1940s deaths at a sinister old London inn named Mother Redcap.  The explanation of both occurrences is clever indeed, as is the way they are linked.  The murder means reminded me of those in a couple Golden Age novels, one by John Dickson Carr and one by John Rhode.

Black Canary offers a classic scenario: a corpse is found dead, shot, in the snow, with no footprints in the snow except those of the victim.  This was the type of scenario worked superlatively in his heyday by John Dickson Carr, and it is carried off superlatively in Jonathan Creek.  For good measure the victim is an identical twin: figure it all out if you can!

Besides the clever problems, what makes Jonathan Creek work are the characters.

Jonathan and Maddy are not matinee idols--and what a nice change of pace that is!  Jonathan is kind of a nerd, with Peter Frampton hair (all the rage in 1977, I'm sure) and Maddy can be kind of frumpy (her appetite is a running joke).  Yet they have fantastic chemistry together and are a humorous, delightful couple.  There's an ongoing will-they-or-won't-they plot common to mystery series (see Castle, for example) that I thought might get irritating but is really enjoyable, because it is handled with such humor.

I was familiar already with Alan Davies, who plays Jonathan, but not, I think, Caroline Quentin, who plays Maddie.  I can see why she was missed when she left the series after season three--she is just a delight, a totally indomitable, unstoppable force.  If she's asking you questions and you go into the men's room to get away from her, she won't let that stop her, oh no!  She's about the best Watson ever.


A staple of the series also is its sexual comic relief, much of it involving Stuart Milligan, who plays Jonathan's infinitely lecherous magician boss, Adam Klaus. I have to admit some of these bits are really funny.  I particularly liked Adam's latest ill-advised affair in Black Canary and how that ironically dovetailed with his fear of hospitals.  It was nice seeing him get his deserved comeuppance!

Now all I have to do is dig up that Season Three set and watch those three episodes I missed....They seem to have vanished into thin air! Jonathan Creek, where are you?