Whacked in Wichita: A Frame for Murder (1936), by Kirke Mechem

Who gets murdered in Wichita, Kansas in Golden Age detective novels? Well, wealthy oil man Ralph "Lucky" Loundon does for one, in Kirke Field Mechem's A Frame for Murder (1936). Loundon's bludgeoned body is found buried high on a strawstack on the grounds of his hunting lodge, located north of Wichita.

Why isn't this novel called Strawstack, you may ask?  I have no idea (especially since I still don't understand why the book is called A Frame for Murder), but at least this mischance allowed Dorothy Cameron Disney to title her second mystery novel Strawstack three years later, in 1939 (see reviews of her book here and here). 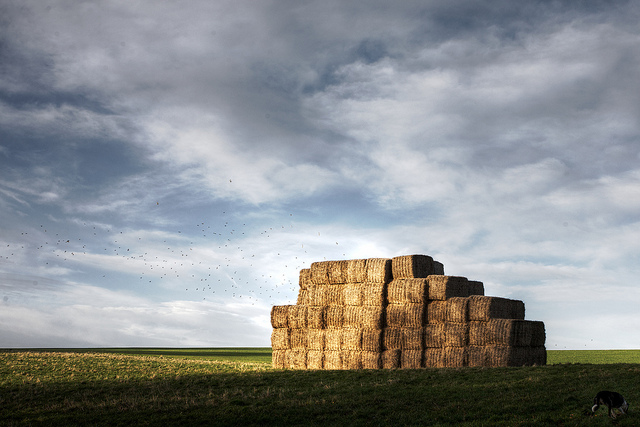 Dorothy Cameron Disney (1903-1992) was a native Oklahoman, Kirke Field Mechem (1889-1985) a native Kansan. Educated at Barnard College, New York, Disney I believe permanently left Oklahoma (despite what one might think, her Strawstack is set in Maryland, not Oklahoma), while Kirke Mechem stayed in Kansas all his life, becoming Executive Director of the Kansas State Historical Society.  He also wrote plays, including the award-winning John Brown (1938), about the controversial Civil War era abolitionist and insurrectionist.  Mechem's son Kirke Lewis Mechem, is a prominent American composer.

Kirke Field Mechem's only published novel is the mystery under review here today (A Frame for Murder was not his title choice for the book--wise man!).

Frame is a classical-style thirties detective novel, fairly clued and solidly constructed and benefiting from a unique regional setting for the period that lifts it out of the Golden Age American rut.  As such it merits reading--if you can find a copy (it was published by Doubleday, Doran's Crime Club but is rare today).

In classic tradition there is no shortage of suspects in the matter of Ralph Loundon's murder.

There are business partners, bootleggers, wives, girlfriends, husbands of wives and girlfriends, a mendacious man of the cloth--heck, there's even a monkey (yes, Poe is referenced). Mechem clearly modeled his detective, Steven Steele, after S. S. Van Dine's Philo Vance, though Steele is without Vance's insufferable pretensions and downright twittery (if you can even imagine Philo Vance without insufferable pretensions and downright twittery).

Like Vance, Steele comes complete with an adoring Watson, who is constantly assuring us how absolutely wonderful and brilliant in every way Steele is.  However, unlike Van Dine's Watson, Steele's--a Wichita newspaper reporter--exhibits some personality and even a bit of a spine at times, which is refreshing.


Basically A Frame for Murder offers a straightforward investigation of material clues and alibis.  In some ways I was reminded quite a bit of the great Golden Age English detective novelist Freeman Wills Crofts, though instead of railway schedules in London and Liverpool we are investigating driving distances to Kansas City and El Dorado and speedboat times along the Arkansas River.


However, Mechem has more writing flair than Crofts.  Steele's Watson tantalizingly keeps mentioning Steele's extraordinary solution of the Grayland Case (this seems to have been one of those nice decaying and degenerate family multiple mansion murders, a la Van Dine's The Greene Murder Case), so that I was absolutely dying to know just what the heck happened in that case!


Additionally, one of Mechem's suspects, the radio minister Reverend Van Roth, is treated with so much disdain by Mechem, in a memorably withering satirical portrait, that I had to wonder whether Van Roth was based on a specific Midwestern clerical radio personality.

There also are numerous Kansas City locations sprinkled throughout the book: an old mansion on the Arkansas River (see above), the Sedgwick County Courthouse, the Wichita Town Club, Riverside Park, the Cannonball Highway, the Union Station, the Harvey House lunch room and the White Castle hamburger stand. As a lover of local color in mysteries I found all this quite interesting.

But my very favorite bit occurred near the beginning of the novel, when Steele expresses his disgust with his new-found fame in pulp fiction (rather like Sherlock Holmes in the new British television series). Opportunistic publishers have fictionalized the real life Stephen Steele as "Vincent Veale" and all their accounts have ignored Steele's impressive feats of ratiocination in favor of fantastically imagined blood-and-guts exploits.

The particular account that Steele is reading, with much disgust, is called The Slaughterhouse Mystery.  "Readers nowadays don't want reasoning mixed with their detection," complains the outraged Steele.  "Action and gore--that's what they crave." Writing in 1936, Kirke Mechem undoubtedly had caught a Culturally Significant Trend in crime writing.


Regrettably Mechem was never to publish another account of Stephen Steele's brilliant ratiocinative feats.  But you can enjoy A Frame for Murder at least, if you can detect yourself a copy!  Maybe with luck it will be reprinted in the not so distant future.

Note: the black and white photos appearing in this piece are from the impressive repository wichita photo archives.
Posted by The Passing Tramp at 7:38 PM