As seems appropriate to their profession, mystery writers often disguise themselves with pseudonyms.  One of the authors about whom I have written most, Cecil John Charles Street, reveled in such deception, puckishly doffing the punning authorial guises of John Rhode, Miles Burton and Cecil Waye.

Edith Caroline Rivett is known among vintage mystery fans as ECR Lorac and Carol Carnac.  The pen name ECR Lorac can be deciphered as ECR representing her initials and Lorac as the name she went by, Carol, spelled backwards.  The Carol in Carol Carnac also is easily understood, but why Carnac?

The September 1999 issue of Book and Magazine Collector included a piece on Lorac by DW Blake, wherein Blake erroneously declared that Carol, as I'll call the author here, was connected to the Rivett-Carnac baronets, being, ostensibly, the daughter of the Reverend Sir Clennell George Rivett-Carnac, Sixth Baronet and the sister of Sir Henry George Crabbe Rivett-Carnac, Seventh Baronet.  For the true story of the author's rather humbler ancestry, see here.

Interestingly, there was a lost heir in the Rivett-Carnac family, whose sad tale was the sort of thing you might have expected to see in a Victorian meller from the day, or even a "lost heir" Golden Age detective yarn, like E. R. Punshon's Ten Star Clues, or, better known, Josephine Tey's Brat Farrar.

In 1908 Claude James Rivett-Carnac--thirty-year-old son and heir of the Third Baronet, Sir James Henry Rivett-Carnac, and a valiant veteran of the Boer War--after an awful dispute with his family left home, angrily vowing never to return.  And he never did.

Claude's father died the next year, but the family estate was not settled until 1924, when a judicial order was given allowing the presumption to be made that Claude's death had taken place on 31 December 1909.  His much older cousin, Sir William Percival Rivett-Carnac, succeeded to the baronetcy and the boodle.  The current baronet, the Tenth, is Sir Jonathan James Rivett-Carnac, is a grandson of Vice-Admiral James William Rivett-Carnac, rear-admiral in charge of the Normandy Beaches during the Allied invasion of Europe in 1944, and a brother of "Lulu" Guinness, a prominent British fashion accessories designer. (Perhaps this is more a case for Clothes in Books!) 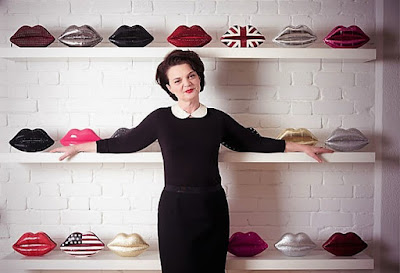 So what happened to poor Claude?  No one knows, or if anyone does they haven't told.  Claude's sister said he did not give a damn for the baronetcy and according to rumor he traveled the world for many years.  In 1924 she gave an interview to a newspaper in which she declared that

we have heard of him as being in the South Seas Isles and in Canada, on the Pacific Coast of American, and in South Africa.  The latest news we have of him is that he was seen in South Africa three years ago.  He is believed to be married.  The only evidence, however, that we have of this is a report which appeared in a Sunday newspaper in 1915 that he had married an actress in San Francisco.

I can see how Carol Rivett might have been interested in the Rivett-Carnacs, even to the point of employing the Carnac surname in a pseudonym.  But was she an actual relation?  If so, it would appear to be quite a distant one.
Posted by The Passing Tramp at 12:46 AM