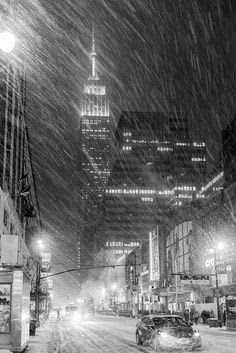 Mid-20th-century American Crime Queen Mignon Eberhart published Melora, her 35th crime novel, in 1959, thirty years after her first published crime novel, The Patient in Room 18.  Mary Roberts Rinehart, Eberhart's predecessor and greatest rival in the field of emotive romantic mystery, had died the previous year at the age of 82, having not published a full-length mystery novel since 1952.  Eberhart, who turned 60 in 1959, would go on to published another 24 crime novels, however, concluding with Three Days for Emeralds, which was published three decades after Melora in 1988, when Eberhart was nearly 90 years old.  With 59 mystery novels published over nearly 60 years, Mignon Eberhart enjoyed a successful and highly lucrative crime writing career of remarkable longevity.

With her novel Melora, Eberhart had merely reached mid-stream, as it were, in her long life's journey as a professional author.  But she had been around long enough to see herself being overtaken after World War Two by new freshets of subgenres, like hard-boiled/noir and psychological suspense.  The latter subgenre, practiced by such authors as Margaret Millar, Charlotte Armstrong and Ursula Curtiss, often is termed "domestic suspense," as its protagonists typically are young(ish) wives and its purview the home, but in fact Mignon Eberhart, like Mary Roberts Rinehart, had been practicing their own form of "domestic suspense" back in the Thirties.

Back then its detractors derisively termed "domestic suspense" HIBK (Had I But Known) mystery, on account of its foreboding, first person domestic narrative style, which supposedly ran something like this:

Had I but known that my failure to refill the sugar bowl that fateful Tuesday afternoon would unleash a fatal chain of malevolent, bloodthirsty horror that would cost the lives of five innocent people and nearly kill my cat, I would personally have smashed my piggy bank right then and there and run as fast as my feet could take me to the corner store, without giving it even a second thought, even though that new lipstick shade turned out to be all wrong for me and my hair was simply a fright....

Anthony Boucher, the dean of mid-century crime fiction critics, disdained HIBK, though he loved postwar "domestic suspense."  Why the difference in attitudes?  I think in addition to domestic suspense being more obviously "psychological" than old-fashioned HIBK, a lot of this had to do with character and milieu.

Although both Rinehart and Eberhart in a small number of their mysteries had series characters who were independent, middle-aged, professional nurses (invariably called "peppery"), their protagonists customarily were panic-stricken women in wealthy circumstances.  In postwar domestic suspense, though the protagonists are often wives (and panic-stricken ones at that), they usually are, I think, less privileged then the EberRinehart women and they may at some point have had acquaintance with the world of work outside the home.  That gives them more of a semblance of real life, I think, for many readers today; though of course it must be recalled that back in 1950 only 34% of women worked outside the home. 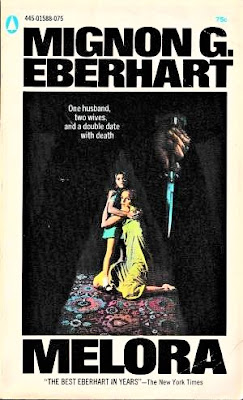 Also, Eberhart's protagonists, the vast majority of them, have not aged well, largely being seen today as dismayingly passive--wet noodles in female form.

Almost invariably in an Eberhart novel lacking her series character Nurse Sarah Keate, the protagonist will be a young woman who has recently married (or is about to marry) and is indecisive and unsure of herself.  Her parents are usually dead or far away, though there might be some kindly matronly relative in the background, usually a financially independent spinster aunt.  Invariably there will be some sort of female rival for our heroine to compete against, a somewhat older though very attractive and sophisticated women and an absolute bitch on wheels who seems to live to trample our heroine in the dirt.

The heroine knows very little about her new privileged life, being the classic literary ingenue, and she feels lost in her wealthy surroundings.  (Her new husband is usually a rich urban businessman or attorney.)  Then murder strikes and our heroine usually manages to get herself suspected by picking up the murder weapon or losing an earring at the scene of the crime or the like.

In EberRinehart crime novels, emoting tends to take the place of actual detecting.  There often is mystery, indeed plenty of it, but the heroines are more interested in analyzing their feelings of dread and impending doom than those nasty bloodstains on the Oriental rug.  Despite the lack of rigorous and systematic criminal investigation, these novels are often very lengthy as well.  Classic mid-century domestic suspense was, to the contrary, much more concise.  Many of the classics from the postwar period run from only about forty to sixty thousand words.  At that length, the authors had to pare some of the emotional excrescences of HIBK that had so irritated critics like Anthony Boucher.

In Eberhart's Melora, however, I actually can see the influence of the post war domestic suspense school and even hard-boiled/noir, despite the fact that the book at around 100, 000 words is quite long for the period. This may be why Anthony Boucher, no great Eberhart fan, gave the novel a good review, though with qualifications.

"Length seems excessive and motives are hard to credit," Boucher carped, but he added that "plausibly nasty female interrelations, clever variations on the First Wife theme and one or two whopping surprises make this the best Eberhart in five years or more."

Eberhart had actually slowed down her rate of production in the Fifties.  After the war she had published eight novels between 1946 and 1953 but only three between 1954 and 1959.  Probably the previous "best" novel Boucher was referring was The Unknown Quantity (1953), which I hope to review here soon.  I any event, I would say that Boucher's assessment of Melora is a judicious one. 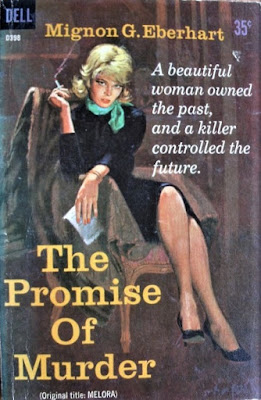 Nearly the first 40% of Melora (about 40,000 words, or the length of some mid-century crime novels)  reads like classic mid-century suspense.  In this fear-fraught space the novel's timid protagonist, Anne, bride of merely a few months to wealthy Manhattan attorney Brent Wystan, is most effectively plunged into a maelstrom of terror by the author, an old hand at this sort of thing who could still teach her "daughters" a thing or two about fashioning fear from marriage.

We learn very little of young Anne's pre-marital background.  We never even learn her maiden name.  We do find out, however, that she is the daughter of parents from a small Midwestern university town, who since her marriage have moved halfway around the world.

Anne seemingly came to New York to get a job of some sort, but she ended up, as is the wont of Eberhart heroines, almost immediately wedding Brent, who had been divorced by his previous wife, the eponymous Melora.  (We never learn her maiden name either.)  Life, we gather, had little meaning for Anne before her marriage, but now she finds herself in the fight of her life for a chance at happiness.

Anne has never met Melora, but a constant irksome presence in her life is the beautiful and sophisticated Cassie Wystan, widow of Brent's late brother, who was killed in the war (WW2, not Korea), leaving Cassie with their twin children Tod and Daphne (now fifteen), whom everyone insists on calling "Daff."  No fool she, Cassie after her husband's demise ensconced herself with her children in Brent's opulent New York townhouse, running his household for him, and she successively resented both Wife #1, Melora, and Wife #2, Anne, though she disguises her venom with honeyed sweetness.  I must say, in Mignon Eberhart's extensive gallery of nasty, hateful, ever-scheming bitches, Cassie stands out as something extra.

Anne seemingly has made no friends in New York (Eberhart heroines are always so isolated), but she has one ally, seemingly, in Brent's matronly Aunt Lucy, though Lucy maintains her own abode, complete with Mignon's own favorite breed of dog, poodles.  Also connected to the Brent Wystan household, though they don't live in, are longtime butler Cadwallader, familiar enough with the family to be known to them as "Caddy," and the new maid Daisy, who is, as new maids so often seem to be in books, somewhat flighty.

Then there's family friend Gary Molloy, a middle-aged lawyer and still something of a ladies man (he flatters himself), who drops in on the Wystans from time to time. And of course there's Melora, whose presence still hangs over the house like the baneful first Mrs. de Winter.

Anne is left alone in the house in the novel's opening pages, with Brent departing for a flight to France (where he has legal business concerning an inheritance case), Cassie visiting friends in Litchfield, Connecticut and Tod and Daff going back to school after their winter holiday. Then Anne's serenity is shattered when finds a note left for her in her little study, reading I am going to kill you.

Well, that's scary, though possibly just a childish prank, right? After all, Daff is at the awkward age and she was angry about having to go back to school.  But then another identically-worded message appears, and a sudden paralyzing snowfall enshrouds the house, trapping Anne inside with her fears--and possibly a lurking killer!

This part of the book is really well done and reminded me quite a bit of Ursula Curtiss' Hours to Kill (1962), reviewed here.  But where Curtiss' book stops after a time, Eberhart's goes on, and on.  After 100 pages or so it settles down into the usual Eberhart formula of multiple murders and seemingly endless speculations by the characters about just what is going on around them.  It's a little long-winded and circuitous, as Eberhart so often is, but the characters are done well (it was nice to see some teenagers in an Eberhart and Cadwallader the butler, who imagines himself a Great Detective, is a treat) and the plot--there's a lot of it--is engaging and unexpectedly devious.  Nor does the romance ever get really soppy, as it often can, for me, with Eberhart.

Then at the climax of the novel, things become rather, well, noir, as if Eberhart had ripped a gritty page out of Raymond Chandler or David Goodis.  I can't recall an Eberhart getting quite this nasty.  With a more assertive heroine and some tightening of the narrative, this might have ranked as one of my favorite mid-century mysteries.  As it is I quite enjoyed it.

Unfortunately, after Melora, Eberhart took another, in my view less interesting, path with her next two mystery novels: rather bland historical romance.  Actually the later mystery which reminds me most of Melora (though key plot details differ) is not anything by Eberhart but rather the film Midnight Lace, starring the late Doris Day as the imperiled wife.  It came out a year after the publication of Melora and will be reviewed here shortly.  One might also speculate than the title Melora was chosen to recall Vera Casparay's Laura--that echo couldn't have been quite accidental, could it?
Posted by The Passing Tramp at 6:33 PM