Just Whose Bloody Fingerprints Are on The Murder Weapon? Who Wrote What in the Q. Patrick/Patrick Quentin/Jonathan Stagge Corpus of Crime Fiction

The question of the authorship of the 37 crime novels of Q. Patrick, Patrick Quentin and Jonathan Stagge has long been one of the most vexing questions for fans of classic mystery.  I personally became involved with looking at this question way back in 2010, not long before book Masters of the Humdrum Mystery was published.  This was over at the old Golden Age Detection website at Yahoo (partially preserved at the GADetection Wiki), along with Mauro Boncompagni, Xavier Lechard and others.  Truly interest in these writers is international!

Now that I am near completing a joint biography and critical study of Richard Wilson Webb and Hugh Callingham Wheeler, the prime movers behind the trio of pseudonyms, I am prepared to propose a list of authorship for the novels.  Some of this still remains conjectural, though as much as possible I have tried to verify assumptions with primary material.  So here goes!  (You will notice I include the two Crimefiles books as novels; I consider them such.) 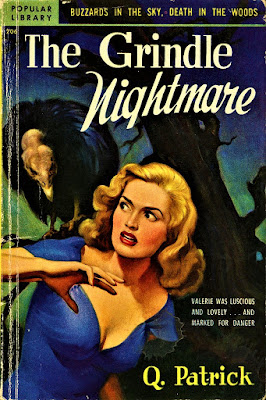 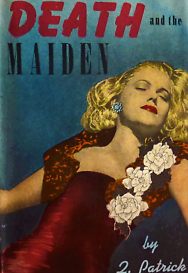 Basically, these books fall into three periods, in terms of authorship. 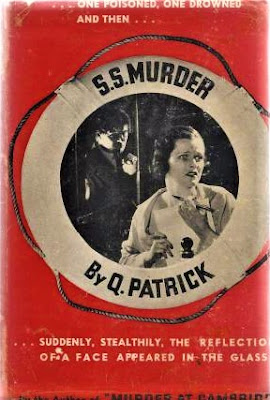 There is, first, 1931-1935, when "Q. Patrick" published five mysteries, all written by Richard "Rickie" Webb, either collaboratively or solo.  Actually, the Q. Patrick novel Death Goes to School, which was published in February 1936, really belongs to this period too.  It, along with The Grindle Nightmare and Murder at Cambridge were written by Rickie alone, while Cottage Sinister and Murder at the Women's City Club were written by Rickie with Martha "Patsy" Mott Kelley and S. S. Murder was written with Mary Lou White/Aswell.

Murder at Cambridge was written by Webb after he lost Patsy as a writing partner (she moved to England and married) but before he gained Aswell.

After meeting Hugh Wheeler in the summer of 1933, in between the publications of Murder at Cambridge and S. S. Murder, Rickie's fate was sealed: he had met his perfect writing partner in the prodigiously talented Hugh and the two would work together for the next 15 years, until their personal relationship broke down irretrievably in the late 1940s. 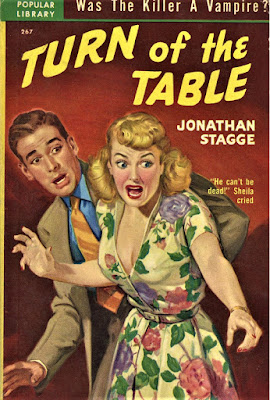 As Mauro Boncompagni has indicated, Aswell did not contribute to The Grindle Nightmare, as is often stated, but it seems likely that Hugh Wheeler influenced the novel, as I have discussed in an essay in Murder in the Closet.  However, at this time Rickie was still the master and Hugh, only in his mid-20s, the apprentice and Hugh did not make his official debut as novelist with the 1936 novels The Dogs Do Bark and A Puzzle for Fools, by "Jonathan Stagge" and "Patrick Quentin" respectively, and the 1937 Q. Patrick novel Death for Dear Clara.  These three novels launched Rickie and Hugh's three famous series sleuths: respectively Dr. Hugh Westlake, Peter Duluth and Lt. Timothy Trant.  Rickie explicitly was the creator of Duluth and Trant; perhaps Hugh, who shares initials with Hugh Westlake, created him.

This launches the second period, 1936-1948, though during this period we see Hugh become the dominant writing partner, particularly by the late 1930s and early 1940s. 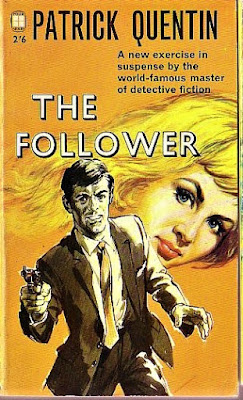 The period of America's (and Rickie and Hugh's) active involvement in World War Two saw only a few novels written.  Q. Patrick was sidelined, while both of the WW2 Stagges actually had their inceptions before Pearl Harbor, as did the Patrick Quentin, Puzzle for Puppets.  Essentially Rickie and Hugh's novel writing during most of the American war years consisted of expanding Jonathan Stagge's The Scarlet Circle and Patrick Quentin's Puzzle for Puppets from novelettes into novels, which Hugh was able to accomplish in about a week of typing apiece.  However, Hugh did spend much of 1945 working on the excellent Jonathan Stagge Death and the Dear Girls, which he and Rickie discussed in correspondence.  It was published at the end of that year. 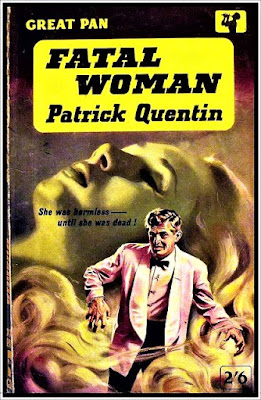 Rickie, who was anxious to get back to work, likely also was involved, after he returned home from the Pacific, in the Stagge Death's Old Sweet Song and the Patrick Quentins Puzzle for Wantons, Puzzle for Fiends, Puzzle for Pilgrims and Run to Death, which absorbed most of Hugh's interest in these years.  However, Rickie's physical and emotional problems and the alienation of Hugh's affections led to a breakdown of both the two men's personal and working relationship.

A single Q. Patrick appeared, after a decade's lapse, called Danger Next Door, but this is a very short novel indeed that is based on an old novella from the Thirties, which I suspect had little, if any input from Hugh.

After Rickie left America for France in 1952, Hugh Wheeler handed off the Q. Patrick name to his old partner for future use (unfortunately Rickie didn't make too much use of it) and dropped Jonathan Stagge for good (sadly for me), but he wrote an additional seven Patrick Quentin novels, a few of them with Timothy Trant, the series sleuth who had figured in three earlier novels as well as nearly two dozen works of short fiction, which are being published for the first time in book form this summer by Crippen & Landru, an exciting event in vintage mystery fiction publishing.

I'll have more to sat about Rickie and Hugh's true crime and short fiction in a future post.
Posted by The Passing Tramp at 2:21 AM