Oddly in two books I just read successively, Agatha Christie's Murder Is Easy (1939) and Moray Dalton's The Case of Alan Copeland  (1937) (to be reprinted next year), both authors reference "To a Lady Seen from a Train."

Or maybe not so oddly, perhaps, as Christie and Dalton (the latter actually Katherine Mary Dalton Renoir) had rather similar backgrounds in many ways, both having been born of wealthy "mixed" marriages (both had English mothers and well-off gentleman fathers from "across the pond," Christie's father being American and Dalton's Canadian) and both having been privately educated.  Why shouldn't they have liked some of the same poetry?

Perhaps Christie read The Case of Alan Copeland before writing Murder is Easy, but the coincidence may simply have been that: a coincidence.  A character in Murder Is Easy recalls the poem at a critical moment late in the story (you who have read it will know what I mean), while in Alan Copeland it is the author herself who references it, on page seven:

The way from the farm to [Miss Gort's] house was open to the wind, a little used path through untilled fields that had lain fallow since the end of of the agricultural boom that had followed the Great War.  Miss Gort's four-roomed brick villa with its grey slate roof wore an air of bleak gentility that might have reminded a passerby, knowing Frances Cornford's poem, of the lady who walked though the fields in gloves.  Emily kept her little garden neat, but there was nothing in it but a few hardy shrubs in front.  At the back she grew potatoes and cabbages and catmint to please Bobo, the great ginger tomcat who came down the path to meet her, purring and arching his back as the gate clicked behind her.  The house struck cold as she entered it, but it was hardly worth while to light the sitting-room fire so late in the day.  It was very clean and very bare.  The floors in all the rooms were covered with linoleum.  There was a pervading smell of furniture polish and moth balls. 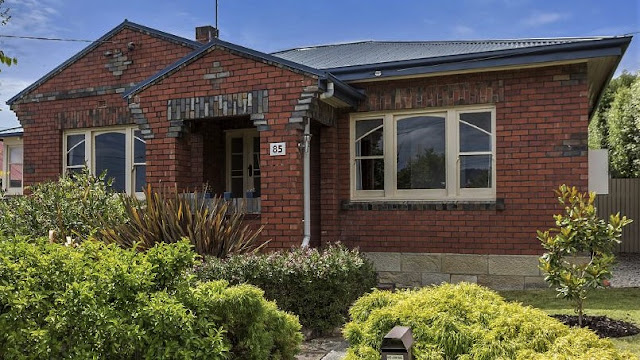 Interestingly just as in Dalton's novel we have the ginger-haired Bobo, in Christie's we have the memorable orange-haired Persian Wonky-Pooh.  Both of these handsome lads are scene stealers.

Moray Dalton also wrote a lot of poetry during the Great War, including a poem dedicated to the memory of their beautiful contemporary Rupert Brooke, taken, like so many others in that foolish war, long before his rightful time.  (He died of sepsis from an infected mosquito bite aboard a British battleship moored off the Greek island of Skyros, shortly before the commencement of the Gallipoli campaign.)  So too had Frances Cornford commemorated Rupert Brooke in verse.

I never knew you save as all men know
Twitter of mating birds, flutter of wings
In April coverts, and the streams that flow--
One of the happy voices of our Springs.

A voice forever stilled, a memory,
Since you went eastward with the fighting ships,
A hero of the great new Odyssey,
And God has laid His finger on your lips.

On Rupert Brooke
by Frances Cornford

A young Apollo, golden-haired,
Stands dreaming on the verge of strife,
Magnificently unprepared
For the long littleness of life.

I give the laurel to Frances for those four elegant lines, especially "the long littleness of life."  But it's interesting just to see the links these women writers of that war generation shared with each other.  Of course it wasn't by any means solely English women who adored Rupert Brooke, the so-called "handsomest young man in England"!  But that's another subject for another time and place.
Posted by The Passing Tramp at 10:16 PM