I don't watch too much series television, but Person of Interest is one of the television series I like (I also have become a devoted fan of The Mentalist, though the determined "cuteness" of the Castle cast finally drove me away from that show).  Season Two just premiered last Thursday and I have some down time from the book so I thought I would post a few thoughts.

Person of Interest, for those unfamiliar with the series, is succinctly summed up on the show's imdb page:

An ex-CIA man and a scientist team up to prevent crimes before they happen.

But this doesn't begin to describe the deliciously intricate sense of creeping paranoia that the show instills in the viewer.  By the finale of Season One there were so many conspiracies and wheels within wheels that I--a hardened mystery thriller fiction addict--felt like I was getting a really good mental workout with the show. 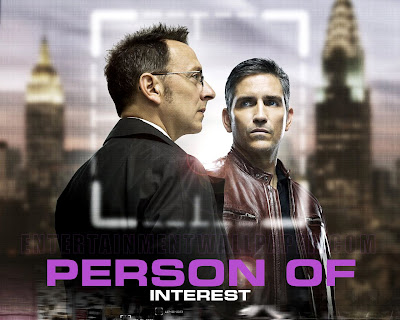 At this point in human history it's probably hard to be entirely original with a television series, but what impresses with Person of Interest is how the makers have creatively blended numerous influences from both cinema and television: Minority Report (pre-crime), The Bourne Identity (rogue CIA assassin), The Fugitive (man on the run suspected of crime he didn't commit), The X-Files (omnipresent conspiracies), The Terminator (machines taking over the world), Lost and Memento and The Prestige (tricky narrative structure, parallel story lines).

Of course, as the creator and co-producer (with J. J. Abrams, among others) of the series is Jonathan Nolan, co-scriptwriter with his famous brother, director Christopher Nolan, of the films Memento, The Prestige, The Dark Knight and The Dark Knight Rises, we should not be altogether surprised at the intricacy and acuity of the scripts.  The great casting is an enormous asset too.


I hadn't paid much attention to Jim Caviezel since The Passion of the Christ, but from that film, The Count of Monte Cristo and Frequency (the latter film should appeal especially to mystery fans), I knew he was a charismatic film presence.  His role as John Reese, the fugitive, guilt-ridden CIA assassin, suits him to a T (surely it's not a coincidence that he shares a surname with the Michael Biehn character in The Terminator).  He gets to be appealingly sensitive and an absolute righteous badass at the same time.

Every episode has a great action set piece (or two or three or four....) where Caviezel kicks badguy tail in impressive fashion.  Indeed, he actually carries off something of Arnold Schwarzenegger's old Terminator panache in his ruthless efficiency.

But equally good is Michael Emerson as Harold Finch.  He's utterly convincing as the zillionaire computer genius with a heart.  He and Reese make the perfect brain-brawn duo and their mysterious back stories both are compelling.


Also great in the supporting cast are Taraji P. Henson as good cop Joss Carter and Kevin Chapman as the not so good but I guess not exactly bad either let's wait and see how this turns out cop, Lionel Fusco.

Every episode has a mystery plot of a sort, where our heroes get a name (actually a social security number) from the Super Computer (a REALLY super computer) created by Finch.  This could be a person either about to be killed or about to kill someone.  Finch and Reese have to prevent the killing from happening.  This leads to a lot of fascinating stories.  My favorite probably was "Super" from Season One, a really clever homage to the Alfred Hitchcock film Rear Window. 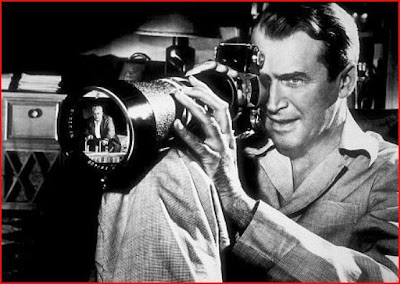 But, meanwhile, there are all these overarching plot lines involving: a mysterious super criminal named Elias; a sociopathic woman computer genius named Root; HR, a sleazy network of crooked cops and politicians; and the CIA and FBI, both after Reese.

It also seems that the Super Computer (a REALLY super computer, did I mention?) designed by Finch was taken over to fight terrorism (so they say) by a tiny cabal within the U.S. government and that these people don't want anyone outside this tight circle alive to know about it.  Finch, thought to be dead, still has access to it, which these people would not like if they knew....

With all this going on, I expect Person of Interest to maintain a high level of interest for some time to come!
Posted by The Passing Tramp at 3:13 PM