Who Kept the File on Claudia Cragge?

Reviewed last week here was the File on Claudia Cragge (1938), the second contribution by Q. Patrick to the Crimefiles series of murder dossiers (books collecting purported documents and exhibits in a fictional murder case for readers to solve).  Over the rest of the year I hope to write about QP's first dossier, File on Fenton and Farr, as well as the one done by the American crime writer Helen Reilly, File on Rufus Ray.

In the comments to my last post, I had a discussion with Sergio of Tipping My Fedora about the late crime writer and critic Julian Symons and his dismissive attitudes to the dossiers, which Symons concluded made dull reading, if it could even be called reading at all (Symons was referring specifically to the English series authored by Dennis Wheatley and J. G. Links, though his remarks seem generalized to include any kind of dossier).  I, on the other hand, actually enjoyed the one I read and I think other fans of puzzle-oriented mysteries would as well.

The Crimefiles actually seem to have been quite popular in the United States and Great Britain for a few years in the late 1930s.  But just who actually read them (besides mystery reviewers)?

The outbreak of World War One necessarily disrupted this scheme, and when the United States entered to conflict, Adams, like John Street's "Miles Burton" detective Desmond Merrion joined Naval Intelligence (though in the U.S., of course, rather than England), overseeing the communication system on the coast of Maine. 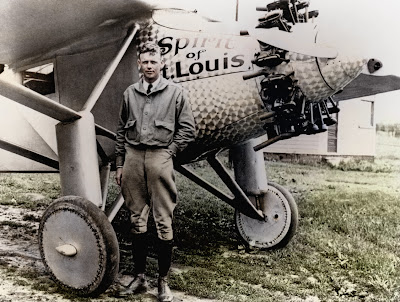 After the war Adams helped organize the National Aeronautics Association, serving as NAA President from 1926 to 1928.  Under Adams' leadership, the NAA supported Charles Lindbergh's trans-Atlantic flight from New York City to Paris in the Spirit of St. Louis (1927). Adams retired as NAA President in 1928, on account of ill health that was to plague him for the rest of his life.

After a year spent in Arizona, he moved to his family home in Thetford, Vermont, where he maintained a laboratory, conducting aerodynamic studies.  At his second marriage, in 1931, his bride's matron of honor was a certain Mrs. Amelia Earhart Putnam.

In 1934 Adams became President of Norwich University, a private military college in Northfield, Vermont.  He served in the office for four years, until his ill health prompted his resignation in 1938 ("Throughout the four years that he was president," noted the Norwich University Record, "frequent fluctuations in the condition of his health induced almost constant doubt as to how long he would live").  Adams died only seven years later, at the age of 51.

Does one see evidence of Adams' poor health and the understandable frustration it caused him on the front endpaper of File on Claudia Cragge (a book that was published the same year that Adams resigned as President of Norwich University)?  Or an example of some cruel adolescent mockery?

The book is inscribed

PORTER ADAMS,
Chief of Defectives
Northfield - Vermont
(+ WHAT an Honor)

The there is a representation of what is called a SOLID GOLD BADGE beneath the inscription.

Active intellectuals and professionals often defended the detective novel as respectable recreational or convalescent reading.  Was this the case with Porter Hartwell Adams?  Or might this have been simply an "irate doodle" done by a sarcastic college student--meaning the book was never owned by Adams at all.
Posted by The Passing Tramp at 2:19 PM