No, The Green Bicycle Case is not a work of fiction, as much as it may sound it, but rather a true crime study.  The author of this book, Herbert Russell Wakefield (1888-1964), was, certainly in my view, one of the great English writers of twentieth-century supernatural fiction.  Wakefield also wrote three detective novels, Hearken to the Evidence (1933), Belt of Suspicion (1936) and Hostess of Death (1938), and some criminous short fiction. 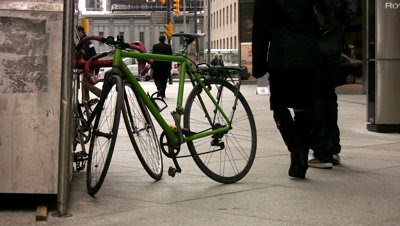 I've been wanting to read The Green Bicycle Case for some time but only recently found a reasonably priced copy of it.  It's quite a short book, only about 150 pages, and over two-thirds of that devoted to the actual trial.  Wakefield's introduction is of forty pages, plus there's an excellent endpaper map that reminds me the sort of thing one might see in a Freeman Wills Crofts detective novel, like The Hog's Back Mystery (1933), where times and movements are so important.

Times and movements certainly were important in the Green Bicycle Case, which concerned the murder of Annie Bella Wright, a twenty-two year old rubber factory worker, while she was bicycling on the roads a few miles outside of Leicester, on the early evening of July 5, 1919.

Wright was seen by family members with a unknown man on a green bicycle. Not long afterward she was found lying on a road, dead from a shot to the head (surprisingly to me, police did not discover she had been shot in the head for some twenty-four hours).


Suspicion naturally fastened on the mysterious man with the green bicycle, but he eluded discovery for months.  Only when the green bicycle was discovered in a canal (not by police) on February 23, 1920, were the police able to trace the mystery man, Ronald Light, who was arrested less than two weeks later.

Light denied everything--that he had been the man with Wright, that he owned a green bicycle, etc.--but at trial he conceded just about everything that he had previously denied (he even admitted that an army pistol holster dredged from the same canal where the bicycle was found was, like that bicycle, his as well), except that he had killed Wright. He now said he disposed of the bicycle and holster because he was afraid he might be (unjustly) suspected of Wright's murder.  How true!

After a three-day trial in June, Light was acquitted.  The jury, which apparently initially divided 9-3 in favor of "not guilty," deliberated for a little over three hours (such speedy trials in those days!).

No one else was ever tried for Wright's murder.

At the outset of his introduction, Wakefield writes that it is not for him "to discuss the rights and wrongs of [the jury] verdict" and that, indeed, he "must accept it absolutely and without a trace of reservation as the profound conviction of the twelve persons who had an infinitely better opportunity than anyone else of deciding the case on its merits....anyone dealing with such a case as the Green Bicycle Mystery must for ever err on the side of over-caution and leave some things unsaid."

I must say that I found this frustrating.  All one has to do is mosey on over the Wikipedia to see that apparently Light had something of a history of highly questionable sexual behavior with women.  Wright had not been sexually assaulted, but could Light have frightened her and then in a panic shot her as she fled from him?  I certainly didn't think it was illuminating for the author to so rule this material out of bounds.  All Wakefield does is admit that Light's behavior in not coming forward as a witness was "craven."

Wakefield makes a good case for ruling out accidental death at the hands of another party, something the defense urged as a possibility, but he is unable to suggest any alternative candidates for the role of murderer in this true crime drama. Again, I found this frustrating.  We are left with two views: either Light was the murderer or the culprit was some unknown, who had no discernible motive.  Altogether not very satisfactory.

Wakefield avows that the Green Bicycle Case "has claims to be considered one of the outstanding and absorbing murder puzzles of all time."  Maybe so, but, sadly, I would say this book does not do the puzzle justice.  A more recent book by C. Wendy East, The Green Bicycle Murder (1993) sounds like a better job of work.  I still love Wakefield's supernatural fiction, however!
Posted by The Passing Tramp at 5:17 AM