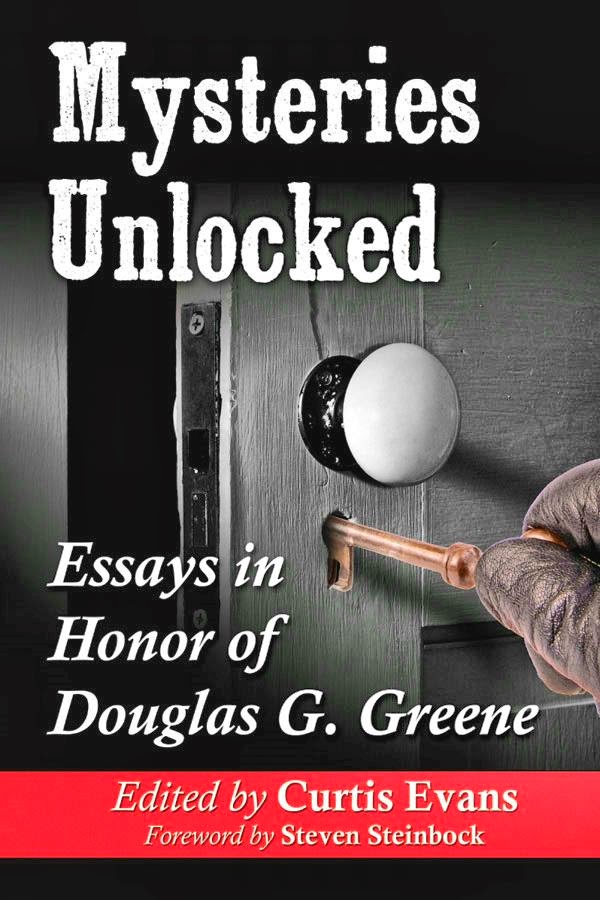 As you know if you regularly read this blog, this book, scheduled for publication in July, is a collection of essays in honor of the seventieth birthday of Professor Douglas G. Greene, biographer of the great Golden Age detective novelist John Dickson Carr, head of Crippen & Landru Publishers and one of the most accomplished and admired figures in mystery genre criticism over the last thirty-five years.

Incidentally, there will be an electronic version.

Here is a list of the additional contributors (with links to blogs, etc.), in alphabetical order:

Also, I am pleased to note that, with ten U. S. contributors, we are not exclusively a U. S. crew by any means.  Admiration for Doug's work and the mystery fiction he has written about and published extends across the globe.

I will be posting the full table of contents soon.
Posted by The Passing Tramp at 10:13 PM