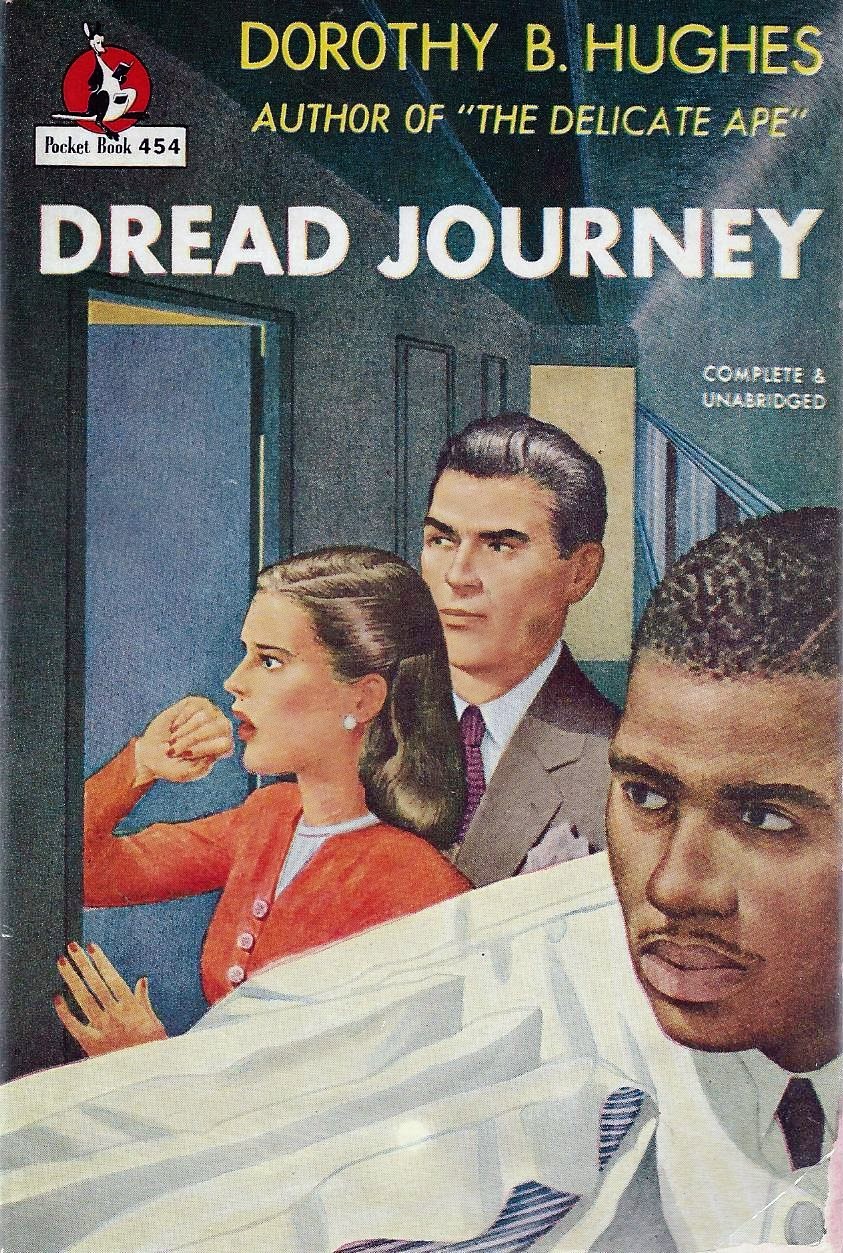 Here's an unusual paperback from 1947, Pocket Books' edition of Dorothy B. Hughes psychological thriller Dread Journey (1945).  I'll be reviewing this train mystery later this week (a book review of another mystery will be uploaded later today).

How often do we see African-Americans on crime fiction paperbacks in the 1940s and 1950s.  Experts, help me out here!

In this case I think the most striking individual is the African-American railway porter.  His glance at the couple directs attention to them (and particularly the woman's fearful reaction to what she sees in the passenger compartment), but he holds attention in his own right.

The depiction of the porter on this paperback seems quite a ways off from what we were getting with portrayals of African-Americans in such forties films as the Charlie Chan mysteries, for example. Superb artwork, I think, one of the classiest paperback covers from the era that I have seen (does it remind anyone else a bit of Mexican mural art?).

On African-American porters see this interesting article by article by Lawrence Tye, author of the book Rising from the Rails: Pullman Porters and the Making of the Black Middle Class (2004).
Posted by The Passing Tramp at 10:03 AM