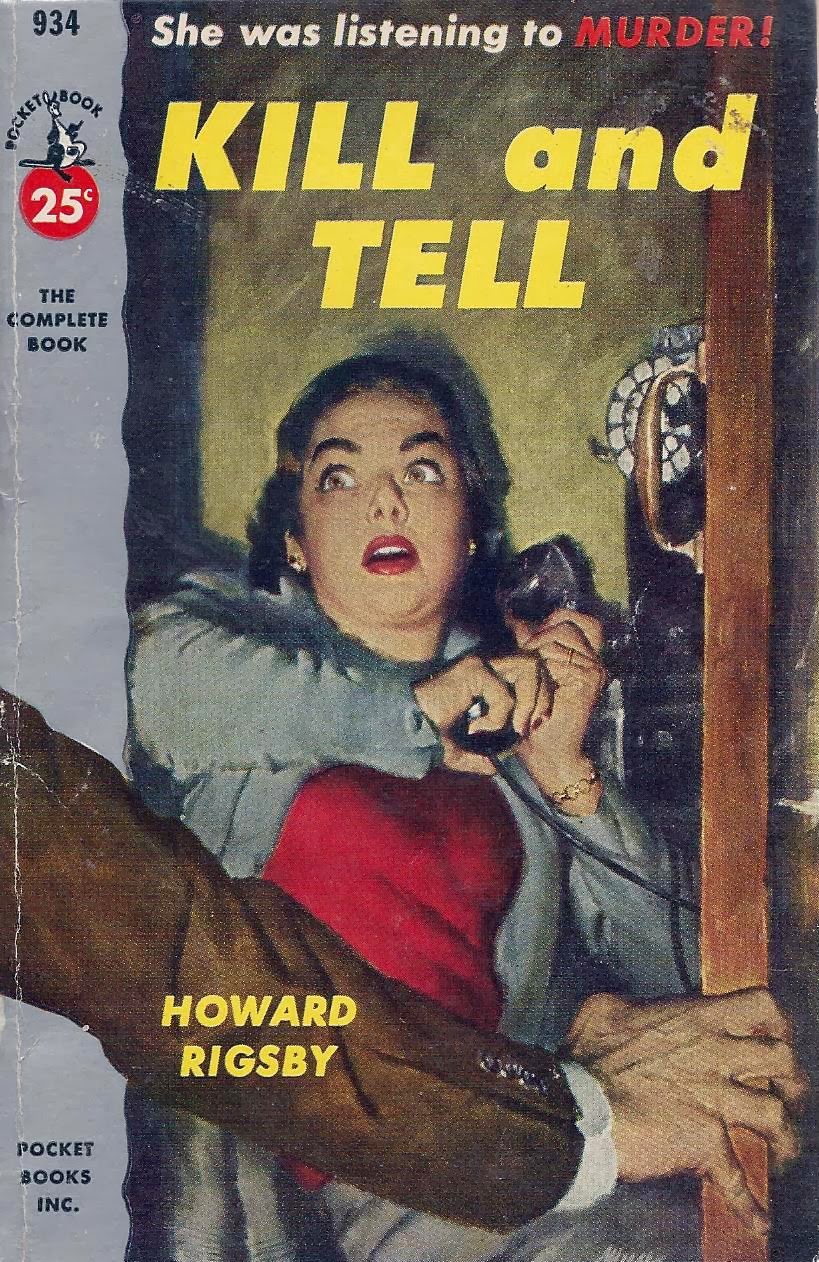 I often check out Killer Covers, out of my fascination with pop culture as represented by old crime fiction paperbacks. At the risk of intruding on this blog's territory a bit, here are four 40s/50s cover variations on the theme of menace.

Dramatic cover of an attractive woman menaced in telephone booth.  The color red calculatedly highlights the woman's lips and breasts.

All we see of the man is a hand, but that's enough, along with the terror in the woman's eyes, to convey menace. 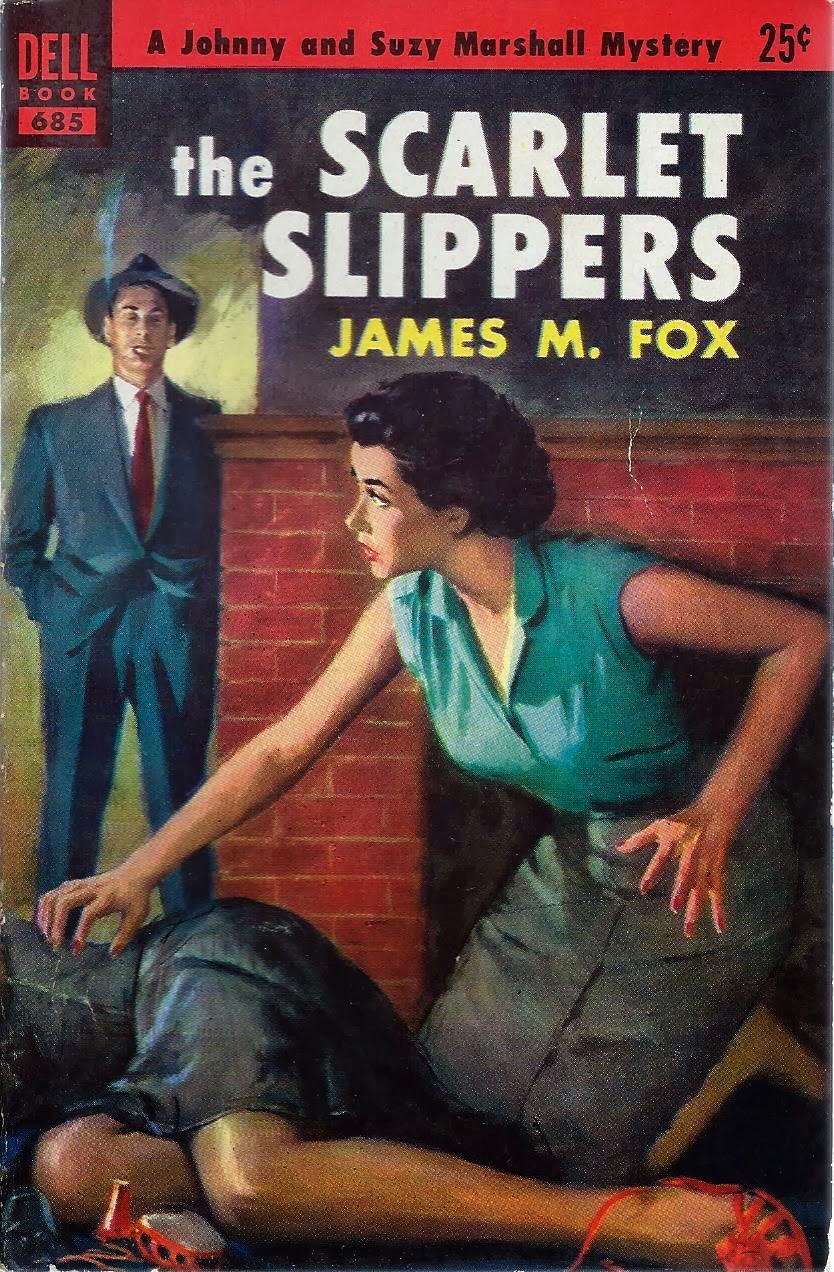 Here we have a live woman (bosom) and, presumably, a dead one (legs).  Again the color red, along with turquoise blue, is present to highlight features of female anatomy (and the scarlet slippers themselves are a fetish object).

Off to the side we have another menacing male, this time depicted in full. But here we sense from the man a calm and cool menace, as suggested by that cigarette, which he smokes with such an air of laconic arrogance.

Is he a detective? Blackmailer? Murderer? 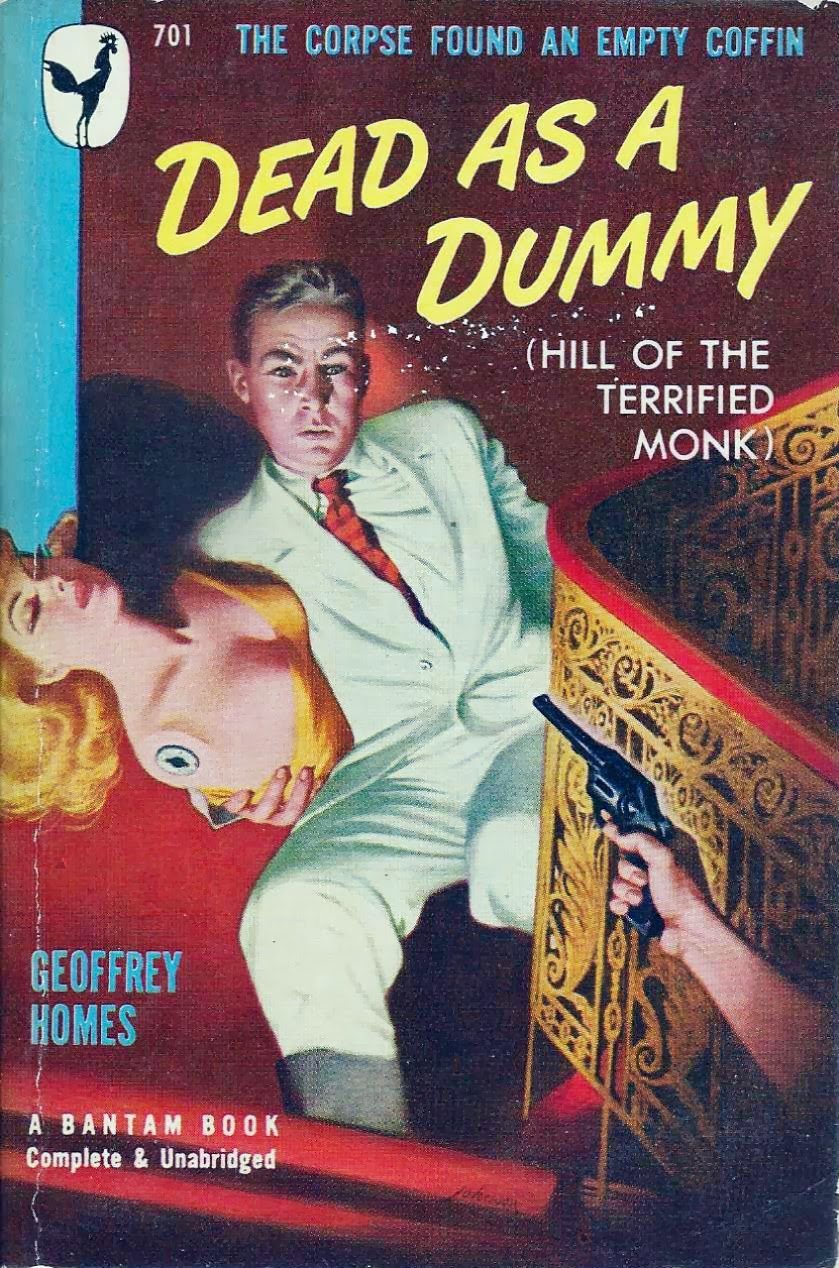 Note first the change to a pithier, alliterative title.  Here the object of menace is a man, except....get a load of what he's holding.

That's no dame, that's a dummy!  And what a dummy!

Note: Geoffrey Homes was the pseudonym of Daniel Mainwaring (1902-1977), best known for the novel Build My Gallows High (1946), adapted by Mainwaring into the classic noir film Out of the Past (1947).

Here the woman (in red) is being shielded by a man. There's not immediate menace, but it may be out there, reflected in the glare of the man's flashlight. 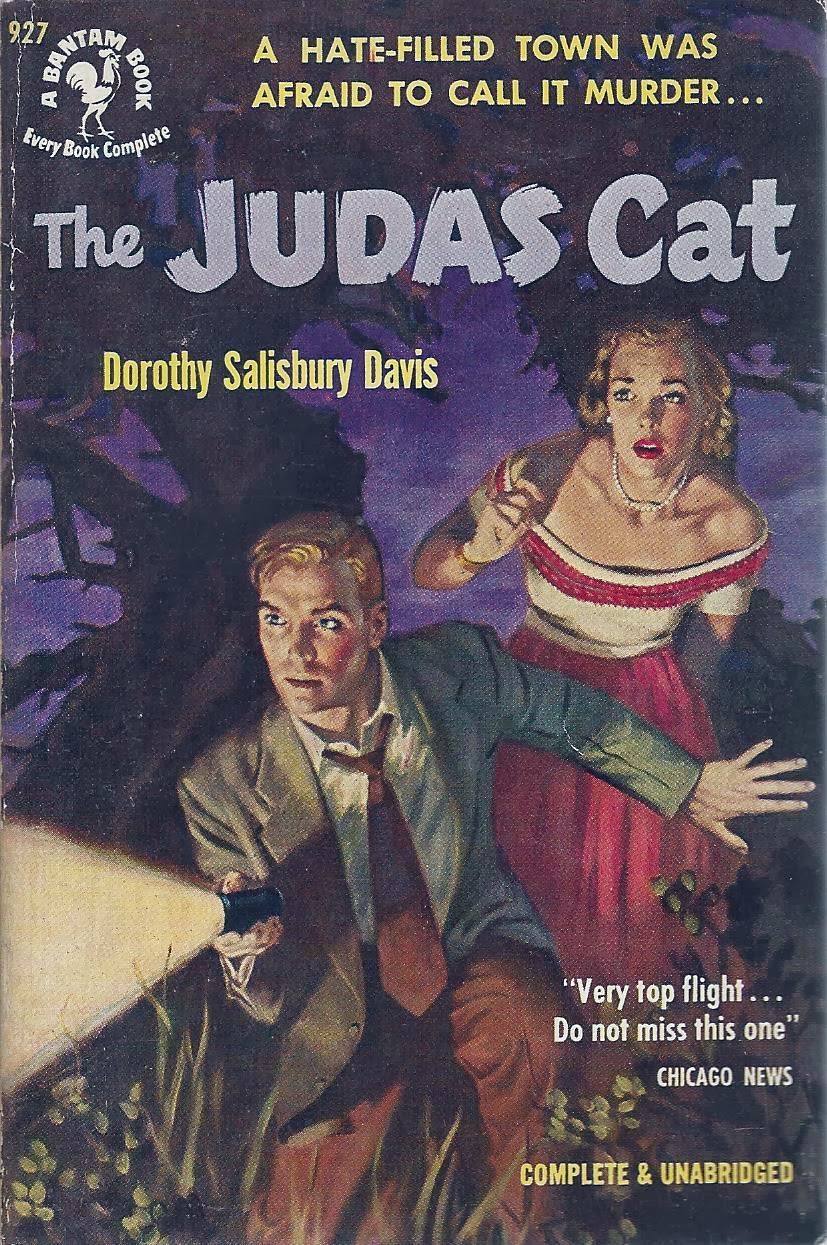 The man and woman are investigating as a team. The man is gentler looking then many of his fellows on crime paperbacks, with a flashlight in his hand rather than a (ahem!) rod. It's significant, I think, that this is the only book of the four that was written by a woman.  I think the artist was trying to appeal to more of a female readership with this cover.

Note too this is the only book of the four that bothers to carry a critical blurb on the cover (this approach is carried on in the back, where, under the headline NEWCOMER RATED TOPS, we find critical blurbs from our old friends --see previous blog pieces--Judge Lynch of the Saturday Review, Anthony Boucher and Craig Rice).

I wonder which cover most appeals to you?
Posted by The Passing Tramp at 12:51 PM