It Takes a Village: Whispering Tongues (1934), by Laurence Kirk

"An absorbingly interesting story, excellently written, natural, convincing....If every thriller were as worth while [as Whispering Tongues] one could understand the national appetite for battening exclusively on the species."

Laurence Kirk's Whispering Tongues, the novel that immediately preceded his fine book The Farm at Paranao, previously reviewed here, is a classic English village murder mystery from the 1930s, though it is not a detective novel.  In fact at the time the book was published there was some disagreement about whether it was even any sort of mystery genre novel at all. 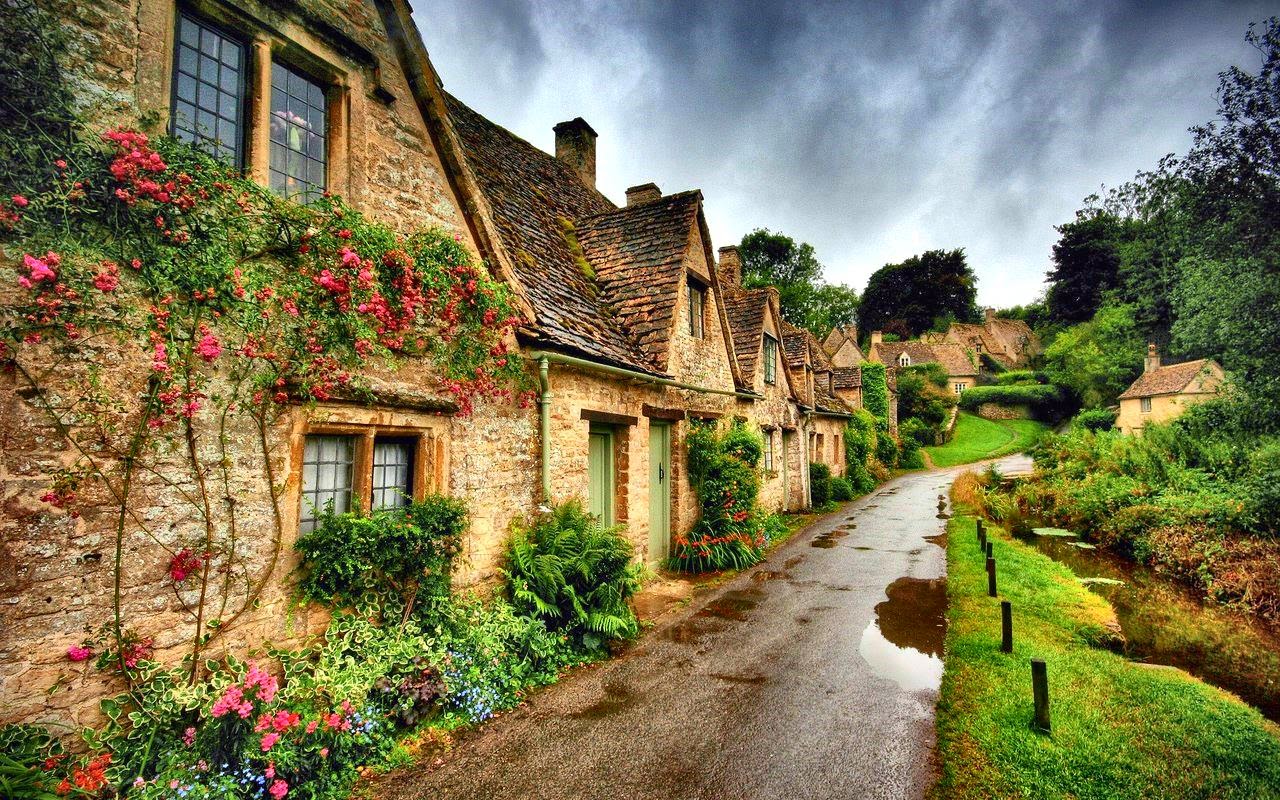 In the United States, Whispering Tongues was published by Doubleday, Doran, though not under its Crime Club imprint; and the publisher expressly compared the book to Francis Iles' influential psychological crime novel Before the Fact (1931). Yet Saturday Review placed Tongues in its detective fiction column, rejecting the comparison to Fact and declaring that Tongues was "interesting for mystery, not psychology" (the verdict rendered on the novel, however designated, was "very good").

The New York Times Book Review similarly included its notice on the book in its mystery stories column, yet mystery reviewer Isaac Anderson noted that Tongues "differs from the ordinary crime story...in the placing of the emphasis not upon the murder with which the story deals but upon the manner in which a hitherto peaceful English village reacts to that murder and the events following it."

On the other hand, Kirkus Reviews speculated that Tongues "might almost be sold as a mystery--but the interest lies not in the...deaths but in the revelation of the inner secrets of the people who live in the village where the deaths take place.  A strange study in female psychology, where the women outnumber the men, and where ingrown, morbid emotions play havoc with lives outwardly placid."

In other words, we are dealing here with a "crime novel" (huzzah!)--a very good one.

Tongues opens in 1931 at the trial of Harry Forster-Daintree, who was arrested the previous year for the arsenic murder of his wife, Millicent. The couple had married in the chaotic year of 1919, over the objections of Millicent's exceedingly snobbish family, the Forsters, indisputably the great personages of the village of Brackenbury:

That Forster family was everywhere, with its awful tradition of always being important....They had a faculty for breeding old maids, old maids who were somebody, so much somebody that no one was ever good enough to marry them.

The current head of the female-dominated Forster family, Miss Emmeline, barely condescends to "know" the local nobility, the Earl and Countess of Wexe, on the grounds that, in her view, the members of this ancient family "never failed to marry beneath them" (the current Countess of Wexe, we find, formerly graced the stage).

Harry Forster-Daintree--formerly merely Harry Daintree, he was required to add the Forster name when he married Millicent--is acquitted early in the novel, leaving Brackenbury under a pall of mutual suspicion.  If her husband really didn't do it, then precisely just who did poison Millicent Forster-Daintree?

Concurrently a charming love story develops between the local doctor's daughter (and distant Forster relation), Sarah Felsted, and the Earl of Wexe's son, Hugh, who due to his family's depleted fortunes is now employed as a salesman in a city department store. Eventually there is another arsenic death and from there the novel, which for the most part had up to this point been gently satirical, gathers steam as it heads to a dramatic climax, wherein a murderer's malign machinations are shockingly revealed.

Whispering Tongues confirms my impression that Laurence Kirk, the pseudonym of Eric Andrew Simson (1895-1956) is a most unjustly forgotten name from Thirties fiction.

Kirk writes particularly well of women characters of varied ages and backgrounds (incidentally, Sarah Felsted's favorite novelist, as in the case of Fanny Verney, the heroine in The Farm at Paranao, is Jane Austen), he creates vivid impressions of places and his satirical wit is impeccable.*

*(Here he is on the analysis of the comestibles at Mrs. Slaney's tea, where the second of the novel's arsenic deaths takes place: "Mrs. Slaney's cakes had revealed traces of nothing more deadly than the cheapest brand of margarine.")

Additionally, Kirk's social observation is acute.  He makes plain that England's Victorian/Edwardian class structure has cracked and that the Forsters are hopeless anachronisms (as much so "as the Star Chamber," a character observes), however high Miss Emmeline may hold her proud head.

Deference to rank is collapsing--"Servants always were so cheerful when things went wrong," one character frets--and to try to survive and perhaps prosper village "betters" must strive to keep up with the shifting, tumbling times. References to economic depression and unemployment and the rise of totalitarianism are made in the novel, indicating awareness of a world that is perilously dislocated:

Look at the world!  There's food and plenty for all, but they can't find a way of distributing it. Starvation in plenty.  There's misery for you.  And futility....and madness....And these debts and disarmaments!  They'll never manage anything, because the suspicion is still there. They're just heading for another war...more mud, more blood, more agony....

As I write these words this weekend we are still awash in merited tributes to the late P. D. James, who was, to be sure, one of the most important English mystery writers in the history of the genre. But when they tell you in these tributes that before writers like James and Ruth Rendell English mystery writing had nothing to offer but "mere puzzles"--well, don't believe them!

Incidentally, next week I will have a lengthier consideration of the writing carer of PD James and its complex relationship to the Golden Age detective novel.  Additionally I should note that today is the 108th birthday of the late John Dickson Carr (only fourteen years older than James), one of the Golden Age greats.  At his fine blog Sergio Angelini has compiled a master-list of people's favorite Carr detective novels, including mine. Interesting stuff.

Coming also will be a bit more on Laurence Kirk himself.
Posted by The Passing Tramp at 6:21 PM