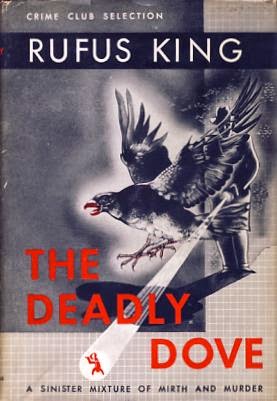 "I will tell you more," Joe said, "about the Dove.  He is a gentlemanly, mild-mannered old guy, and for looks you would think that a sneeze would blow him away. With him you never have to worry. Just give him a  job and you can forget about it."

In The Deadly Dove, Rufus King's assassin, the mild-mannered murderer known as the Dove, is, course, ironically named.  Rather than a man of peace he is a professional hit man, one highly-regarded within the slay racket.  His professional services are called upon in The Deadly Dove.

In New York actor Alan Admont has married the widow Christine Belder. Christine is wealthy and imperious while Alan is handsome and impecunious. Also, Christine is sixty and Alan is twenty-five.

Alan owes a very substantial sum of money to gangster Joe Inbrun, who concludes that the best way for Alan to be in a position to pay him back would be if Alan were to inherit a chunk of change from a rich, dead wife.  Joe tells Alan he has hired the Dove to eliminate Christine at her crumbling Gothic pile of a mansion in the Catskills, where the couple is staying, surrounded by a very odd coterie of retainers.  However, the best-laid plans....

Christine returns from a trip to New York having been persuaded by her conservative, perpetually suspicious attorney, Stuyvesant Swain (a loyal friend of her dead first husband and bemused observer of her own affairs), to create an immediate lifetime annuity. This means that upon Christine's demise gold-digging Alan will get nothing but her jewels, which are enough to cover his debt to Indrun and Indrun's debt to the Dove, with precisely nothing left over for him.  Suddenly Alan has every reason to keep his wife alive. But the deadly Dove already has set flight for the Catskills! What to do now.... 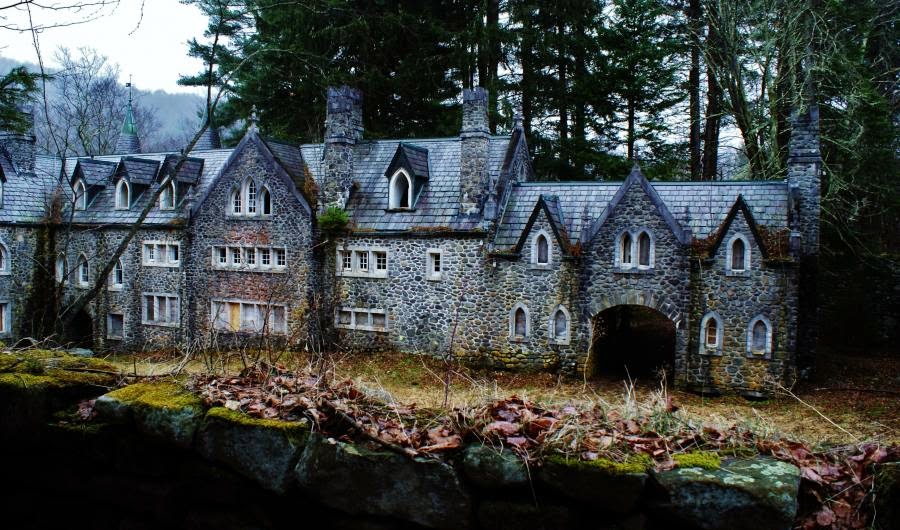 The Deadly Dove is a short, farcical murder novel that, as others have commented before me, reads very much like a novel adapted from a play. Like The Case of the Dowager's Etchings and Museum Piece No. 13, both reviewed on this blog, it was originally lucratively serialized in a "slick"; however, I have seen no evidence that it actually was a play, although Rufus King in the 1930s enjoyed some success with play writing, as John Norris has documented.

The Dove is very much the sort of villain one might have expected to see on stage, during the between-the-wars years, in an Edgar Wallace crime thriller; yet in his novel King plays the criminous situation more for laughs than for thrills. I enjoyed the proceedings, but then I enjoy murder farces.

Rufus King's wealthy father, who died when Rufus was 35, appointed the King family lawyer as Rufus's trustee; and the relationship between headstrong Christine Belder and cautious Stuyvesant Swain may bear some resemblance to that between Rufus and his trustee (a family friend wryly commented on John Norris's blog, "Rufus needed his money looked after").

A relationship between an older wealthy women and a younger attractive man is a familiar motif in King's writing and I think one that reflects the likelihood that King was almost certainly gay. That King's fiction has certain gay aspects to it seems obvious to me, as well as John Norris and Mike Grost; yet this is something that had never been alluded to within the mystery community, as far as I know, before we three began blogging about his books.

King portrays Christine Belder as an eccentric, no question; but ultimately he seems impressed with her determination to live life as she pleases, with little concern for conventional opinion of the day. Can Christine be seen as a female "gay icon" archetype? I think so.
Posted by The Passing Tramp at 2:24 AM