Myths of the Golden Age 2:Tough Eggs and Intellectuals

Two other myths of the Golden Age--ones that surfaced in the recent popular studies by Lucy Worsley and the late PD James--are (1) intellectuals had contempt for the Golden Age "classic"--i.e., puzzle-oriented--detective novel (until, arguably, Dorothy L. Sayers lifted it above contempt with Gaudy Night) and (2) American crime fiction in the Golden Age consisted mostly of works by hard-boiled writers, like Raymond Chandler, who also had contempt for British detective fiction. The situation actually is much more complex than these formulations allow, something that I and some other contributors to Mysteries Unlocked: Essays in Honor of Douglas G. Greene, discussed last year in the book.

Of course Doug Greene, through his work on John Dickson Carr and other writers, has done much to examine the rich vein of Golden Age American "classic" detective fiction. He also, incidentally, has highlighted the post-WW2 aesthetic feud between Carr and Chandler that arose out of Chandler's famous essay deriding classical detective fiction, "The Simple Art of Murder." This essay, which Chandler acknowledged was deliberately polemical, for decades established the view that Chandler had disdain for all British detective fiction.  "Chandler despised the English school of crime writing," writes PD James, who then quotes Chandler's famous, amusing line that "the English may not always be the best writers in the world, but they are incomparably the best dull writers."

However, as I discuss in my Raymond Chandler essay, "The Amateur Detective Just Won't Do: Raymond Chandler and British Detective Fiction," Chandler in fact was an admirer of two British detective novelists who sometimes have been dismissed as dull ("Humdrum" even), Freeman Wills Crofts, a major subject of my book Masters of the "Humdrum" Mystery who recently has been reprinted by the British Library, and R. Austin Freeman, whom in Masters I dub the father of the so-called "Humdrums."

The crime writer and once highly influential critic Julian Symons likened reading Austin Freeman, an author I greatly enjoy myself, to chewing straw.  Chandler certainly did not agree and in fact wrote quite fondly of Freeman's fiction. He saw Freeman and Dashiell Hammett as masters of two different sorts of crime writing. Freeman's writing had "immense leisure," Chandler allowed, but "within his literary tradition" Freeman was, insisted Chandler, "a damn good writer."

In addition to Crofts and Freeman, Josephine Tey and Michael Innes were other British crime writers Chandler enjoyed. The view that Chandler despised the "English school of crime writing" just does not hold. To better understand Chandler's more nuanced view of British detective fiction, one must look at more than his "Simple Art" essay. 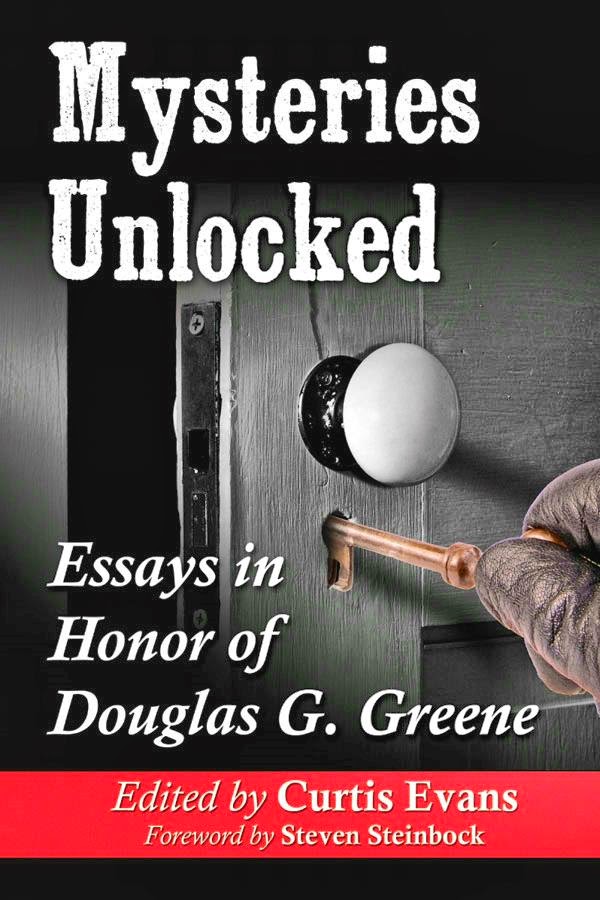 For starters I would suggest people might take a look at mine. (but naturally!)  In it I argue that what Chandler really disliked about the "English school of crime writing" was the privileged gentleman amateur detective, today most associated with the work of Dorothy L. Sayers.  About the gentleman detective of classic mystery Chandler could get rather scalding.

There was an immensely rich tradition of classical, puzzle-oriented detective fiction in the United States, but as scholarly studies have focused increasingly on the English Crime Queens to the exclusion of everyone else who worked within the classical tradition, these writers seem to have receded in both popular and academic awareness.

The appetite for puzzle-focused detective fiction in fact broke quite a few boundaries.  For a time it was immensely popular with intellectuals, as I and Henrique Valle discuss in Mysteries Unlocked. More on that to come.
Posted by The Passing Tramp at 2:12 PM