And it's another May outing with your Tuesday Night Club Bloggers.  Tonight I look at transportation mysteries by electrical engineer and artillery and intelligence officer turned mystery writer Cecil John Charles Street (see below).  Here's are links to the other postings by members of the Club:

All-But-One Aboard for for John Dickson Carr's "Cabin B-13" (The Invisible Event, Invisible Blogger)

Seasoned Travellers at Home (Your Freedom and Ours, Helen Szamuely)

Holidays and How They Change (Clothes in Books, Moira Redmond)

Interest in transportation is a notable feature in a number of the many of John Rhode and Miles Burton mysteries written by the prolific Cecil John Charles Street.  Some notable examples:

Tragedy on the Line (1931), Dead on the Track (1943) and Unwanted Corpse (1954) have dead bodies discovered on railroad tracks--but they haven't been killed by trains!  In the recently-reprinted Death in the Tunnel (1936), a murdered man is found in a train. John Street in real life was a great car enthusiast and some of his mysteries involve cars in important ways. In The Corpse in the Car (1935), a wealthy (and quite horrid) old woman is discovered dead in her limousine.  She's been slain in a particularly insidious manner.  The Motor Rally Mystery (1933) concerns cleverly engineered deaths during a British "motor rally," while Mystery at Olympia (1935) involves murder at a popular British motor show. 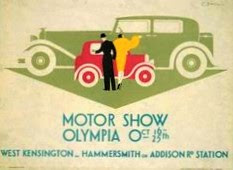 In Dead Men at the Folly (1932) there's much to-ing and fro-ing in autos on remote country lanes. Blackthorn House (1949) concerns a stolen car ring in early postwar England. In Proceed with Caution (1937), a body is discovered, most gruesomely, in a road crew's tar boiler. There's also a sinister funeral hearse with an empty coffin which is involved in the tale.  Street's last published detective novel, The Vanishing Diary (1961), involves a Volkswagen Beetle type car.

In The Charabanc Mystery (1934), a dead body is discovered on a bus carrying a team of village darts players, while Murder of a Chemist (1936) concerns a poisoning which takes place during a coach tour bus's stop at an inn. 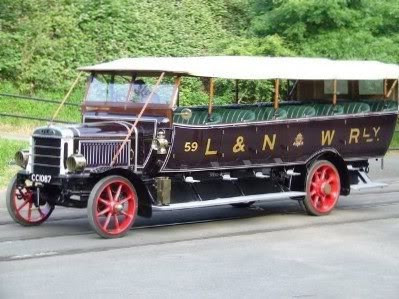 Though people get in quite a bit of travel in Street's mysteries, they don't get out of that country that much. There is, however, Peril at Cranbury Hall (1930), where the fiendish murder which crotchety scientist Dr. Priestley must elucidate takes place in Belgium, and Murder in Absence (1954), where gentleman amateur sleuth Desmond Merrion and his wife Mavis economically take a Mediterranean cruise on a tramp steamer while the roof of their country seat, High Eldersham Hall, is being repaired. There they encounter sundry criminal shenanigans. 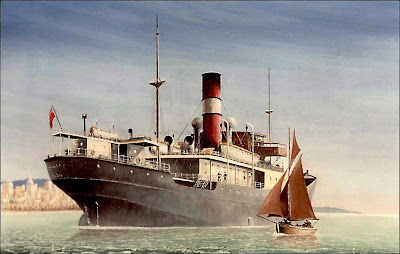 There is much more on many of these mysteries in my book Masters of the Humdrum Mystery.  I hope more of these novels will be reprinted someday!
Posted by The Passing Tramp at 6:10 PM