Tuesday Night Bloggers, May Edition: Hands Across the Water: Murder on the "Enriqueta" (aka The Strangler) (1929), by Molly Thynne

The slaying sojourn continues in May with the Tuesday Night Bloggers: 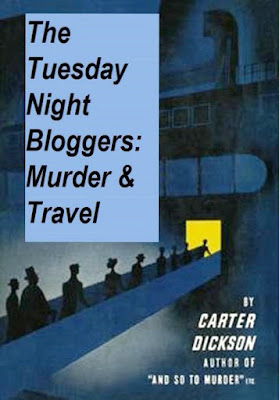 Throw Mama (Or Anyone Else) from the Train! (Bev Hankins, My Reader's Block)

Coach Tours to Crime (Helen Szamuely, Your Freedom and Ours)

My contribution is this piece below.

The Murder on the "Enriqueta" (aka The Strangler) received quite good notices when it was published, one paper pronouncing that in this "unusually good mystery novel...style, plot, and characterization deserve equal laurels," while another declared: Miss Thynne has the ability to make a story arresting, and she exercises it beneficially in this latest thriller.  The crime on board the Enriqueta is but the prelude to a succession of exciting events."

One reviewer was even moved to praise the novel in verse:

The Murder on the Enriqueta is a recent thriller by Miss Molly Thynne,
A book I don't advise you, if you're busy, to begin,
It opens very nicely with a strangling on a liner
Of a shady sort of passenger--an outbound Argentiner,
And, unless I'm much mistaken, you will find yourself unwilling
To lay aside a yarn so crammed with situations thrilling.

Only the first three chapters of Thynne's second mystery, The Murder on the "Enriqueta," take place on a ship: the ocean liner Enriqueta, traveling from Buenos Aires to Liverpool.

However, that's where occurs the novel's first murder: the vicious strangling of a drunken and most unsavory ne'er-do-well Englishman named Smith, who was returning to the UK after some considerable time spent in the Argentine.

A cockney ship steward briefly espied, without realizing it at the time, the murder scene, with the presumed killer standing over the victim:

"Would you recognize the man you saw bending over Smith?"

The steward shook his head.

"I couldn't swear to him, sir," he answered.  "I could see 'im clear enough under the light, but there was a white bandage, or it may 'ave been a muffler, round the lower part of 'is face.  Uncommon queer, 'e looked, what with that and 'is green pajamas."

The bandaged/mufflered green pajama-clad killer is a nice touch, a bit of the sort of colorful oddness one gets in the detective novels of John Dickson Carr.

A Scotland Yard inspector named Shand gets who happens to be traveling aboard the Enriqueta gets interested in the queer case. (Readers will be seeing more of him.) Does the crime have connections to organized crime activity in Argentina which Shand was investigating? 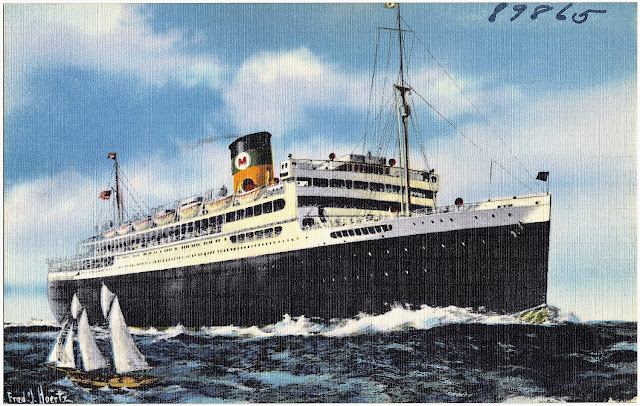 Soon, however, we are back in England, plunged into the affairs of the aristocratic Dalberry family. Inclusion of a family tree in the book (I read the American edition) would have been nice, but just for you, my dear readers, I will type out the names of the ill-starred, though eminently aristocratic, Dalberry siblings and children:

Maurice and his two sons died in a Channel plane crash not long before the novel begins. The family title and estate succeeded to Adrian, who had long lived in Argentina, where he made his pile. Shortly after his succession to the title and estate, however, Adrian was killed in a car crash in Argentina. Into the dead man's shoes stepped Gillie, who grew up in England with his lovely and plucky step-cousin, Carol, who after her mother died was sent by her father to live at Berrydown, the Dalberry ancestral estate. 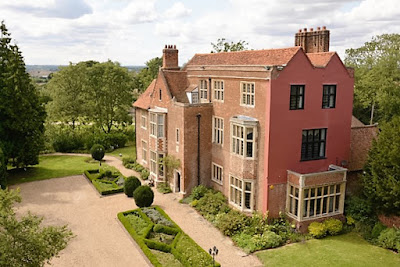 Carol, by the by, succeeds to her dead American father's fortune when she turns 21, an event which will take place in a few months.  A lot of money is floating around in this story! Oh, and I see I didn't mention that Lady Dalberry, widow of Adrian, i.e., the former Miss Larsen of New York, has just returned to England. And guess on which boat it was that Lady Dalberry traveled?

I must warn the fainthearted out there that the Enriqueta murderer will find additional victims in England. Just who will perish next at the remorseless hands of the strangler?!

Out-of-print for nearly seven decades, Molly Thynne's mysteries will soon be republished by Dean Street Press. I will have more detail on this matter soon, as well as the mystery of Molly Thynne herself.
Posted by The Passing Tramp at 7:32 PM