Here are Coachwhip's posh new editions of the Roger Scarlett mysteries, published between 1930 and 1933 by Evelyn Page and Dorothy Blair, two recent college graduates (from Bryn Mawr and Vassar respectively) who had worked for a few years at the Boston publisher Houghton Mifflin before commencing on a joint detective fiction career as "Roger Scarlett."  These new editions draw on the reverence for distinguished (if sometimes sadly decaying) domestic architecture that positively permeates the Scarlett novels, which are filled with veritable murder mansions (and numerous floor plans). 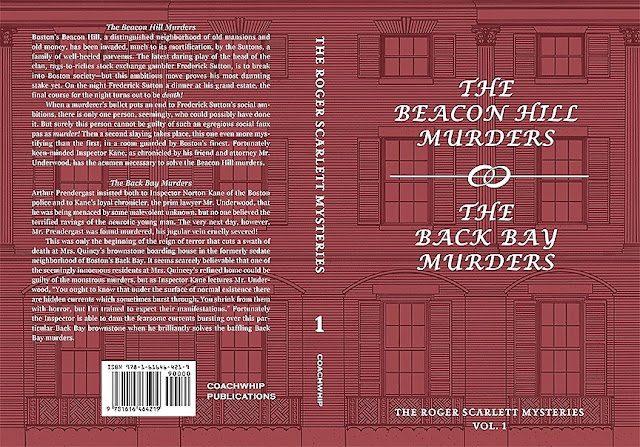 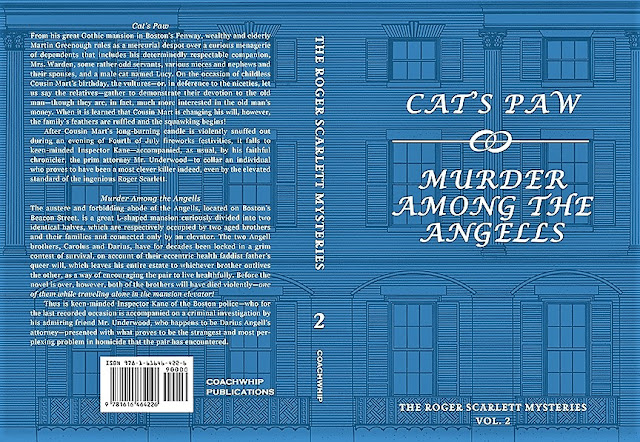 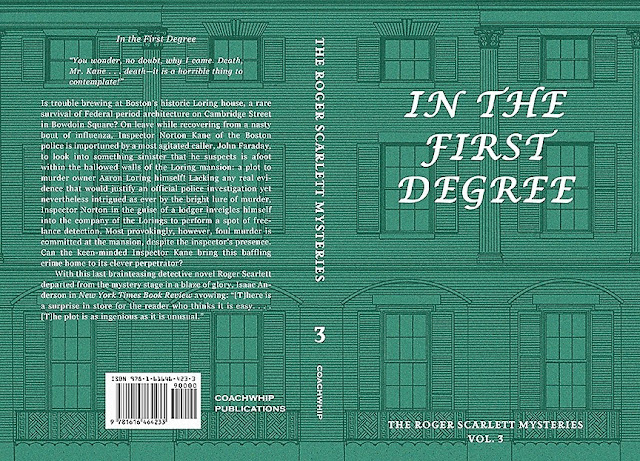 The first two Roger Scarlett novels, The Beacon Hill Murders and The Back Bay Murders, both appeared in 1930.  The first novel details the murderous outcome of the invasion of Boston's exclusive Beacon Hill district by the Suttons, a family of well-heeled parvenus.  That notorious "stock exchange gambler," Frederick Sutton, is determined to make his way into Boston society, but Boston society has remained rather dubious about the bumptious questing capitalist, with only the charming Mrs. Anceney, a prominent society widow, taking up his cause.

Sutton's attempted social ascent is brutally cut short when he is shot in his sitting room after a dinner party he hosted at his Beacon Hill mansion, in what is the first of two ingenious "impossible" murders in the novel. (The second one takes place, most brazenly, right under the noses of the police.)

Brilliant Inspector Norton Kane of the Boston police is soon investigating the bizarre murder case, assisted (if that is the right word) by dutiful though not overly astute Sergeant Moran and his rather dim minion in blue, McBeath.  Also on hand is the chronicler of the tale, the prim attorney Mr. Underwood, who was Frederick Sutton's disapproving attorney as well as a staunch friend of Inspector Kane.

Inspector Kane ventures into another quaint Boston neighborhood in the The Back Bay Murders, this time in a case concerning horrid slayings committed among the genteel paying guests of Mrs. Quincy's refined brownstone boarding house.

Kane's investigation again is chronicled by Underwood, who still finds the idea of murder in such surroundings incongruous indeed.  He is lectured by Kane: "[Y]ou ought to be better prepared to meet the unforeseen.  You ought to know that under the surface of normal existence there are hidden currents which sometimes burst through.  You shrink from them with horror, but I'm trained to expect their manifestations."

Although there is no locked room problem per se in The Back Bay Murders, the second murder in the novel presents aspects of one and the mystery plot overall is highly ingenious and pleasingly outre, presenting such teasing clues as bloodstains which are not actually blood and a cat toying with a feather.

It was this last feature of the novel that inspired the title of the most extreme plagiarization of a mystery novel known to me: a line by line swiping of The Back Bay Murders, done by an Englishman with seemingly no sense of shame whatsoever.  It might have been enough to launch a second Boston Tea Party, as far as Dorothy Blair and Evelyn Page were concerned.  More on this next post! 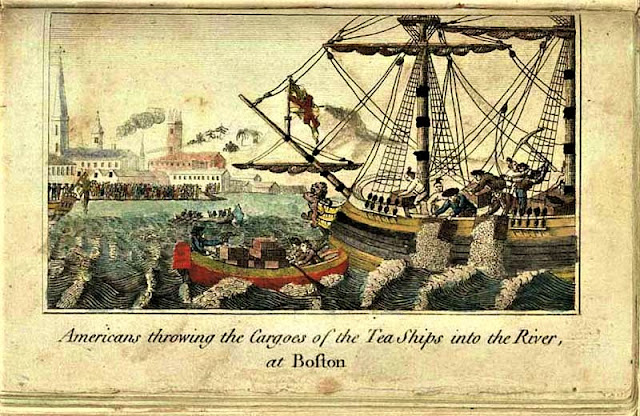