The Daughter of the House (1925); Or, How I Learned to Stop Worrying and Love Carolyn Wells

Over the years Carolyn Wells's vintage mysteries, though quite popular in their day, have received criticism from people like Bill Pronzini (see his amusing, Edgar-nominated book Gun in Cheek), Jacques Barzun and Wendell Hertig Taylor, blogger John Norris and even yours truly, The Passing Tramp.  Yet over the years I also have come considerably to alter my view of Wells's crime fiction.

There is no question but that over her nearly 40-year career as a detective writer the prolific author penned some powerfully poor books (what Bill Pronzini dubs alternative classics), such as The Umbrella Murder and The Roll-Top Desk Mystery. (Yes, a person is killed with a roll-top desk in the latter book, though no one actually is struck down with a fatal umbrella in the former).  Yet the more I read Wells's books, the more I find titles by her which I like, such as the rather charming mystery Vicky Van (1918), praised by GK Chesterton, no chump he. 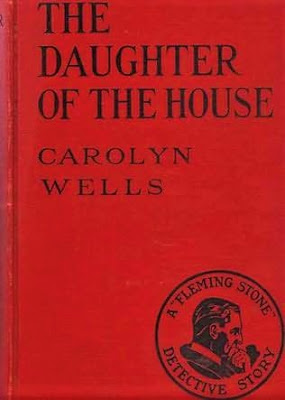 Part of the rap on Carolyn Wells has come from disappointed devotees of locked room mysteries, a most exacting breed.  The great American  expatriate crime writer John Dickson Carr himself was a fan of Wells as a youngster (and after the Second World War he, roaming the streets of New York and possessed by nostalgia, bought a complete set of her detective novels--all 82 of them), yet anyone looking for the sort of intricate miracle problems which Carr devised will be disappointed with Wells.

Another problem with Wells for some readers is that her settings invariably are among the American leisured classes, the genteel plutocracy of the northeastern United States.  Although hard-boiled crime fiction was fast gaining popularity in the between-the-wars period,Wells was having nothing of any such leveling tendencies in her own writing.

Wells consistently disavowed any interest in sordid realism and underworld crime, firmly declaring in a 1929 newspaper interview: "My murders always take place in the white collar class."  Indeed!  About a decade later, in her novel The Missing Link (1938), Wells writes of one her characters, wealthy detective fiction devotee Leif Murray:

His notion of a good [detective story] was a tale whose interest depended on originality of plot and cleverness of workmanship.  One that presented a real puzzle to the intellectual reader.

He wanted no underworld characters, no gangster's work, no torture chambers or oubliettes, but rather a nice, clean, white-collared murder, with plenty of problems for a ratiocinative mind.

It really does remind one, as Leroy Lad Panek has argued, of Jean-Antoine Watteau's painting The Shepherds, which depicts wealthy French aristocrats playing at being rustics.  It's all play, it's all fake; yet if we accept these conventions and don't demand reality or deep feeling we can enjoy it.

Not all Carolyn Wells mysteries are like this.  I'll go back to Vicky Van, once again, where I think Wells really has something to say about the problem of dependence facing women (okay wealthy white women) in early 20th century America, around the time of the sinking of Titanic. (If you found Rose's dilemma gripping, just see what faces Vicky Van.)  But in most of Wells's mysteries, especially those that came after Vicky Van, I think that the author, an essentially unassuming woman, was simply having a bit of fun (and profit).

By 1925, the year Wells published her nineteenth Fleming Stone mystery, The Daughter of the House, she had dispensed with the Great Detective's teenage assistant, Fibsy Maguire.  (I like to think that the indefatigable Fibsy left Stone to set up on his own somewhere, preferably in cahoots in California with the Continental Detective Agency).  This departure left the Great Detective singlehandedly to solve bizarre and baffling murders afflicting complacently wealthy families in the northeastern US, typically in lovely country colonial mansions scattered around New England.

As happens with a number of his pre-Fibsy cases, Stone shows up in Daughter only for the last 15% of the book, strictly to solve the myriad mysteries confounding those lesser beings around him.  But here this is okay, because instead of having amateurs tiresomely bumble about trying to find clues for 85% of the book, Wells builds up a character setting which is genuinely interesting.  For much of the novel we don't even know that any crime has been committed.  But the characters keep us engaged in the flow of the story. 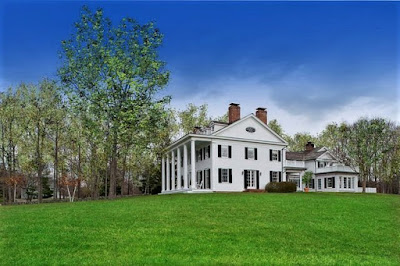 Before the book is over, three of these people will die, one definitely of murder (in, yes, a locked room), and two will unaccountably vanish, but for much of the novel one can discern only murky currents of intrigue.

Is Eleanor Lang really sick, or is she just imagining ailments?  Can jobless Alexander Lang get his rich brother to give him a settlement so that he can marry sexy Mrs. Castro?  Is Mrs. Castro really after Forry Carr?  Will Mary break it off with Forry?  Will Dane, infatuated with Mary, ever have his chance at amour?  There were enough questions here to keep me interested until the tides of hell finally broke loose--and on Mary's wedding day too!

The puzzle plot is good, if a bit outlandish.  But, hey, it's the Golden Age, surely we can accept some baroque detail in the structure of a pleasing puzzle plot. Here Wells came up with a pleasing one indeed. 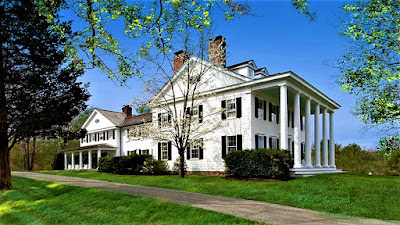 The novelist Countess Harriet Henry de Steuch (1896-1974), who despite the tony handle lived in New York (where she went simply by Harriet Henry, though she was the widow of a Swedish nobleman, Nils de Steuch), praised The Daughter of the House in what I think is a judicious and persuasive review:

For those who do not care for their detective stories straight, who like the stimulation of crime and intrigue weakened by a bit of love and chatty by-play, this book by Carolyn Wells is a first-rate tale....one gets to know Mary Lang and her father, her fiance and her mother, Nurse Brace and the seductive, alluring Guilia Castro quite well before a hint of mystery develops.  The author gives us a leisurely picture of her characters and setting before any intricacies of plot are introduced.  One feels quite intimate with these people before one has to worry about the odd and dreadful things that begin to happen to them.

The basic idea...is ingenious and nicely handled....the true-blue devotee of detective fiction does not object to a lack of plausibility when he can have thorough enjoyment for two or three hours!

I have said before that Wells' mystery fiction was dated by the 1920s, but while I think it was in milieu and class attitudes, in style it is arguably more modern, with its bit of love and chatty by-play anticipating the manners mystery associated with the British Crime Queens.  Interestingly, though Wells typically is listed as a traditionalist advocate of the pure puzzle story, she parted company with the once-influential bestselling American mystery writer S. S. Van Dine on the matter of whether love belonged within the confines of the detective story.  (She said yes, he said no; I don't have to tell you that she won this argument.)

Wells also referred explicitly, and sympathetically, to the manners idea in her book The Technique of the Mystery Story (1913):

The technique of the mystery story does not permit it to be a novel of manners, and yet the manners must not be neglected.  If a Detective Story is to be literature, what may be called its manners must be looked after quite as carefully as its plot, though by no means with such conspicuous result.

Is The Daughter of the House a manners mystery?  I think so, though it's more naively fashioned than the highly polished affairs pieced together by British Crime Queens Sayers, Marsh, Allingham, Heyer and Tey.  Carolyn Wells just may have been the Grandma Moses of the manners mystery--though her New England is an altogether posher place, with not only secret passages, like in Carolyn Keene's classic Nancy Drew tale The Hidden Staircase (1930), but  tennis courts and stately butlers.

Posted by The Passing Tramp at 3:39 AM