"I stabbed Lyddie at the bottom of Sticklepath Hill": The 1906 Brown-Ash Murder-Suicide at Barnstaple, Devon and the Doctor in the Case 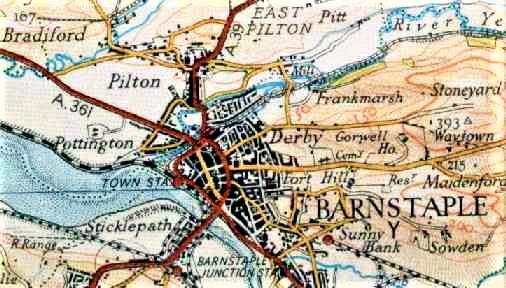 Around 7:30 on the evening of December 3, 1906, a terrible outbreak of homicidal violence took place at the bottom of Sticklepath Hill outside the ancient British habitation of Barnstaple, Devon.  In the roadway just behind the old turnpike gate, under the pitiless glare of an electric streetlamp, two little boys larking about rather late on the hill witnessed, to their horror, a man savagely setting upon a woman with a black-handled lambsfoot pocket knife, stabbing her in the chest and shoulder and fatally slashing her throat.

The two frightened boys ran to the nearby farm of a Mr. Copp and brought help in the form of one of Copp's horsemen, William Alford, but by the time they arrived upon the scene of the crime they found only the remains of senseless carnage: the woman, 32-year-old Lydia Brown, lying quite lifeless amid a pool of her own blood.  Alford ran to the Barnstaple Railway Junction Station and alerted authorities, but by the time they appeared, in the form of a Barnstaple doctor and police constable Corney, Screech and Braund, the murderer, 22-year-old Henry John "Jack" Ash, himself was dead.

Immediately after killing Lydia Brown, his estranged girlfriend, Jack encountered a courting couple, Willian Dean and his fiancee Gladys Perrin.  Glimpsing the fallen woman, Dean asked Jack if she was ill, whereupon JAck cried, "Yes, she's done for!" and plunged his knife into the unfortunate onlooker.  Miss Perrin promptly fainted at the sight of blood gushing from Dean's shoulder, and Jack went on his way.  He ran up Sticklepath Hill toward his parents' home, Myrtle Cottage, in the hamlet of Lake, stopping briefly at Mr. Copp's farm to wash his blood-spattered hands in a cattle trough.  He then stopped at Myrtle Cottage, where he told his brother Jim that he had "stabbed Lyddie at the bottom of Sticklepath Hill" and begged his brother to "see what you can do for her."

The pair started off for the crime scene, but Jack shied, heading instead toward the London and Southwestern Railway line, where Jack, after composing a short note to his family, threw himself in front of the 8.25 mail train from Barnstaple.  Ten minutes later his mangled remains were discovered on the track, along with his note, in which he had explained that the dead woman had forsaken him and plaintively declared that he could "not die without Lyddie."

The murder, assault and suicide created a sensation in Barnstaple and its surroundings, which had seen nothing like it in nearly three decades, when, back in 1877, a drunken butcher by the name of William Hussell had stabbed his wife to death in the town.  Over the next two days thousands of gawkers were said to have visited the murder site, where there could still see be glimpsed Lydia's Brown's weltering gore.  (Afterward sawdust was placed over the fatal spot.)

Lydia Brown, the youngest of seventeen children, had come to Barnstaple fourteen years earlier, in 1892.  At the time of her death, her parents having for some time lain buried in the churchyard, she had been employed as a buttonholer in a shirt collar factory (which the year before had been charged with employing underage girls as workers).  Of late she had resided with a widowed aunt, Mrs. Mary Anna Pine, a well-known Queen Street wardrobe dealer (i.e., a seller of second-hand clothes).  Formerly she had boarded at Myrtle Cottage with the Ash family, but her doctor, concerned about the state of her appendix, had warned her that it would be prudent to move into Barnstaple.

Jack also suffered from health problems.  He had, indeed, come to believe that his digestive problems were going to be the very death of him.

On the fatal Monday, Mrs. Pine had last seen Lydia around seven, when the younger woman returned from work to have her tea.  While Lydia ate and drank and Mrs. Pine sewed, Lydia informed her aunt that at work she had received a note from Jack asking her to meet him at the bottom of Sticklepath Hill. Noting that Jack had dropped in at her house for a chat that morning, Mrs Pine, who seemed to have sensed danger in the offing, stated doubtfully:

My goodness...why not have left the note here?  That is funny....The chap is bad.  Better fit he was home instead of coming to meet you at that time of night at the bottom of the hill....Lydia, I should not go if I were you.

Lydia demurred, saying should would go as far as the Bridge, at the end of the hill, see just what Jack wanted and "tell him not to come after me, as I don't want him."  She asked her aunt's daughter, Grace, to go with her, but Grace declined (perhaps saving her own life in so doing).  So shortly after seven, Lydia set out fatefully (and fatally) from Queen Street across Barnstaple Long Bridge (which dates to the fifteenth century) to meet her doom below Sticklepath Hill.

Lydia and Jack, a former packer at Raleigh Cabinet Works who was currently unemployed on account of his poor health, had been "keeping company" and it had been understood until recently--by Jack's family at any rate--that the two were to marry around Christmas.  Just last Saturday before the Monday murder, the couple had attended a promenade concert given in the Barnstaple Market and danced together.

However, Jack had been seeing his and Lydia's doctor about his physical maladies, about which he had become increasingly morbid.  Lately he had told Lydia that he thought he was dying, driving her and himself to tears. On the morning of the murder, he had visited Lydia's aunt at her home in Queen Street, where he sat on the sofa and and engaged her in queer conversation (as revealed in Mrs. Pine's testimony at the coroner's inquest):

I said I thought he was too bad to come to town.  He replied: "I cannot stay at home I am too worried.  I am under the doctor, but no doctor's medicine don't do me no good."  I said "Jack, have a cup of cocoa or coffee," as it was on the table; but with the reply, "No thanks, I believe I have something alive in my stomach," he got up and walked out, saying he would be in again directly....[he] also said the doctor ordered him to have bread and cheese.  I said "bread and cheese, and you so bad?!"  He answered "Dr. Lemarchand ordered me that last Saturday, I had it for me dinner yesterday." 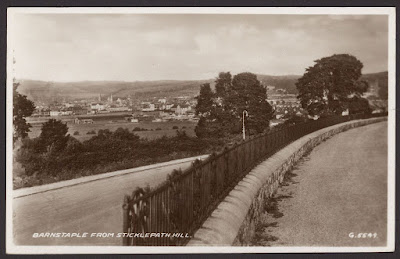 The jury at the inquest wanted to hear about Jack's physical and mental state from his aforementioned physician, Dr. Lemarchand (who also had been Lydia's physician as well); and the doctor compliantly testified as follows, concluding the inquest:

I had not seen him for some time until last Saturday [two days before the murder], when he came into my surgery.  I asked him how he was getting on, and he replied "I have been pretty well until about the last week, and the old pain is coming back again."  I asked him when the pain was worst, and he said "About three hours after the midday meal."  He added that it was his heaviest meal....I suggested that he should have his heaviest meal in the evening, about six or seven o'clock, and at midday have a light meal of eggs or fish.

Coroner: You said nothing about eating bread and cheese?

Dr. Lemarchand (smiling): No, sir.  But I don't think bread and cheese would have hurt him.

It was learned at this point that shortly before he had gone for his fatal rendezvous with Lydia below Sticklepath Hill Jack had stopped at Dr. Lemarchand's surgery at Litchdon House, where he left his empty bottle of medicine and said that he would return at eight, when the doctor was expected back.  However, that hour instead found Jack running about Sticklepath Hill like a man possessed (as, in a sense, he was).

Jack's mental state then was discussed.  Dr. Lemarchand defended the soundness, and indeed the keenness, of Jack's brain.

Coroner: Was Ash a person of weak or unsound mind?

Dr. Lemachand: Certainly not, he was a very intelligent lad.

Foreman: He never gave you any indication as being of unsound mind?

Dr. Lemarchand: Certainly not.  One night he called me out in the middle of the night to go and see Lydia Brown at Lake.  We talked the whole way, and he was a most intelligent boy.

Despite Dr. Lemarchand's final observations, the jury ritually brought in a verdict of willful murder and suicide "while of unsound mind."


Dr. Lemarchand was no stranger to tragic death in Barnstaple.  Around this time he also attended and testified at a dismaying number of additional inquests on deaths natural and unnatural in the town and its vicinity.

There was Mr. Hopkins, whose heart gave out after his consumption of a hearty dinner of fried fish and cocoa; chemist Thomas Davies, who deliberately poisoned himself with prussic acid; carpenter John Henry Featherstone, who drowned himself in the River Taw; railway fireman George Abraham Garlick, who died from blood poisoning that had resulted from a scratch he sustained at work; Florence Amelia Greenway, wife of a locomotive department foreman, who cut her own throat; Rosina Twigg, wife of a purveyor's agent and confirmed alcoholic, who hanged herself (Dr. Lemarchand was of the opinion that "people who drank like Mrs. Twigg were...more or less insane, or they would not drink so much."); Samuel Beer, an engine driver who was killed in a railway accident; Joseph Blackmore, a laborer and another drowning suicide in the River Taw; Thirza Tucker, wife of a police constable, who choked on a piece of rabbit; Emily Wiggins, a laundress killed when her clothes were ignited by an upset oil lamp; and John Manning, a slaughterhouse worker who died from exposure to anthrax.

Murder may have been rare in this corner of Devon, but ghastly untimely death certainly was not. 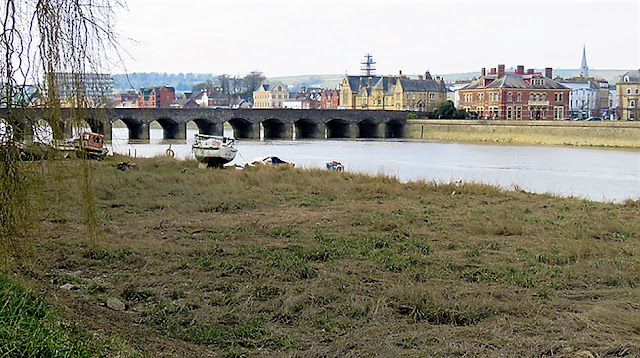 At the time of the notorious murder of Lydia Brown, Dr. Lemarchand and his wife were the parents of four children, a son, their eldest offspring, and three daughters.  Their youngest daughter, Betty, was born only five weeks before the Brown murder.  Betty Lemarchand would grow up to reveal that she was no stranger to death either, at last in fictional form.  After publishing her first detective novel, Death of an Old Girl, at the age of 60 in 1967, six decades after the Lydia Brown slaying, Miss Lemarchand would go on to publish a total of seventeen mysteries, the last of which, The Glade Manor Murder, would appear in 1988, when the author had entered in 82nd year.  In that novel one of the main characters is named Stephen Ash.  Coincidence?

Betty (or Elizabeth as she was known as an adult) Lemarchand's novels are now being reprinted, and shortly there will be more about the author posted here, at the home of The Passing Tramp.

For another case of a crime writer with an ancestor involved with criminal cases, see here.
Posted by The Passing Tramp at 7:02 PM