Although he only published his first crime novel at the age of 32, Julian Symons lived to enjoy a crime writing career of nearly half-a-century.  Two criminous volumes, The Man Who Hated Television and Other Stories and A Sort of Virtue, a final novel, were published after his death, so Symons sadly wasn't around to "enjoy" those.  Then, over a dozen years after his death, Crippen & Landru published one last collection of the author's Frances Quarles short stories, appropriately titled The Detections of Francis Quarles (2006).  The total tallies to 29 crime novels and five volumes of short stories, or 34 books, 33 of them published over a 51 year run.  That's not as prolific as some longtime crime writers, like Agatha Christie and John Dickson Carr, not to mention John Street, but it's no small potatoes, for sure!

It should be remembered as well that over that time Symons, a remarkable autodidact, published biographies, histories, memoirs, essays collections and other works and reviewed rafts and rafts of books.  In terms of his prolificity and versatility as a writer, he rather resembles the slightly older Rupert Croft-Cooke, aka mystery writer Leo Bruce (1903-1979), though unlike Croft-Cooke, he never wrote, to my knowledge, a "straight" novel with no crime element.

Symons wrote his first crime novel in 1939, but it wasn't published until about a month after the end of the Second Word War.  Thus he doesn't qualify as a Golden Age crime writer but rather a Silver Age one--and of Silver Age crime writers he was one of the most significant and influential.  I consider, by the by, that the Golden Age of detective fiction lasted from roughly 1920 to 1940, give or take a few years, the Silver Age of detective fiction rather longer, from about 1941 to 1985.  I suppose 1986 to 2010, say, was the Bronze Age, then, though it feels like the last dozen years or so has been something improved, as far as classic detective fiction and attitudes towards it go. 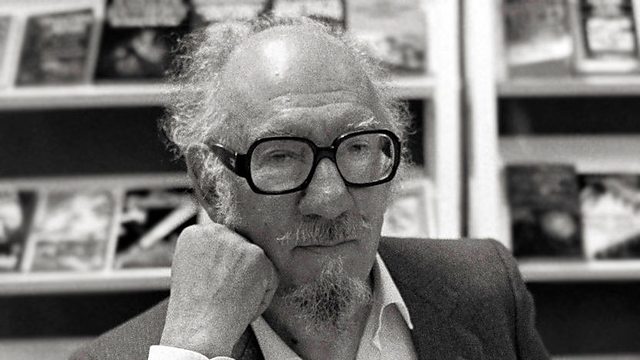 Symons was significant both for what he preached, in his selective and partisan genre history, Bloody Murder, and what he practiced, in his own crime writing.  Today I want to give a short consideration to his 29 crime novels.  What follows is a list, with my star rating: 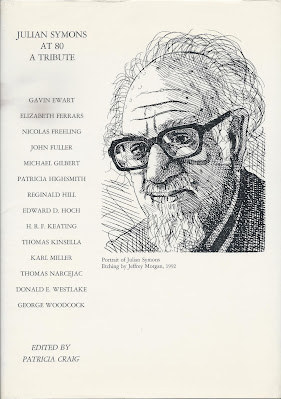 Symons' most important (if not necessarily most enjoyable) works, in my view, are The 31st of February, The Colour of Murder (CWA Gold Dagger), The Progress of a Crime (Edgar), The End of Solomon Grundy, The Players and the Game and Death's Darkest Face, the latter three comparatively less recognized than the first three.

Also very good in my eyes are The Narrowing Circle, The Man Who Killed Himself, The Blackheath Poisonings and The Detling Secret.  In fact I'm tempted to bump Blackheath up to five stars, but there are some rather notable plotting issues with this one which bother me, sorry!

His worst books in my view are his first two, along with The Gigantic Shadow, The Man Whose Dreams Came True, The Man Who Lost His Wife, A Three Pipe Problem, The Name of Annabel Lee, The Kentish Manor Murders and his last two.  My candidate for worst Symons would be either The heavily ironic and drearily depressive Man Whose Dreams Came True (a book to commit suicide by) or Annabel Lee, surely one of the most embarrassing attempts by a a septuagenarian crime writer to haul himself abreast of modern times.  (It's much worse than his beloved Patricia Highsmith's People Who Knock on the Door, which came out about the same time.)

I may bump some of the three-star ones up or down on rereading.  I read all of Symons' books in roughly the period from about 2001 to 2006.  I might well like some of them more (or less) now.  Martin Edwards says the Roger Rider's twist is "gasp-inducing," and I can't even recall it!  So you never know.  I see Martin has been rereading Symons' books too, no doubt in preparation for his own current one, and I was glad to see he had mostly forgotten some of them too and that it wasn't just me.

Also highly recommended is Nick Fuller's webpage on Symons.  I just looked at it last night and was struck by how much basic agreement (although he is harder on specific titles) that we are in with each other on the matter of old Jules.  I think his last ten books, published between 1975 and 1996, definitely show deterioration compared to the first nineteen, published between 1945 and 1973 (the patch in the Eighties between his Victorian period mysteries and the late Barbara Vineish/Ruth Rendellian stuff is pretty dire, but overall he had a very interesting life of crime.  (I've been using that phrase on my blog for a decade.)  More on it soon!