How Queer Is Classic Mystery? Perhaps It's a Question of Suspense! 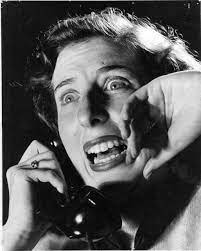 Was there a "queer influence" in classic mystery and, if so, how significant was it?  And what was it?  I have identified over forty LGBTQ, or possibly LGTBQ, vintage crime writers born between 1859 and 1927, from Fergus Hume to Marijane Meaker, the last of whom, at the age of 95, is still with us.
Still part of the problem with this exercise is the hold which the closet held over people in these days.  Coming out as queer could mean, if not jail time, at the least personal disgrace and economic ruin.  Surprise, surprise, almost none of these people ever came out publicly, barring Meaker, Patricia Highsmith (a onetime partner of Meaker) and a few other people who survived into the post-Stonewall era.