"One generation passeth away and another generation cometh, but the land endureth forever." 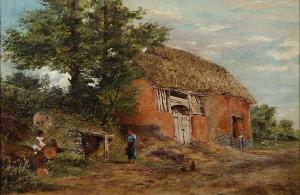 Even the finest longtime prolific mystery and crime writers in their later years may suffer waning inspiration and even capacity.  Elephants Can Remember (1972) and Postern of Fate (1973), the last two novels Agatha Christie wrote, are, in my view, quite dull and meandering (the latter, indeed, approaches incoherence).  When Christie produced these two books, she was in her eighties and had already written over sixty novels (Elephants and Postern were her sixty-fifth and sixty-sixth, respectively).  Christie had been writing mystery novels for over half a century, having produced her first one, The Mysteriousness Affair at Styles, in 1920.


Ruth Rendell, one of the great modern-day British Queens of Crime, will publish her sixty-second and sixty-third crime novels in 2012 (this is the first year since 2008 that she has produced two novels in one year).  Like Christie in the early 1970s, Ruth Rendell is now an octogenarian, having celebrated her eighty-second birthday last month.  She published her first mystery novel, From Doon with Death, nearly fifty years ago, in 1964.


Incredible as this may seem, Cecil John Charles Street, the other mystery writer with whom I am concerned in this piece, published (primarily under two pseudonyms, John Rhode and Miles Burton) more mystery novels than Agatha Christie and Ruth Rendell combined: 143 (or 144, depending on how one categorizes The Alarm).  Even more incredible, he produced his 143 mystery novels in a "mere" thirty-eight years, between 1924 and 1961 (making an average of four novels a year, rounding up).  Street probably is the most prolific true detective novelist in the history of the mystery genre (coincidentally, he died, at the age of eighty, the same year Ruth Rendell's first novel was published).


In this two-part piece I look at a pair of novels: Licensed for Murder (1958), by John Rhode (Street's best-known pseudonym) and the more recent Not in the Flesh (2007), by Ruth Rendell.  Though both books come from late in the authors' careers, when both authors were in their seventies (Street 74, Rendell 77), they are, I think, superior to most of Agatha Christie's later efforts.  Moreover, they have surprising elements in common, most strikingly a shared interest in social changes transpiring in rural England (note: I adopt the American spelling for the Rhode novel).


As "John Rhode" Cecil John Charles Street was a founding member of the Detection Club and one of the most popular English detective novelists in the 1920s and 1930s (after 1926 all his mystery novels were published in the United States as well as Britain, in the former country by Dodd, Mead).  His detective, the acerbic, elderly scientist Dr. Lancelot Priestley, was one of the true Great Detectives of the era, with a positive genius for solving the scientifically and mechanically complex crimes his creator devised in novel after novel.  If Agatha Christie was the era's Mistress of Misdirection, John Rhode was its Master of Murder Means.

Licensed for Murder was John Street's seventy-second John Rhode novel (and the sixty-seventh outing for Dr. Priestley).  There would be only five more over the next few years, none of them really recommendable. Yet Licensed for Murder is surprisingly good for this very late date, offering readers a complex plot and a persuasive rural setting.

The noted American mystery critic Anthony Boucher praised Licensed for Murder, writing in the New York Times that the "detection is competent; the murders have novelty and ingenuity to recommend them; and the background details on the management of a village inn are fascinating.  Slow and heavy, but kind of nice."


Anthony Boucher was discerning in his assessment of Licensed for Murder.  Its murder plot is one of Street's cleverest and the late-1950s declining rural inn setting is done with conviction and authority, reflecting in plain prose the author's over half-century familiarity with public houses and his fascination with geography and landscape (Street had been an artillerist in World War One).

Licensed for Murder opens with the managing director of Hinkley’s Brewery, Mr. Godstow, learning that the elderly tenants of the Knapper’s Arms plan shortly to relinquish the inn's tenancy, which they have held for twenty-nine years.  Godstow fears that finding new tenants will prove a stiff challenge:

The Knapper’s Arms was certainly not an attractive proposition.  A century ago Famford had been a flourishing center of the flint-knapping industry....But the industry had long since...come to an end.  The population of the straggling village had decreased, and now consisted almost entirely of labourers on the surrounding farms....How was a tenant to be found for such a house as the Knapper’s Arms?...[T]he property included six acres of land, enough for a smallholding.  But it wasn’t everybody who would be attracted by the prospect of serving in the bar during opening hours and working on the land for the rest of the day….Electricity had been laid on during the past five years, but water still had to be pumped by hand from a well, and there was no bathroom.  The only available public transport was the bus service along the main road between Maltchester and Whitby.


Godstow drives to Famford to get a look for himself at the lie of the land, which he finds, as he expected, unpromising:

From Hall Farm the village of Famford was hidden by an intervening hill.  But when Godstow had driven to the crest of this, the village lay spread out before him: the flint-built church, with its squat tower; the vicarage; a few scattered cottages; and in the centre of all the Knapper’s Arms.  It was large for a village inn and by no means attractive in appearance.  A central block built of brick, with a roof of blue slate.  To this additions had been made from time to time, built of flint or of the local stone.  The whole effect was ugly and without symmetry.  Godstow could imagine a prospective tenant shuddering at first sight of it.

Not unexpectedly, however, the locals—such as Mr. Kensal and his wife, the owners of Hall Farm, and the agricultural laborers who work for them--feel the Bilstons don’t quite fit in at Famford.  As Kensal tells his wife after first meeting the Bilstons:

I’m not very greatly taken with him.  He’s got a superior way I don’t like....As for the woman....I can’t believe that her true vocation is to become the landlady of a village pub....If she makes the chaps feel that they are her inferiors, they’ll take to going to the Blue Boar.  They don’t like people who put on airs.


This concern, however, is soon forgotten in the excitement that ensues when Mr. Bilston, taking down sheets of corrugated iron that had been put up over the inn’s great, disused stone fireplace, discovers "a charred and utterly unrecognizable human form."  Cause of death cannot be determined, but murder looks likely and Superintendent James ("Call me Jimmy")Waghorn is called in on the case.  It is assumed that the body was placed in the fireplace and burned during the period between tenancies, but, since the identity of the corpse cannot be definitely established, Jimmy finds his going as rough as the very flint, even after a consultation with his longtime mentor, the by now quite elderly Dr. Priestley.  Only after another death in Famford does truth gradually begin to emerge....


Besides providing a good puzzle, Licensed for Murder offers readers a glimpse of the altered landscape of even traditional English mystery in the 1950s.  Licensed for Murder has no settings of baronets and country houses, only of smallholders and laborers. Even the owners of Hall Farm, the Kensals, are plain, practical people, who concern themselves not with planning house parties for weekending society ladies and men-about-town, but rather with workaday matters like scrubbing eggs and spraying sugar-beets. With Licensed for Murder, then, we are far removed from the glamorous, sophisticated English country house murders of stereotype.


The rural world of Licensed for Murder is not so different as one might initially think from that of Ruth Rendell's quite interesting 2007 Chief Inspector Wexford novel, Not in the Flesh. To be sure, English society has changed since the 1950s and Rendell does not ignore these changes.  In her novel Rendell demonstrates that she shares John Street's interest in fictionally chronicling social transformation.


Yet the land endureth, even after the passing of generations. More on Rendell's novel in Part Two! http://thepassingtramp.blogspot.com/2012/03/land-endureth-part-2-john-rhodes.html

Posted by The Passing Tramp at 2:08 AM