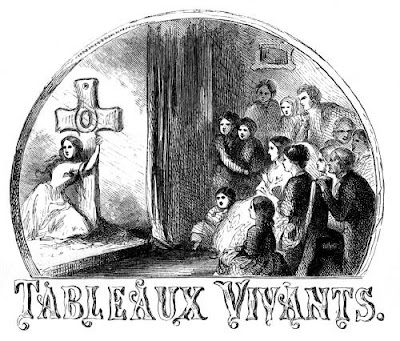 For the next week or so I want to write about Victorian mystery novels.  Not, to be precise, mystery novels written from the Victorian era, but ones written much more recently, and set in the Victorian era.  I have chosen four titles to look at: The Blackheath Poisonings (1978), by Julian Symons; Waxwork (1978), by Peter Lovesey; The Wench is Dead (1989), by Colin Dexter; and Asta's Book (1993), by Barbara Vine/Ruth Rendell (I'm cheating a bit with the last one, since the action only really starts in 1905).  Let the tableaux of Victorian crime novels begin!--The Passing Tramp

I don't suppose it is true that people adept at examining darker emotions in crime novels necessarily experienced great unhappiness in childhood, but certainly it seems to be the case that Julian Symons (1912-1994) in fact did (more on this below).

Although today he receives much less attention than he did even two decades ago, Julian Symons is one of the major figures in English crime fiction from the second half of the twentieth century. Symons was a prolific writer, publishing 28 crime novels in a half-century period (1945 to 1994; a final novel appeared posthumously in 1996), as well as collections of short stories and works of biography, history and literary criticism (a short story collection was published in 2006 by Crippen & Landru).

In my view, Symons' mystery genre survey, Bloody Murder: From the Detective Story to the Crime Novel (originally published in 1972 and reprinted in revised editions in 1985 and 1992) arguably is the single most important critical study of the genre (I say this though I often disagree with it!).

Symons was a key figure in that transition he writes about in Bloody Murder, the movement away from the puzzle-oriented detective story to the crime novel that places greater emphasis on characterization, setting, theme, psychology, the depiction of accurate police procedure, etc. He wanted to shift the mystery genre from its Golden Age preoccupation with puzzles over to the concerns of "realistic" mainstream novels. During his long writing career Symons himself did, however, produce some genuine "fair play" detective novels, including The Blackheath Poisonings, his twentieth crime novel.

Blackheath was published in 1978, when Symons was 66 years old.  It was to be the first of a Symons trilogy of Victorian crime novels, the others being Sweet Adelaide (1980) and The Detling Murders (1982) (in the United States The Detling Secret, a superior title). Symons admitted that he was getting older and losing touch with younger English life, probably as most any older writer to some extent would tend to do, and he thought exploring Victorian life would be an interesting change for him (though he went on to write seven more crime novels after the Victorian ones, all but one set entirely in the present day).

Of the three novels the best known is The Blackheath Poisonings. Sweet Adelaide is an exploration of a notorious true crime, the Adelaide Bartlett poising case.  The Detling Secret in my view is a superior detective novel to Blackheath, though it lacks emotional force. Blackheath was televised twenty years ago in a British film adaptation with a fine cast, including Judy Parfitt, Ian McNeice, Zoe Wanamaker and Patrick Malahide.  I believe it remains the sole Symons novel ever filmed.

It is hard for me to fairly assess Blackheath as a detective novel, because I encountered the tale through the film adaptation and thus already knew the solution when I first read the book. It seems to me that modern readers may guess the solution ahead of the author's revelation.  Beyond the puzzle aspect, however, The Blackheath Poisonings is quite an enjoyable and suspenseful tale.

The novel deals with multiple arsenic poisonings in a wealthy Victorian family.  There are actually two households involved: that of matriarch Harriet Collard, her spinster daughter Charlotte (who has an importunate suitor) and her nephew Bertie Williams; and that of Roger Vandervant, his wife Beatrice (Harriet Collard's other daughter), Roger Vandervant's son, Paul, and George Collard (Harriet's son) and his wife Isabel.

However when certain indiscreet letters come to the attention of the police, an official investigation begins, arsenic is discovered as the cause of death in both cases, an arrest is made and a trial commences.  A verdict is reached, but is it the right one? Then there is another death....

Symons does an admirable job of subtly capturing Victorian atmosphere (in some such recreations, the authors are so anxious to parade their knowledge about the period the books resemble encyclopedia entries swallowed whole and regurgitated on the reader) and portraying repressed family antagonisms that may lead to murder.  Not surprisingly he seems more interested in sex and psychology than economic and business detail. The Collards have a family business, toy manufacture (Symons enjoyed playing with toy soldiers as a child). If this were a Golden Age detective novel by John Street or Freeman Wills Crofts there would be much more emphasis on this and less sexual psychology. But Symons is very good at what he deigns to do.

Unfortunately it is difficult to discuss interesting aspects of this novel without spoiling the solution for those who have not read it. And since it has been reprinted in a new edition by Felony & Mayhem, it is easily available for those who want to do so!  However I do want to say more about the characterization and how it draws from Symons' own life.

Julian Symons was quite a good writer, both of fiction and essays, and The Blackheath Poisonings is throughout a well-written novel.  However, most of the characters do not break out of the confines of (well-conveyed) stock.

First, there's the iron-willed, "elderly" (about sixty) dowager matriarch, Harriet Collard (memorably played in the film version by Judy Parfitt, born to play such roles).  Harriet is stock, but of the very best grade.  She's the real man of the family, as more than one character thinks, confident and indomitable, though tragically wrongheaded in some of her decisions (I suspect she symbolizes Symons' view of the Victorian age).

Then there's Harriet's frustrated spinster daughter.  There's the daughter's on-the-make suitor.  There's Harriet's smugly pious, evangelical Christian nephew (here Symons really writes beneath himself, I think, giving poor Bertie every last one of the negative stereotypes one can give this sort of character--he even has the young man picking his nose and afflicted with acne). And there's the formal father (Roger Vandervant) and Harriet's wastrel son George. Harriet's other daughter never really emerges as even interesting stock.

Yet there are two characters who are really interesting and multi-dimensional, young Paul Vandervant and his beautiful, enigmatic stepmother, Isabel. Without saying whether Isabel did anything she oughtn't to have done, I would suggest that with her Symons surely drew on the gallery of real-life, fascinating, Victorian suspected lady poisoners. She's quite a compellingly presented individual. Paul Vandervant thinks so too and has, indeed, rather fallen in love with her.

At its heart, The Blackheath Poisonings is a moving story of young male adolescent love (I find the epilogue a narrative tour de force).  I don't know whether Symons had a similar youthful passion, but I do know there are quite a few similarities between Paul Vandervant and Julian Symons.

Symons was born in 1912 to a Jewish father of obscure origins who was nearly fifty at the time of Symons' birth.  So his father was only a few years younger than Arthur Conan Doyle--in other words, very much a man of the Victorian era.  Symons' father was very much the stern, formal Victorian father, as Symons portrays him, someone who never failed to address his son as "sir."  The family's economic status was unstable (sometimes they had good money, but more often they didn't). Young Julian, obviously an extremely bright lad, left school at fourteen to find work as a clerk. This was the end of his formal schooling.

Julian had a stammer, which his father could not help but feel was deliberate ("Come on, sir, say what you've got to say, get it out").  "He was short-tempered at home," recalls Symons of his father, "shouting angrily about mistakes made or things left undone, savagely censorious in relation to any friend brought back to the house, prudish in a deep-seated Jewish way about sexual matters."  For example, he often exasperatedly criticized Julian's play or reading choices:

If he saw me playing solitary games with soldiers on the bedroom floor he would tell me to get them cleared up and do some work; when I was reading an article about Napoleon's Marshall Lannes in the Encyclopedia Britannica he took the volume from me, turned the  pages until he found the name of Linnaeus and, frantic with irritation, said: "Read that, sir, read something useful."

"As much as I hated anybody at this time of my life," declares Symons bluntly, "I hated my father." When Symons' father died in 1929, when Symons was a  teenager, sixteen or seventeen, the son "was not conscious of deep sorrow, nor of any emotion except ignoble relief, and a feeling that life might be easier now."

Paul Vandervant gets along vastly better with his father than this (and he is sorry when his father dies), but the two do have bitter conflicts, in which his father sounds rather like Symons' father ("Well, sir?...Do you understand what you're saying? I am a liar, that is what you're saying.").  Paul writes poetry, he wants to leave school to write, to become a journalist, and Paul is notably socialistic in political orientation, all like Julian Symons.  Paul's father is frequently obtuse, unable to understand his son's feelings or appreciate his true talents.

In A Catalogue of Crime, Jacques Barzun criticized The Blackheath Poisonings, in part because he believed that "some of the attitudes about state, church and society [expressed in the book] are of the 20th century."  I suspect Barzun was thinking to a great extent about the character of Paul, who indeed often sounds more than a bit like Julian Symons.  The novel is set in 1892, twenty years before Symons was born, and perhaps Paul seems more a character of 1912 (there also is an epilogue set in 1930, which I don't think anyone could criticize on Barzun's grounds).  But much of the interest we have in Paul's story in The Blackheath Poisonings derives precisely, I believe, from the power of Symons' self-portraiture.
Posted by The Passing Tramp at 4:03 PM