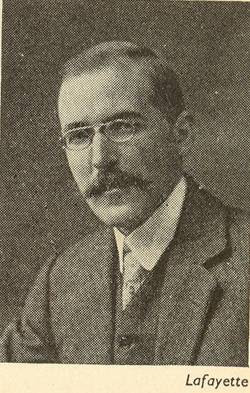 Three of the seventeen Sir Clinton Driffield detective novels by Golden Age British great J. J. Connington (the pseudonym of the distinguished Scottish chemistry professor Alfred Walter Stewart) have been reprinted by Coachwhip Publications, a quality print-on-demand publisher (for my review of Coachwhip's edition of Max Carrados stories by Ernest Bramah, see here).  The three reprinted titles (each with a ten-page introduction by me on the author and his books) are Murder in the Maze (1927), The Castleford Conundrum (1932) and The Tau Cross Mystery (In England, In Whose Dim Shadow) (1935). 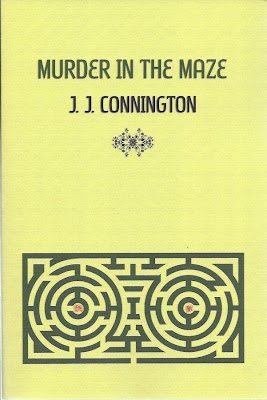 Murder in the Maze (1927), the third Connington mystery novel and Sir Clinton Driffield's debut, was Stewart's breakthrough in the mystery field. It has received praise over the years from many discerning individuals, including T. S. Eliot, Jacques Barzun and John Dickson Carr.  When Eliot reviewed the novel back in 1927 he proclaimed that it instantly put J. J. Connington in the front of the crime writing pack.

Fans of the novel typically have noted, among other the things, the novel's bravura murder setting, a deadly double-centered hedge maze (see left).  Maze is meticulously clued and investigated and has an excellent narrative pace.  It is one of the best 1920s English country house mysteries. 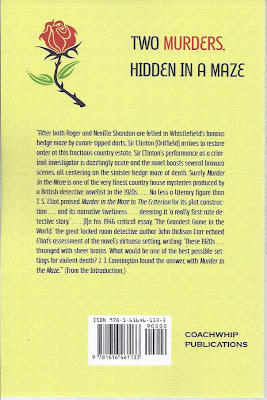 Maze has everything people have come to expect from Golden Age English detective novels: an outwardly peaceful but inwardly fractious country house filled with suspicious denizens; fiendish murders (better yet it's poisoning with our old friend curare); a brilliant detective and his Watson-like sidekick (Sir Clinton Driffield, Chief Constable of the country, and his friend Squire Wendover); discreet love interest; and clues aplenty.

What more could the mystery fiend ask for than the above catalogue?  Yet the novel has its original touches, mostly stemming from the bracing ruthlessness of Clinton Driffield, a unique investigator in the field whom you won't soon forget. Country houses may well be cozy in theory, but this tale is no cozy. 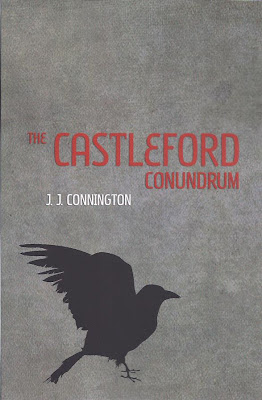 The eighth Clinton Driffield detective novel, The Castleford Conundrum (1932), is another classic country house detective tale.  If you thought "Whistlefield" in Murder in the Maze was a fractious house, wait until you visit Castleford's "Carron Hill," home of the odious yet immensely wealthy Winifred Castleford, her husband and stepdaughter, and sundry designing--and mutually despising--relations.

Alfred Walter Stewart suffered gladly neither fools nor knaves--and there are fools and knaves aplenty in The Castleford Conundrum, giving rise to some of Connington's best writing, in his most scathing vein.  Winifred Castleford certainly is not one of humanity's great prizes, but then neither is most of her family! 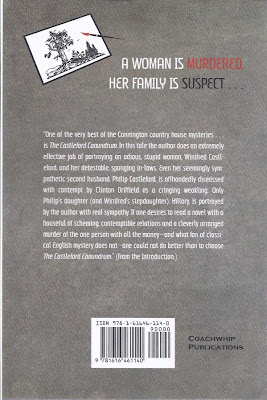 When "Winnie" is found shot dead by a rook rifle, the field of suspects is large.  A not necessarily exhaustive list at first blush includes the second husband, the stepdaughter, the two brothers-in-law from the first marriage, the half-sister, the nephew and even a neighbor.

Clinton Driffield arrives--with Wendover in tow--later in the novel, when the investigation is flagging, and his investigation is brilliant, a delight to all lovers of classical English detection.  In The Castleford Condundrum, the author is writing at the height of his powers, both in terms of plotting and pure writing.  E. C. Bentley, author of Trent's Last Case, specifically praised Connington's character-drawing in the novel. 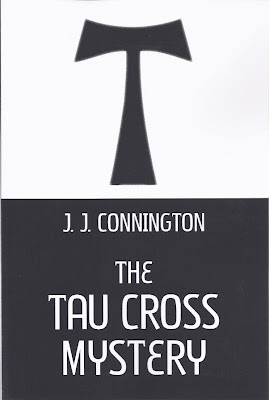 Connington's tenth Sir Clinton Driffield detective novel, The Tau Cross Mystery/In whose Dim Shadow (1935), moves away from the country house milieu so strongly associated with Golden Age English mystery. In truth many 1930s English mysteries do not take place in imposing country houses or Edwardian villages, despite the fact that it is these settings that have so powerfully captured the modern view of classical English mystery.

Much suburban housing expansion occurred in 1930s England, with bungalows and mock Tudor dwellings springing up all over once pristine countryside.  The Tau Cross Mystery takes place in precisely such a development, one convincingly conveyed by the author. 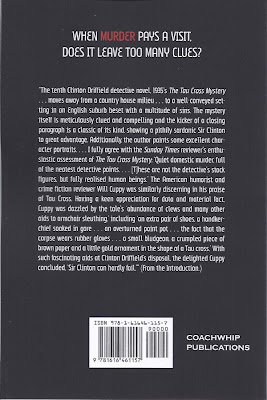 There is even a frontispiece map of the neighborhood where the murder takes place (every true classic mystery fan loves a map and/or houseplan). Yet more than the setting is of interest--Connington's cast of characters is strong as well. The ambitious police constable, the pushy journalist, the callow evangelist, the careworn Frenchwoman, the introverted clerk and others are compellingly portrayed.

Critics again praised both Connington's clueing and his character drawing.  "These are not the detective's stock figures," wrote one, "but fully realised human beings." Similarly, another reviewer, the American writer Will Cuppy, was dazzled by the novel's "abundance of clews and many other aids to armchair sleuthing." 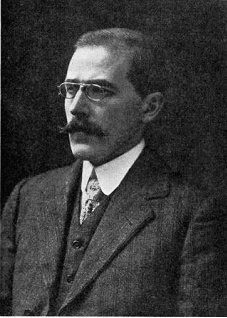 It would be wonderful to see other Clinton Driffield detective novels appear back in print, such as Tragedy at Ravensthorpe (1927), The  Case with Nine Solutions (1928), The Boathouse Riddle (1931), The Sweepstake Murders (1931), The Ha-Ha Case (1934) and A Minor Operation (1937), but future publication depends on how these three editions sell.  If there is sufficient interest we may see more.  Having devoted a heavily researched and lengthy chapter of my forthcoming book with McFarland to Alfred Walter Stewart and his J. J. Connington mysteries, I believe that the man's fictional work deserves at least a modest revival.
Posted by The Passing Tramp at 10:06 PM