"Richard Keverne" was the pseudonym of Clifford Hosken (1882-1950), an English journalist who under his R.K. pen name published thirteen mystery/crime novels and four collections of short stories between 1926 and 1944 (he also published three crime novels under his own name between 1930 and 1932)

Twelve of Hosken's novels appeared between 1926 and 1934--his most fertile period, when he received his greatest praise (especially in England, though he was published in the United States too).  He had good publishers, Constable in England (where he was one of the main mystery authors, along with the great Henry Wade) and Harper in the United States (though of his last four novels only one was published in the U. S.--and none of the short story volumes, which appeared between 1935 and 1941, were).

Since his World War Two, however, "Richard Keverne" has been placed in the teeming ranks of once admired but now mostly forgotten Golden Age mystery writers.  Does he deserve to be so consigned?  I would say no.  His better books retain some interest today. 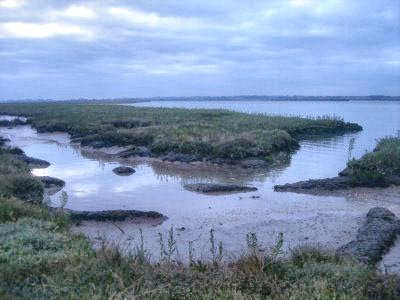 The first Richard Keverne mystery, Carteret's Cure, set the mold for much of his later genre work.  It's really a thriller in the Edgar Wallace fashion, the sort of thing Agatha Christie wrote in the 1920s when she herself was imitating Wallace.  So there's romance to go along with the mystery.  And it takes place against a rural cozy village backdrop in Suffolk, Hosken's favorite setting for mysterious goings-on.

The young but brilliant barrister, Michael Carteret, never having fully recovered from the effects of the Great War, is sent by Sir Robert Sark, famed neurologist, to a quiet rest home in Suffolk for a nerves cure. Once there, of course, the last thing Carteret finds is rest!

Carteret stumbles on a smuggling operation involving the local impoverished squire and his lovely, spirited daughter.  Naturally Carteret immediately falls in love with the daughter, Molly Seymour, which places him in something of a bind, because he simply can't bear to get Molly in trouble with the law on account of her criminal shenanigans.

Here we get into some interesting social history!

Michael rationalizes not turning Molly over to police authorities because she's in the criminal scheme mostly for the madcap fun of it, it seems, and also because she's just getting her family's own back against the British government for overtaxing them after the end of World War One (I suspect the fact that Molly's pretty and charming has a bit to do with it too!).

So we have this idea that impoverished old gentry families are morally justified in engaging in "crook stuff."  This reminded me of the way Agatha Christie portrays the jewel thief Countess Vera Rossakoff (Hercule Poirot's "Woman"). As Molly puts it:

"I'm at war with your miserable Government.  And with every reason, too.  What has it done for us--daddy and me?  Robbed us of practically everything we owned and loved.  Taxed us until we had to live like peasants."

Clearly in Molly's view (and one suspects the author's), it's only peasants who should have to live like peasants, darn it!  Divine Right and all that, don't you know. 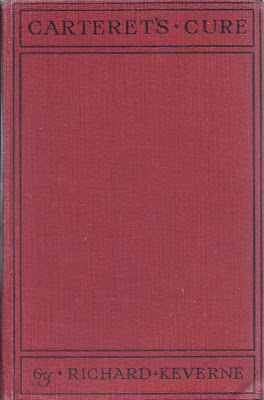 So, in other words, Carteret's Cure is a good grade specimen of your very traditional, conservative between-the-wars English thriller, the sort of book Julian Symons and Colin Watson wrote about acerbically in the 1970s, that empathizes with the country's traditional gentry class to no end.

To go along with this glorification of the landed gentry, there's a contemptuous account from daddy--i.e., the Squire--of the time when a parvenu wartime profiteer "with a Jew Nose and a German name" had the temerity to offer to buy the manor.  "What can a man do in these days of Bolshevik plunder," laments daddy.

The decline of England's landed gentry after World War I is a fascinating subject that mystery writer Henry Wade--himself a member of the landed gentry--treated with greater sophistication and sensitivity.  But if you can get past this sort of thing in lesser hands (and the Squire's sentiments are probably a fair enough representation of what a number of actual squires were saying at the time in England), Carteret's Cure is a good specimen of the Golden Age English thriller, nicely plotted and paced, with a great sense of place (those splendid Suffolk saltings).  Not surprisingly, Hosken also authored the non-fiction Tales of Old Inns, an appealing book about venerable English public houses.

The plot of Carteret's Cure seems simple enough at first, but pleasingly gets more involved as things develop.  And, in addition to upright Michael and spirited Molly (the self-pitying, reactionary Squire's rather a pill, all told, with even the author faintly suggesting such), there are some fairly colorful and memorable characters. 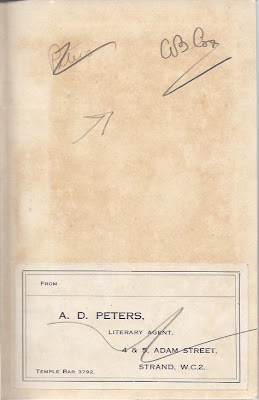 I would say that Carteret's Cure on the whole matches the level of the better Christie thrillers, which, it must be admitted, have their share of reactionary tosh as well-- without, seemingly, having their popularity dimmed.  The pull of those country houses and quaint village settings remains remarkably strong!

Note: my copy of Carteret's Cure (a 1929 reprint edition) was once owned by noted English crime writer Anthony Berkeley Cox.  See his name on the right.

Also see the Penguin a Week blog for a piece on the Richard Keverne short story collection Artifex Intervenes.
Posted by The Passing Tramp at 2:23 AM