Now to the Top Five!

Josephine Bell's first of many crime novels over a long writing career that extended into the 1980s was much-praised its day for is intricate plot and authentic workplace atmosphere.  It details what turns out to be a series of murders at a London teaching hospital that caters to working class patients in the era before National Health (Americans may be more familiar now with the period following National Health introduction due to the popular British television series Call the Midwife).

For her novel Bell, a doctor herself, clearly drew on her experiences at London's University College Hospital.  She produced a great book, a gripping murder mystery and a fascinating social document. Unfortunately, the novel has been out of print for over seventy years. Many of her novels are now available from Bello as eBooks, but not her fine first one (a first edition of which is currently available for around $450 USD). 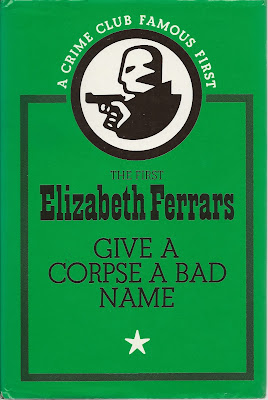 This is another great first novel by a prolific late Golden Age woman crime writer, Elizabeth Ferrars, who wrote write up until her death in 1995. In contrast with Josephine Bell's first, Name has a highly-traditional setting in an English village, but it's a virtuoso performance of a familiar (and much-beloved) theme.

When forty-something widow Anna Milne (recently returned from South Africa) reports to Constable Leat and Sergeant Eggbear (love that name) of that she has run over and killed an unidentified man, the village of Chovey is plunged into a complex murder mystery. Amateur detective Toby Dyke and his mysterious friend George pop up, happily, to straighten out the mess (watch that George).

Brightly written, with good characters, setting and a fine plot with a twist, this one is a real winner from the era of the classic British country house and village mystery. 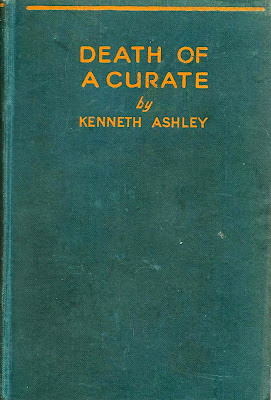 This extremely obscure mystery by Kenneth Herbert Ashley, an accomplished English poet, was my find of the year, I think. Ashley had a great feel for rural ways in England and tremendous empathy for the down-and-out of his day (one of the poems in his collection Up Hill and Down Dale (1924) is called "Out of Work").

What makes his Death of a Curate remarkable for its time is its extremely naturalistic setting.  One feels this is the rural England of real life, not of conventionalized crime fiction.

One hopes we may find out more about Ashley in 2014 and see this novel reprinted, after over eight years.

This Margery Allingham crime novel is a psychological suspense tale of vicious murderer, Gerry Hawker, and the doting older woman, Polly Tassie, who hides her eyes to the truth about him.

Eyes a beautifully-written and masterful character study, ultimately quite darker, I think, than Allinghams's more celebrated suspense novel, The Tiger in the Smoke (1952).  While not Allingham's finest novel of detection (though there is an interesting alibi construction), it's arguably her finest novel (stop) and certainly a high point of English crime fiction, which was a-changing in the 1950s. 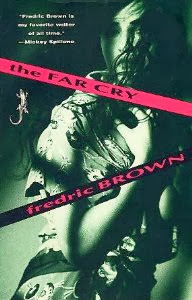 Although Fredric Brown was reprinted by the wonderful imprint Black Lizard in the 1990s he has since been dropped by them.  I can't see why, but then if I ran the world Brown's books would be part of the Library of America crime fiction series as well.

A master plotter, Brown was a great writer of American noir, hard-boiled and semi-hard-boiled crime fiction (and science fiction for that matter).  His devoted mystery fans debate which title is his best novel, but for me it's The Far Cry, a novel of murder in the past and obsession, with an ending you won't forget.  As I said in my original review: "With its strongly-conveyed setting, high degree of narrative suspense and deft plotting, The Far Cry is a classic among crime novels." 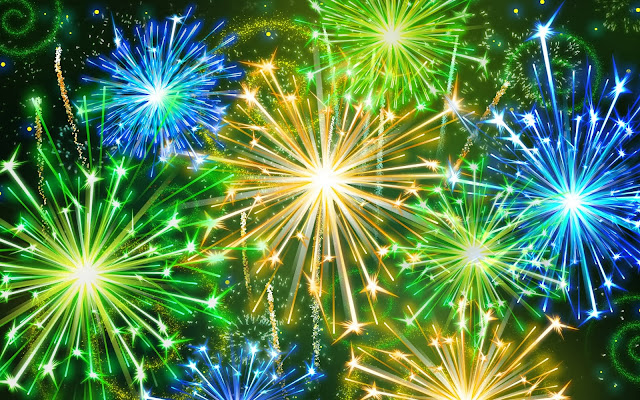 Posted by The Passing Tramp at 1:25 PM