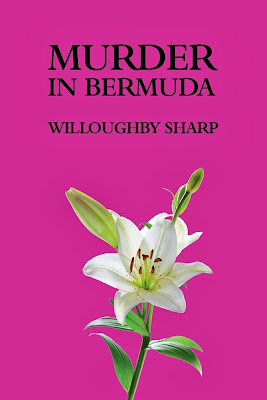 This pioneering police procedural was written by a Wall Street broker who after the Great Crash retired with his family to live in Bermuda for several years. Murder in Bermuda, his first detective novel, resulted.

There's no Great Detective, but rather some dedicated cops.  There's also a good puzzle with good local color.

Murder in Bermuda has been reprinted, along with Sharp's second and last detective novel, Murder of the Honest Broker (see next installment).

This is another impressive effort by a forgotten American mystery writer.  Reminiscent in basic plot design to Ngaio Marsh's Photo-Finish (1980) and P. D. James' The Skull Beneath the Skin (1982), Song, the only mystery novel by Meyers, tells the tale of the murder of a tempestuous opera diva in an isolated mansion cut off from the outside world by a storm.

The San Franciscan Meyers was a friend of Anthony Boucher and, like Boucher, a great opera aficionado.  In Song, he provides his readers with a colorful, authentic background and a richly plotted puzzle. 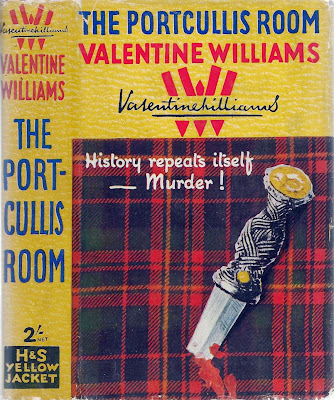 In contrast with Sharp and Meyers, Valentine Williams was a prolific old pro at the crime fiction game. Most of the mysteries he wrote were thrillers rather than true detective novels, but he did write some of the latter, including the atmospheric The Portcullis Room, set on an island-bound Scottish castle.

This novel, in which the author puts together an interesting cosmopolitan cast including some uncommonly convincing Americans (for a British author of the era), was praised by Dorothy L. Sayers, and deservedly so.

Ed McBain's name is synonymous with the American police procedural.  In this tale he combines with the procedural form the multiple murder plot.  What connects the series of appalling sniper killings? The reader will rush to find the answer in this suspenseful and consummately entertaining crime novel. 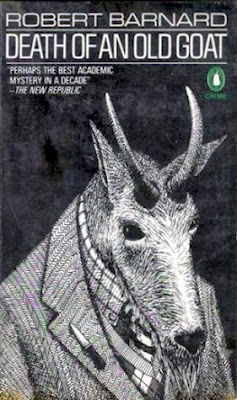 In this scathing but hilarious crime novel the late Robert Barnard with a poisoned pen (or a toxic typewriter?) takes merciless literary revenge upon an entire continent.

Barnard quite evidently did not think much of the time he spent teaching at an Australian university!  Possibly Barnard's funniest crime novel, though Australians may beg to differ. Read to the very last line, which is a classic in kicker last lines.

Next up: the Top Ten!
Posted by The Passing Tramp at 3:23 AM