I Can't Stop the Countdown....

And now to the start of the Top Ten: 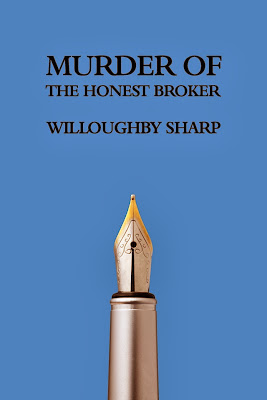 Willoughby Sharp's second and last detective novel sets murder at the New York Exchange--a place the author knew down to the ground.  Sharp doesn't hold back in his depictions of Wall Street "wolves," making this book as timely in 2014 as it was in 1934.

With an appealingly sardonic police detective and a clever puzzle with plenty of nifty material clues, this is a superb classical detective story.  Happily, it has been reprinted (with, I will add, a long introduction by me on the author and his publisher and business partner, the remarkable Claude Kendall).

This long mystery novel tells of a series of murders that befall a wealthy island resort community obviously based on Bar Harbor, Maine, where Rinehart herself--probably the wealthiest and most popular Anglo-American mystery writer in the 1930s after the death of Edgar Wallace--owned a home. An atmospheric and suspenseful tale, with a pleasing filigree of love interest.  When it came to fictional murder among America's genteel moneyed class, Rinehart knew how to do it like no one else.

A notable example of 1950s psychological suspense, The Slayer and the Slain may not pack quite the same punch today as it did in 1957, but it is still makes exceedingly eerie, engrossing and intelligent reading.

It also marked a notable development phase in McCloy's writing career, as at this point she mostly abandoned her fine Basil Willing detective novel series in favor of more works of psychological suspense--none of them, I think, as good as this one.*

This serial killer novel from the 1970s is a brilliant collaboration of two accomplished authors (the second collaboration on this top twenty list).  Very scary, very tricky, sometimes unpleasantly explicit, and with some dark humor too (the much-edited writings of the young journalist is virtuoso stuff). Detailing more about the cleverness of this book's plot risks giving away too much, so I will leave it at that. 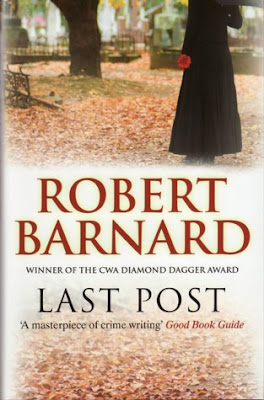 An apt title this, for this novel was Robert Barnard's last great mystery before his sad death this year. An homage of sorts to the great Agatha Christie (particularly her 1968 novel By the Pricking of My Thumbs), it involves secrets from the past, sexual indiscretions, murder, true detection, clever clueing and a twist.

It's a great pleasure to know such a book can still appear in the 21st century, even though it's sad to think there will be no more such books from Robert Barnard, one of the greats of post-Golden Age detective fiction.

Be sure to come back for the final five on New Year's Eve!
Posted by The Passing Tramp at 11:53 PM