The Georgia journalist Medora Field (1892-1960) was a close friend of Margaret Mitchell, author of Gone with the Wind, as documented most recently in The Scarlett Letters, the new book about  Mitchell and the famous Hollywood film made from her famous novel.  An assistant editor on the Atlanta Journal Magazine, Field had hired Mitchell as a staff writer back in 1922.  Field had urged Mitchell to submit her manuscript of Gone with the Wind to the publisher Macmillan in 1935; Mitchell in turn encouraged Field to write her own novel, a mystery called Who Killed Aunt Maggie? in 1939, which was turned into a film the following year.

Three years later, Field published an additional mystery novel, Blood on Her Shoe, which was also filmed, in 1944.  Both novels were very popular in their day, selling well in hardcover and in paperback reprints by Popular Library.

As mentioned previously on this blog, Field was classified (along with such authors as Mignon Eberhart, Leslie Ford, Mabel Seeley, Anita Blackmon and Margaret Armstrong) by Howard Haycraft in his classic mystery genre study Murder for Pleasure as one of the best students in the Mary Roberts Rinehart school of suspense mystery.  This mystery subgenre has been derided, often unfairly I think, as the HIBK (Had I But Known) school of mystery fiction. I now prefer to call it simply suspense. One could also use Sarah Weinman's term "domestic suspense," since usually books by these authors are home-centered. 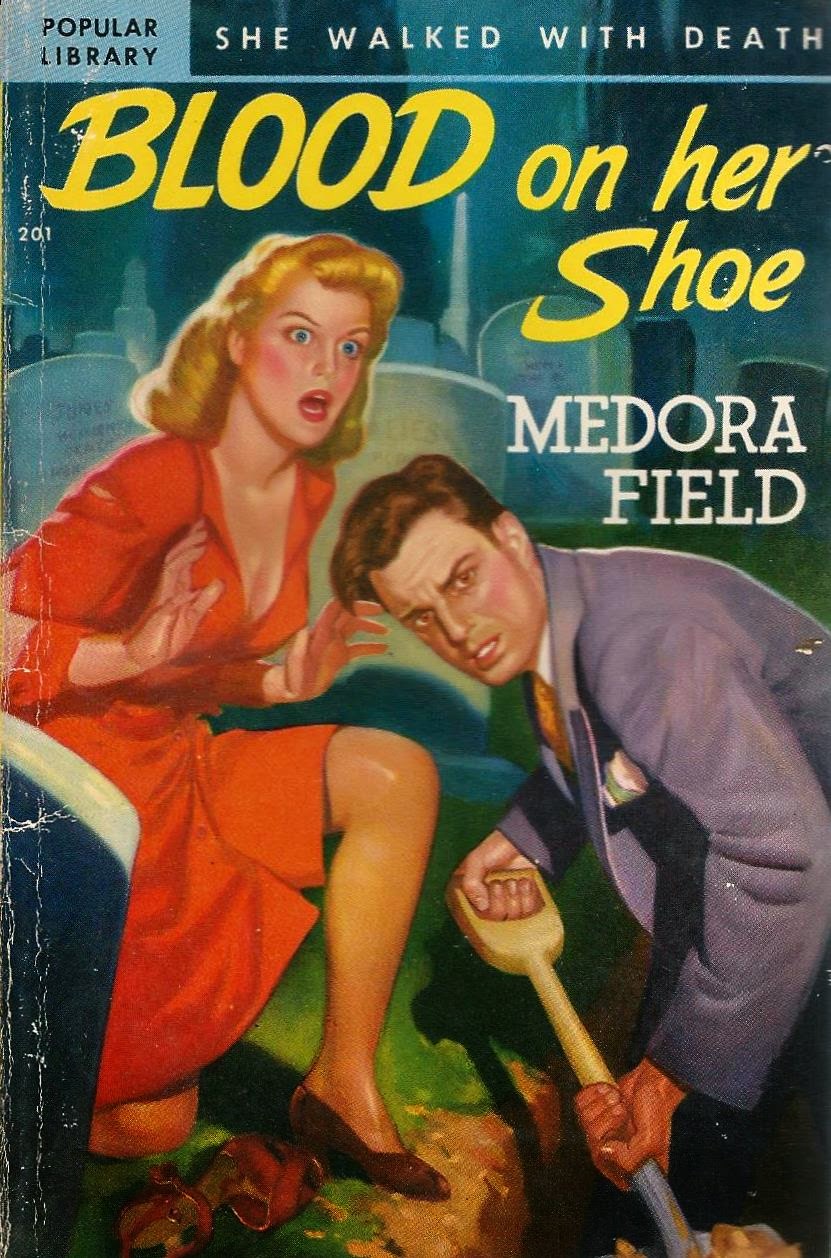 Certainly that's the case with Medora Field's two mysteries, both of which are set, classically, at country house parties in Georgia, the one outside Roswell (near Atlanta), the other in southeastern Georgia, on St Simons Island.

Both of these novels are entertaining and, yes, suspenseful mysteries and I'm pleased to say they are being republished, like the two mystery novels by Arkansas' Anita Blackmon, by Coachwhip, with a 5000 word introduction by me, on Medora Field and her mysteries. The books of an additional southern woman mystery writer are going to be reprinted by Coachwhip this year, but I'll have more to say about these books, as well as Medora Field's, a bit later!
Posted by The Passing Tramp at 6:40 AM