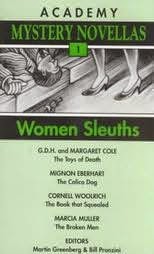 Still in print today, Women Sleuths (1985), edited by Bill Pronzini and Martin H. Greenberg, is part of an Academy Chicago series of mystery anthologies (yes, people, including men, were interested in the subject of women sleuths even three decades ago).

It gathers a trio of short works (two novellas and a novelette) from the 1930s and a then-recent novella, The Broken Men by Marcia Muller, a noted modern PI writer and, incidentally, one-half of one of mystery's most notable author couples (the other half being Bill Pronzini).

The 1930s works are The Toys of Death, by GDH and Margaret Cole (though really just Margaret Cole in this case), The Calico Dog by Mignon Eberhart and The Book That Squealed by Cornell Woolrich.  I have blogged about all three of these writers, most recently the Coles, about whom I have a book coming out soon.

Margaret Cole's The Toys of Death is one of four novellas that she wrote about her elderly amateur detective, Mrs. Warrender, who also appears in a Margaret Cole short story, "The Mother of the Detective" (1933) and a Margaret Cole novel, Knife in the Dark (1941).  The four novellas and the short story comprise the 1938 short fiction collection Mrs. Warrender's Profession. The Toys of Death is the stand-out among the novellas in Profession.

Mrs. Warrender probably is one of the first, if not the first, Miss Marple simulacrums to appear in English mystery fiction (sometimes people claim that Patricia Wentworth's Miss Silver preceded Miss Marple into print, but, although Miss Silver did do so in book form--her Grey Mask appeared in 1928, while The Murder at the Vicarage was published in 1930--in fact Miss Marple first appeared in a story in The Royal Magazine in December 1927, thus preceding Miss Silver into print). Margaret Cole's "The Mother of the Detective" was first published in book form in 1933, in the Coles crime story collection A Lesson in Crime, though I assume it appeared in magazine form first, some time in the early 1930s. 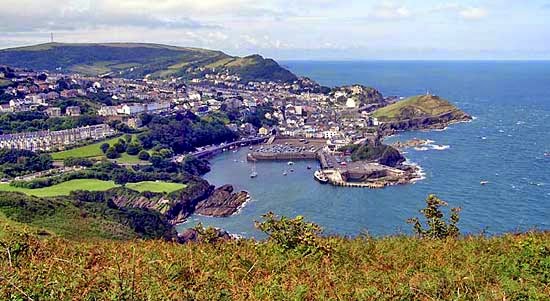 I believe Mrs. Warrender's greatest moments as a sleuth are found in The Toys of Death, where she solves the murder of a "Great Novelist," the marvelously-named Crampton Pleydell, who is found dead of cyanide poising on his estate at the southwestern English coastal town where he holds court in season.

The means of murder turns out to be quite interesting and there is an unexpected resonance to the tale, as Mrs. Warrender soon discerns that Pleydell was an exploitative emotional vampire, feeding off ingenuous and vulnerable young admirers (female and male), draining them of their spirit and then casting them aside. 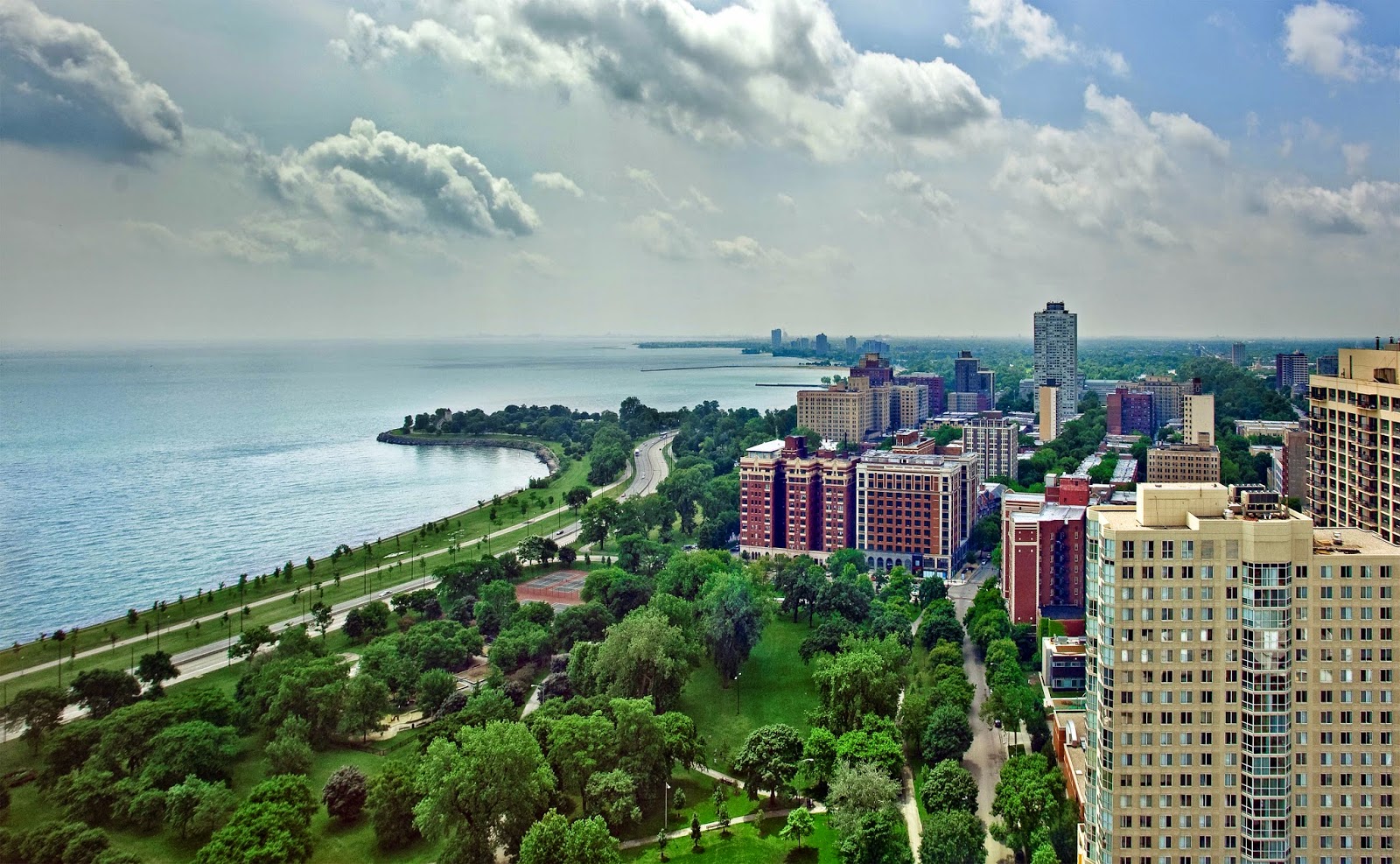 Mignon Eberhart's The Calico Dog is one of her Susan Dare stories, which she collected in The Cases of Susan Dare (1934) (alone among the works in this anthology, it's actually a novelette rather than a novella).

The tale is Eberhart's variation on the famous Tichborne Claimant case, with two young men having descended upon a wealthy (over 500 million in today's dollars!) widowed Chicago matron, Mrs. Idabelle Lasher, both claiming to be her son, who was abducted as a youngster.

Because she writes murder mysteries Susan Dare evidently is considered by all and sundry an expert on all things mysterious, so Mrs. Lasher asks Dare to sort matters out, which she does--though not before there is theft, attempted murder and accomplished murder. This is a well-knit tale in which Dare performs cannily throughout, though she brings in a guy friend to handle the rough stuff.

With The Book That Squealed (1939) we get to the wonderful Cornell Woolrich, the only male author in the anthology.  His novella concerns the adventures of Prudence Roberts, a prim librarian who discovers grave criminal wrongdoing when a book, Manuela Gets Her Man (by Orchid Ollivant), is returned two days late.

Roberts' detective work is impressive, though the last part of the story turns into pure crime thriller. Naturally Woolrich handles the thriller part well also, including the shift in tone from what had been rather humorous to grim.  Like Cole and Eberhart, he also finds some room for romance (charmingly done, though it relies on the saying about "girls who wear glasses").

I'll be back later today with a discussion of the last work in the anthology, Marcia Muller's The Broken Men, as well as a comparison of Muller's modern treatment of the woman sleuth with that of Cole, Eberhart and Woolrich a half-century earlier in the Thirties.
Posted by The Passing Tramp at 4:17 AM