How Ya Gonna Keep 'Em Down on the Farm After They've Seen Rio? The Farm at Paranao (The Farm at Santa Fe) (1935), by Laurence Kirk Full Review

Chillingham always had the same effect on the young ladies who were brought up there and went on living there.  After a brief and ineffectual struggle they slowly became all the things which in the first vigor of youth they had resolved they would never be.  Their ideas were ten years behind the times, their clothes one year behind fashion, their hats were perched on the tops of their heads, and they couldn't think what had come over the younger generation.

That was the kind of life for which Fanny seemed inexorably destined, but about four o'clock on that Wednesday afternoon fate quietly stepped in and switched over the points away from the slow suburban line on to a track of its own.... 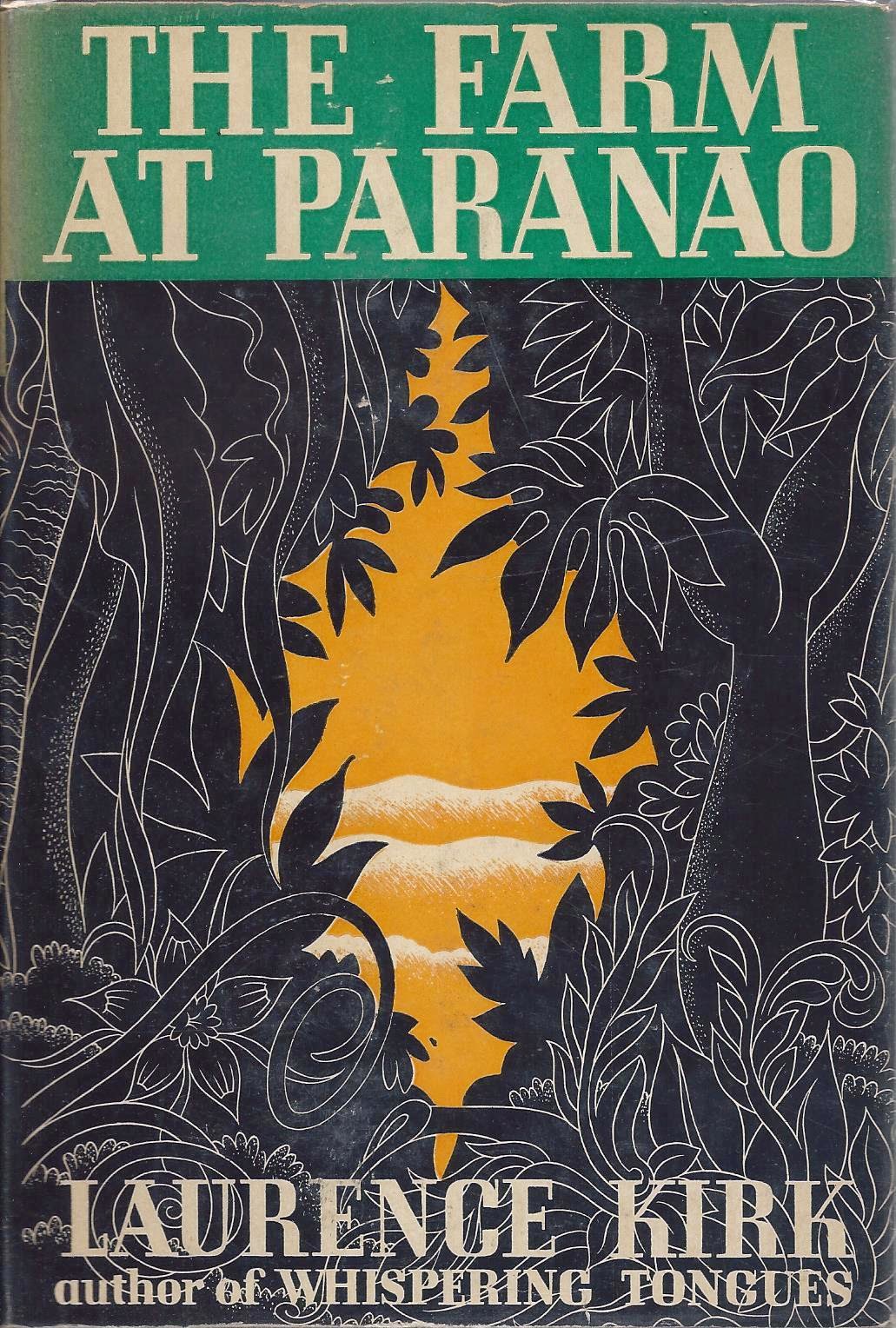 Chillingham is one of those classic provincial English towns that between-the-wars English mystery writers loved to portray, often with varying degrees of satire (for classic examples see Agatha Christie's The Murder at the Vicarage, 1930, and Gladys Mitchell's The Saltmarsh Murders, 1932).

In The Farm at Paranao (1935), Laurence Kirk's portrayal of his aptly-named Chillingham is quite definitely satirical. The reader soon is in full sympathy with  the desire of young Fanny Verney to escape from Chillingham, her widowed mother--invariably called "Mrs. Verney" by the author; we never learn her name--and their "old-maidish little house."  Fanny's favorite writer, by the way, is Jane Austen.

Fanny is offered such a chance by Mr. and Mrs. Wilkinson (we know their first names: Wilkie and Rosie), a plain-spoken retired North Country boots manufacturer and his wife, who have taken a shine to her and want her to see something of life.  They offer to chaperon her on a South American cruise and pay her costs. Mrs. Verney graciously assents, once she learns there for Fanny there will be a couple of marriageable males--i.e., gentry stock--on board the ship.  This doesn't mean that Mrs. Verney has any actual regard for the Wilkinsons, who pronounce a's as u's (as in "Funny," not "Fanny") and once went "to a Fancy Dress Ball as Tweedledum and Tweedledee and won first prize on their own merits without any stuffing."

"It wasn't everyone in Chillingham who wanted to know the Wilkinsons," notes the author:

indeed nobody wanted to know them, but they gave such good and lavish parties that it was very hard to resist.  Retired manufacturers started at a disadvantage in Chillingham; to be accepted there it was advisable to be scholastic, military or professional. The late Mrs. Verney for instance had been a teacher of Higher Mathematics, and Mrs. Verney never forgot the 'Higher' when she spoke of his occupation; she didn't want him to be mistaken for one of those inferior persons who taught multiplication and addition.

Incidentally, I always think of books like this when we invariably read in mystery genre histories--see PD James and Lucy Worsley for recent popular examples--that English Golden Age crime writing venerated, and wanted to preserve, purportedly idyllic Edwardian village life.  So often that claim turns out to be off the mark, as in this case. The author of The Farm at Paranao obviously is much more sympathetic to the nouveau riche--and genuinely kindly--Wilkinsons, who made their money in manufacturing, than he is to the chilly representatives of Chillingham society.

Once Fanny and the Wilkinsons make it to spectacular Rio, Fanny encounters a handsome tango-dancing stranger, Keith Buchanan--yes, not of Portuguese, but Scottish derivation, like the author--who turns out to be the manager of a farm outside Santa Fe, Paranao (Parana). Fanny falls in love and not long afterward has lost her virginity on the beach to Keith (the Wilkinsons admittedly may have slipped up slightly here in their roles as chaperons). Naturally, the lovers now decide to get married, though Fanny says she must return home first to do battle with her frostily genteel mother.

When the victorious Fanny returns to South America to marry Keith she has moments of foreboding about what she may be letting herself in for in Brazil, but she brushes these aside, being so happy to think about what she got herself out of back at Chillingham. It turns out, however, that there was something, after all, to Fanny's moments of foreboding!


The reviewer is brought up short at this point, unfortunately, because there is practically nothing left to discuss about the book without "spoiling" it.  Let me just say the the story takes a couple of very interesting twists, neither of which I foresaw, even though all is foreshadowed. One of the twists is intensely suspenseful. Again, I will quote from a contemporary review:

"It is a fine yarn, well told, and the publisher's advice not to read the last few chapters in bed is not merely a good advertisement....you may need a sedative."

The Farm at Paranao is an impressive suspense novel, with not only a fiercely effective climax but clever writing and some excellent characterization (including Fanny herself, who, though not romantically idealized by the author, is one of the most genuinely impressive women protagonists in suspense fiction that I have encountered). On the strength of this novel alone I would say that Laurence Kirk is a between-the-wars popular writer who has been most undeservedly unforgotten.

Better yet, the previous year he produced another fine genre novel, Whispering Tongues, a village mystery most originally and winningly told.  I will be reviewing that one next week, with some more about the author.
Posted by The Passing Tramp at 8:00 PM