Coming Attractions! More Ianthe Jerrold Mysteries: Let Him Lie (1940) and There May Be Danger (1948) 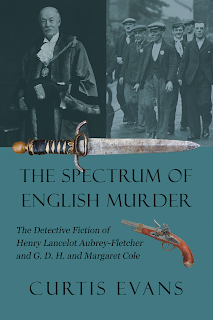 I would be remiss not to mention that the fabulously well-read Michael Dirda, in "Beyond the Bestsellers," his Washington Post review column from last week, included my new book The Spectrum of English Murder (2015) on his list of a dozen recommended books for the holidays, along with such diverse selections as The Big Book of Sherlock Holmes Stories and The Poems of T. S. Eliot. (Of course readers of this blog will know that Eliot was a great fan of detective fiction.) This was so nice to see--especially as Spectrum was published by a small (though excellent) press and is not exactly what one could call a massively publicized tome!

Spectrum, about the Golden Age crime fiction of Henry Lancelot Aubrey-Fletcher (Henry Wade) and GDH and Margaret Cole, is a companion volume of sorts to my 2012 book Masters of the "Humdrum" Mystery, about the austerely puzzle-oriented mystery writers Cecil John Charles Street (John Rhode, Miles Burton), Freeman Wills Crofts and Alfred Walter Stewart (J. J. Connington).  The six authors were all founding members of Britain's Detection Club, a social organization of many of the era's finest mystery writers. (Martin Edwards has written about the Detection Club during the Thirties in his recent popular history The Golden Age of Murder.) 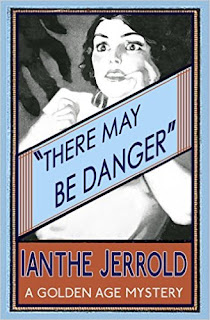 Michael Dirda also mentioned my work with Dean Street Press, who has followed the British Library in reissuing quality editions of vintage English mysteries.  As readers of this blog will know, I have written introductions for DSP's reissues of detective novels by Ianthe Jerrold, another charter Detection Club member, E. R. Punshon, an early Detection Club member, and Annie Haynes and Harriet Rutland, two quite different, but both very interesting, Golden Age crime writers who book-ended the era.

With my introductions for DSP reissues of these authors' works, I've enjoyed expanding what is known about writers like Jerrold and Punshon (with the prolific Punshon I've written introductions to fifteen of his novels so far, totaling over 15, 000 words) and, in the case of Haynes and Rutland, recovering what essentially were forgotten lives.  I'm doing this all again with seven DSP reissues in January, two of them Ianthe Jerrold's forgotten mysteries written under the pseudonym "Geraldine Bridgman" (Let Him Lie and There Might Be Danger) and five of them detective novels by another almost entirely forgotten mystery writer (more on him coming soon). 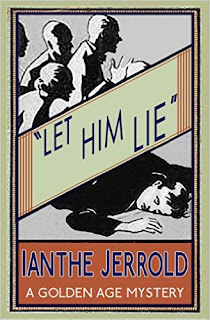 In the two newly reissued Ianthe Jerrold novels, the author abandons her brilliant amateur detective, John Christmas, who appeared in her earlier books The Studio Crime and Dead Man's Quarry, in favor of intrepid women sleuths who are drawn into crime investigation out of their sense of empathy for the plights of others, especially children.

These two fine mystery novels, which reflect events from Ianthe Jerrold's own life in the 1940s (more on this later), look ahead to the modern crime novels of authors like Ann Cleeves, I would argue; and I'm very happy to see them back in print after, respectively, 75 and 67 years!
Posted by The Passing Tramp at 2:43 AM