At least for this year.  With luck, The Passing Tramp and the world will still be around a year from now for yet another countdown of the best books blogged.  In the meantime, here's #'s 5-1. #'s 10-6 can be found here. 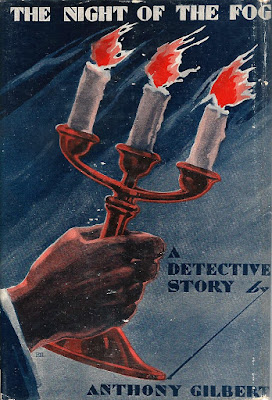 The best detective novel that I have read by the prolific second-string English mystery writer Anthony Gilbert (Lucy Beatrice Malleson) is this tale of murder at a moldering, candlelit manor house--enshrouded, on that fateful night, in fog.  A highly atmospheric setting, with more realistic (if glum) characters and a good mystery plot (with true detection), Fog is a real winner from the dark heart of the Golden Age of detective fiction.

More squalid realism--though urban and American in this case--is found in this intelligent and spirited updating of the old HIBK novel by Mabel Seeley, once considered one of the brightest rising stars on the horizon of mystery fiction.  Real-life events are referenced to great effect in the novel, which is set in a fictionalized St. Paul, Minnesota.  Seeley believed terror was more terrible, because more credible, if "aroused by incidents which are within the reader's possible experience."  Certainly this formulation triumphs in The Listening House, an atmospheric, eerie and well-plotted mystery with memorable characters and a compelling heroine acting as amateur sleuth. 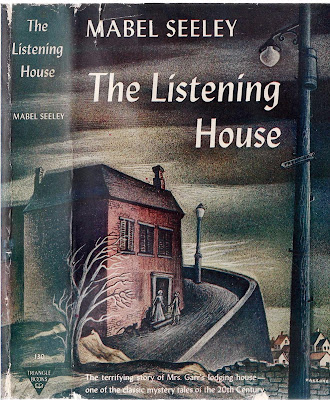 Ingenious plotting coupled with insightful explorations of troubled human emotional states makes Margaret Millar one of the all-time greats in crime fiction.  Banshee is an excellent late novel by the Canadian-American author, the wife of Kenneth Millar (aka Ross Macdonald), combining a tricky plot with a moving look at modern childhood.  One hopes that Margaret Millar's inclusion in Sarah Weinman's new Library of America anthology of women suspense fiction writers will give this talented author more of the attention that she deserves.

And here is Mr. Millar, with what is, I think, my favorite novel by him from the 1960s: his moving meditation on the Great Gatsby legend, something which clearly touched a deeply personal chord of memory within him.  Complexly plotted yet not nearly so reliant on the inter-generational family dysfunction plot that came to so preoccupy him (see my discussion of Macdonald's The Instant Enemy in the linked piece), Black Money represents Macdonald at the apex of his considerable abilities. 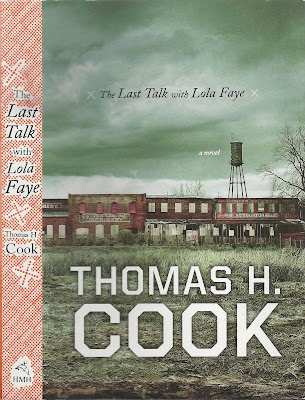 Thomas H. Cook's novel belongs here, in the august company of the Millars, one of mystery writing's all-time "power couples."  Cook resembles the Millars in his ability to construct complex, compulsively page-turning plots that include insightful examination of the human condition in the manner of the mainstream novel.

Cook, an Alabama native, is especially fine when when he looks at the American South, as he does in Lola Faye. The sense of place in the novel, which dexterously weaves back and forth from the past to the present, is palpable, as in the best suspense novels of the late, great Ruth Rendell. Lola Faye is a superb novel from one of our finest modern crime writers, satisfying the desires of crime fiction readers for a story that is both deftly plotted and emotionally affecting, touching both the mind and the heart.