As I reported here a few months ago, Dean Street Press is reprinting all of the Golden Age detective novels by English mystery writer Molly Thynne.  They will be out in September, both in paper and electronic form.

Mary Harriet Thynne (1881-1950) , who authored a half-dozen detective novels between 1928 and 1933, had a distinguished family lineage, being not only a great-granddaughter of Thomas Thynne, 2nd Marquess of Bath, but a great-niece of American artist James Whistler, creator of the enduringly evocative "Arrangement in Grey and Black No. 1" (popularly known as "Whistler's Mother").

Longleat, the family seat of the marquesses of Bath, is one of the most famous stately homes in England, and the current marquess, Alexander Thynn (he dropped the "e" from his surname to make its pronunciation--thin"--clearer), is one of the UK's most colorful aristocratic eccentrics.  His father, Henry Thynne, first opened Longleat to the public in the late 1940s, an action necessitated by the imposition of crushing postwar death duties (a subject to which English crime writer Henry Wade, a landed baronet, devoted a crime novel, Too Soon to Die, to denouncing).

In 1966 Henry Thynne opened a safari park at Longleat, an action which probably inspired the classic 1969 crime novel A Pride of Heroes (in the US, The Old English Peep Show), by the late author Peter Dickinson (1927-2015).  For his part Alexander Thynn, an artist and mural painter, designed the hedge mazes which dot the estate. (Golden Age crime writer J. J. Connington used a hedge maze at a country estate as a bravura murder setting in his 1927 detective novel Murder in the Maze.) 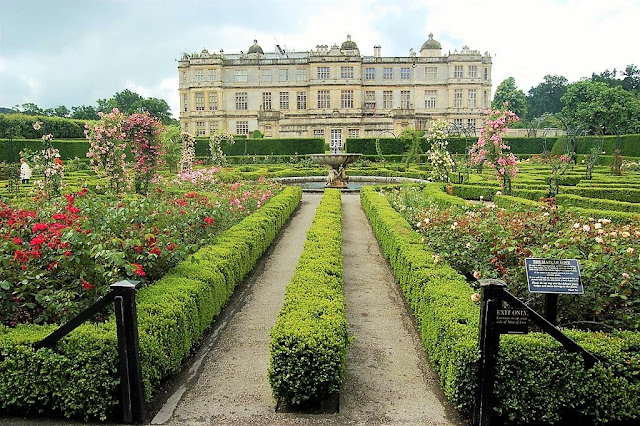 Molly Thynne grew up not at Longleat, however, but in artistic circles in London.  Her father was Assistant Solicitor to His Majesty's Customs, but her mother, Anne "Annie" Harriet Haden, was not only Whistler's niece but a daughter of the English etcher Sir Frances Seymour Haden, at whose studio young Molly spent much of her time.  There she met such luminaries as Rudyard Kipling and Henry James. 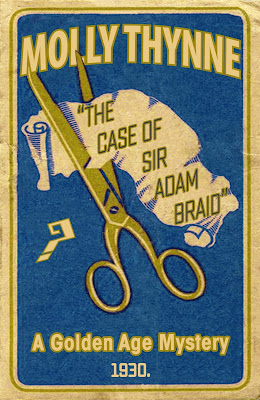 Molly Thynne published her first novel, The Uncertain Glory, in 1914, when she was 33.  The novel concerned, appropriately enough, the love affairs of a young artist in London and Munich. Thynne's great-uncle Whistler had had a violent falling out with her grandfather Haden over what the elder man viewed as Whistler's dissolute lifestyle.

Thynne's short-lived mystery writing career commenced in 1928, with the publication of The Red Dwarf (in the US, The Draycott Murder Mystery) and terminated but five years later with the appearance of her sixth detective novel, He Dies and Makes No Sign, one of the rarest of Golden Age mysteries.

Both The Draycott Murder Mystery (the title under which DSP is reissuing Thynne's first mystery) and The Murder on the Enriqueta, Thynne's second mystery, are murder affairs implicating England's well-off and well-born, the latter being particularly enjoyable to me on account of its bold plot (see my review here.)  Thynne's third detective novel, The Case of Sir Adam Braid, is a well-plotted puzzler about the death of an artist, again drawing on Thynne's family background. 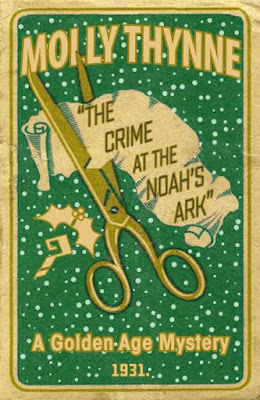 After this auspicious debut, the crime-fighting duo went on to solve dastardly murders in Death in the Dentist's Chair (DSP's slightly altered title for the reissue), a mystery which anticipated Agatha Christie's One, Two, Buckle My Shoe in its used of a dentist's office as the setting for its first murder, and He Dies and Makes No Sign. The title of the latter novel draws on this exchange from Shakespeare's history play Henry VI, part 2:

King Henry IV: He dies, and makes no sign; O God, forgive him!

Earl of Warwick: So bad a death argues a monstrous life.

King Henry IV: Forbear to judge, for we are sinners all.

Molly Thynne, a Catholic who proudly dubbed herself a "spinster" at the age of 24, never married and later in life resided at Crewys House in Bovey Tracey, Devon, where she passed away in 1950 at the age of 68, seventeen years after the publication of her last detective novel.

I'll have more to say about the two later Thynne mysteries soon.  I'm most pleased to have the chance to welcome Molly Thynne to the burgeoning ranks of rediscovered Golden Age crime writers. 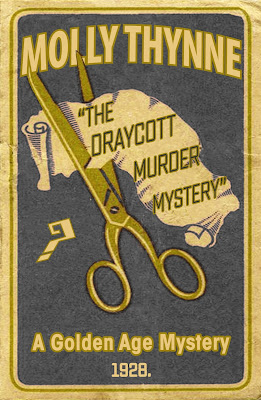 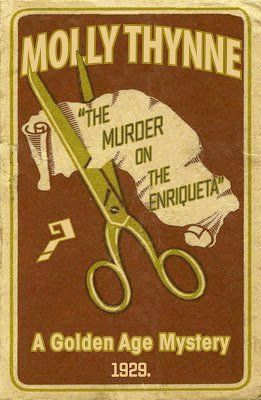 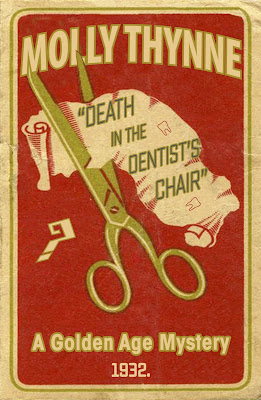 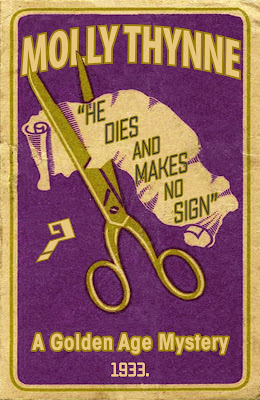 Posted by The Passing Tramp at 4:45 PM