Back in the Bushes: The Christopher Bush Detective Novels Reissued

Things continue to move in vintage mystery news as we head into the fall of 2017.

First up, we have developments with two of the most reliable and prolific British Golden Age detective novelists, both of them, like Margery Allingham, John Dickson Carr, Nicholas Blake, Gladys Mitchell, Anthony Gilbert and the recently revived E. R. Punshon, Thirties inductees in the Detection Club (indeed, they were among the last inductees before the Second World War): Edith Caroline Rivett (1894-1958), who published 71 detective novels as ECR Lorac and Carol Carnac, and Charlie Christmas Bush (1885-1973), who is better known to classic mystery fans as Christopher Bush, author of 63 detective novels.  (Besides detective fiction, Charlie Bush also wrote regional mainstream novels and war thrillers under the name Michael Home.)

For this Bush series I have written a sizable general introduction, as well as shorter introductions for individual titles. Years ago I had named Cut-Throat as one of my favorite Golden Age detective novels, but I have concluded over the years that Bush contributed additional classics to the genre, as did Carol Rivett, a longtime favorite of mine. (I'll have more to say about her soon.)

The first ten titles Christopher Bush titles are as follows (scroll down for further discussion): 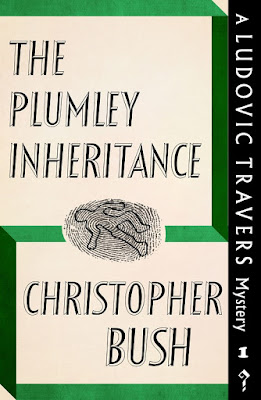 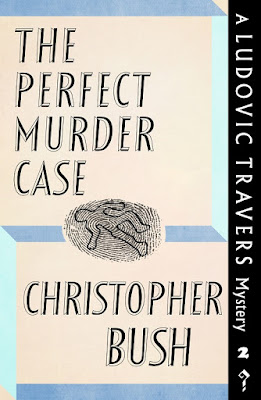 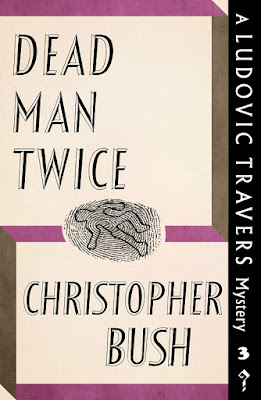 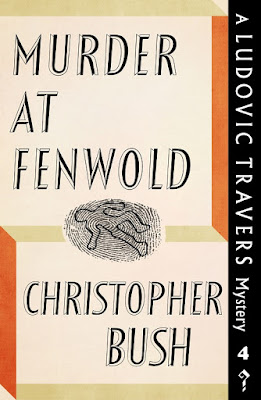 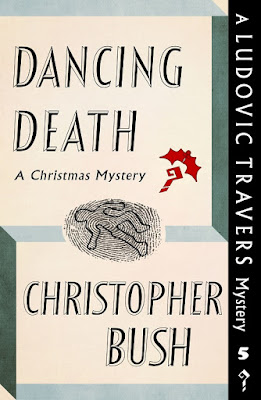 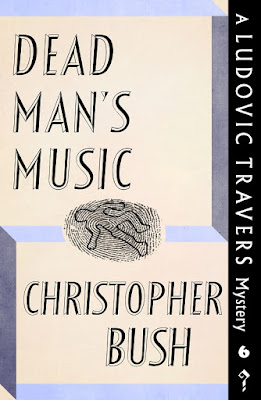 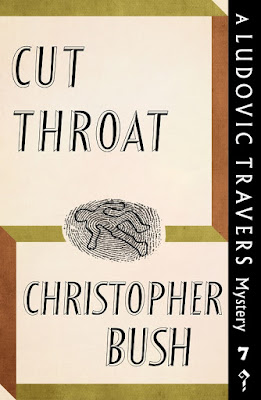 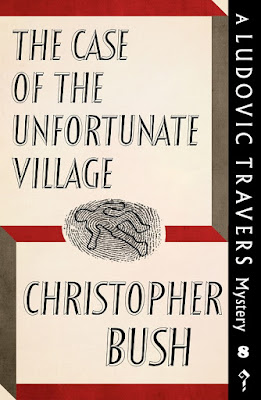 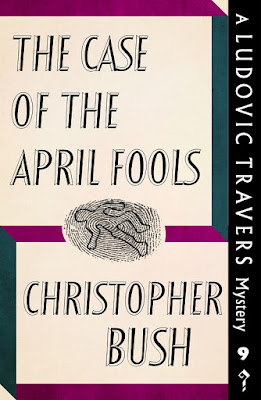 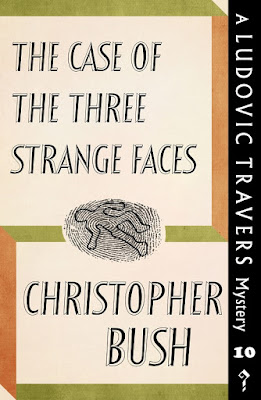 Through the generosity of a private collector, the incredibly rare The Plumley Inheritance is now back in print, for the first time in 91 years.  It's the novel in which debuts Christopher Bush's series sleuth, the lanky and bespectacled Ludovic "Ludo" Travers, who appears in all 63 of Bush's detective novels.  Travers and his entourage likely will remind readers heretofore unfamiliar with the series of what they find in the detective fiction of Dorothy L. Sayers and Margery Allingham, creators of, respectively, Lord Peter Wimsey and Albert Campion.

Travers is another member in the swank ranks of well-born and independently-wealthy gentleman detectives, though he is also a successful author of simultaneously learned and popular treatises on economics.  He is single (in the first ten books), but happily has a most devoted "man," the raven-like Palmer, to take care of him.  Over the first ten books Travers slowly moves to dominate the series, elbowing out (politely of course) two other characters: Geoffrey Wrentham, an old school friend of Travers, and private detective John Franklin, Travers' colleague in the great advisory firm of Durangos, Ltd.  Remaining with Travers in the series for many years, however, is Scotland Yard's Superintendent George "The General" Wharton, who in my view is one of the more significant and credibly conceived policemen in British Golden Age detective fiction.

Christopher Bush was a stalwart of the Golden Age of detective fiction, popular with critics and the public alike.  Charles Williams, with JRR Tolkien and CS Lewis one of Oxford's distinguished "Inklings," once approvingly commented that "Mr. Bush writes of as thoroughly enjoyable murders as any I know."  Additionally, modern authority Barry Pike has aptly summarized the appeal of the detective fiction of Bush, whom he calls "one of the most reliable and resourceful of true detective writers," as "Golden Age baroque, rendered remarkable by some extraordinary flights of fancy."  More recently blogger Nick Fuller has noted the frequent ingenuity of Bush, comparing him as an adept of the alibi problem to the great lord of the locked room, John Dickson Carr.

The Plumley Inheritance is a lighter treasure hunt mystery (though murder makes it way into the picture as well), but three years later Bush scored a great hit with The Perfect Murder Case, which has some resemblance to a serial murder novel (though it really isn't one, in my view).  The device of the letter taunting the police that a perfect murder is going to be committed seems to have been inspired by the notorious Jack the Ripper killings, which took place when Bush was living in London as a very young boy.

Dead Man Twice, which in my opinion should be considered the third, not the fourth, novel in the Travers series (there's a disagreement about this), concerns the mystery of the double deaths of a gentleman boxer and his butler, while Murder at Fenwold (in the US The Death of Cosmo Revere) is a full-fledged country house and village mystery, with all the trappings.

Next there was Dead Man's Music, which takes advantage of Bush interest in classical music, a love that was shared by his son, the late composer Geoffrey Bush (1920-1998).  And then the excellent, seemingly time-altering, Cut-Throat, influenced by contemporary British politics.

Finally there are the first three of Bush's "The Case of" mysteries (this was the title format for the rest of the series): The Unfortunate Village, The April Fools and The Three Strange Faces.  As the title indicates, Village is another one of Bush's takes on the rural mystery, in a story bearing certain resemblance, in my view, to Miles Burton's The Secret of High Eldersham, recently reprinted by the British Library, Gladys Mitchell's The Saltmarsh Murders and Agatha Christie's Murder Is Easy.

April Fools is another country house murder story, a highly ingenious one making use of the conventions of April Fools' Day, while The Three Strange Faces is partially a train mystery, set in France--the first, though not the last, of the Bush detective novels with this setting.

I'm very excited about this new vintage mystery reissue series, as it concerns one of the most important Golden Age British mystery writers who had remained out of print.  Making all these books accessible again to fans of British mystery is another significant step in the ongoing recovery of Golden Age detective fiction in all its splendor, something that was almost unimaginable, at least in this scope, only five years ago.
Posted by The Passing Tramp at 5:54 PM