Hospitals Will Kill You: A Stitch in Time (1968), by Emma Lathen

"I always tell young men just starting their medical careers that they have to realize every hospital is going to have a certain number of terminal patients.  We'd like to save them all, we do our best, but in the end it's in Other Hands.  In the first shock of loss, you have to make allowances for the survivors.  We have all of us faced hysterical accusations and other unpleasantness, from time to time.  But I tell my boys that the thing to do is is to be patient, and remember that time is the only healer."

--the pious words of pompous Dr. Philip Wittke, head of Southport Memorial Hospital in Emma Lathen's A Stitch in Time (1968)


It may churlish to review, and highly praise, a detective novel in which the medical profession is sent up in full, ironical Emma Lathen style.  After all, doctors around the country are heroically battling this virus gripping the country.  They deserve our praise, along with other medical workers.  On the other hand, I began reading Emma Lathen's seventh detective novel A Stitch in Time as my mother lay dying in home hospice from stage I breast cancer that metastasized first to her liver and then to her stomach before it killed her; and reading the book felt somewhat cathartic, as I was very unhappy with her initial treatment from West Cancer Clinic in Germantown, TN, who I feel allowed a manageable situation to get out utterly, fatally of hand.  (I also had lots of issues with my father's sojourn at another area hospital three years ago.)

Some doctors act like they think they are gods when what they are, if they are anything, are tin gods, with feet of clay for bad measure.  So it is what it is.  On with the review!

I think it was English novelist CP Snow (who also wrote a mystery or two) who called Emma Lathen "a sort of Jane Austen of the detective novel, detached, mocking, economical."  If so, Snow really got it, well, right on the money, to quote an Emma Lathen book title.  It's that ironic tone that really makes Lathen the inheritors of the "manners mystery" mantle from the English Golden Age Crime Queens.

In every book the two women who comprised Emma Lathen wrote there is superb satire of the business world (and the political world in their lesser known R. B. Dominic mysteries), plus of course a nice murderpoo or two, with genuine detection.  A Stitch in Time, which is about the the field of medicine, is certainly no exception to this rule.  And make no mistake, medicine is a business, whatever the Hypocritical Oath may tell you.  What?  Oh yeah.  Hippocratic. Sorry.

A Stitch in Time initially involves a legal tangle that would have delighted Charles Dickens or Anthony Trollope.  Here goes!  Pemberton Freebody, an elderly wealthy and childless widower afflicted with terminal cancer, puts his affairs in order, names Sloan Guaranty Trust, the third largest bank in the world, executor of his estate, gets into his Cadillac, and drives "safely and slowly out the Long Island Expressway to a small wooded area he remembered from his distant youth," whereupon he promptly fixes a note to the dashboard, proceeds into the trees and shoots himself in the chest.

In the hands of many modern crime writers this sequnce would be detailed tragically, with much pathos.  With Emma Lathen, however, the tone remains ironic throughout the book.  Make no mistake, however, there is a sense of Swiftian outrage behind the satire.  The Lathen gels ain't just playing around here.

Anyway, old Pemberton Freebody is rescued, so to speak, by a passing truck driver who hears the shot.  He is taken to Southport Memorial Hospital at nearby Southport, but he dies after surgery four days later, leaving the bulk of his estate, including a $100,000 life insurance policy, to the Institute for Cancer Research at Hanover University.  Atlantic Mutual, the insurance company behind the policy, refuses to pay over the money, however, invoking the policy's suicide invalidation clause.  But then an autopsy on the body of  P. F. reveals that the chief surgeon at Southport, Dr. Wendell Martin, left seven hemostatic clips in the old man's body!  So did he die of suicide or from a bungled operation?  It's time for a lawsuit to settle the matter. 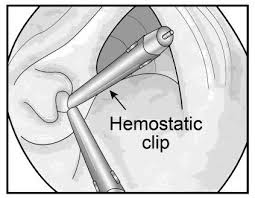 The key figure in all of this is the aforementioned Dr. Wendell Martin, termed an "arrogant cocksure bastard" by the lead lawyer for the University.  And boy is he!  Lathen does a remarkable job of conveying this remarkably unlikable doctor, who reminds me so much of a certain complete SOB hospital administrator I encountered three years ago (a native of a certain Eastern European country who thought he needed to tell me that that country was located in Europe and spoke loudly, where I could hear him in the hall, about how they needed to get my father cleared out of his room on Friday or they'd be "stuck with him all weekend").

It's with pleasure when we find the almost pathologically hubristic Dr. Martin bumped off on page fifty.  Seldom have I seen a more irritating and deserving victim in a murder mystery.

The University's attorneys are disappointed when Dr. Martin is murdered, because the trial "jury hated Martin so much that...every minute he was on the stand was so much money in the bank for us."  But at least John Putnam Thatcher, senior vice president of the Sloan Guaranty Trust, and Emma Lathen's series sleuth, now has a juicy mystery to solve, involving not only murder but nefarious business shenanigans, Lathen's specialty.  And it turns out there is really something truly rotten in Southport! 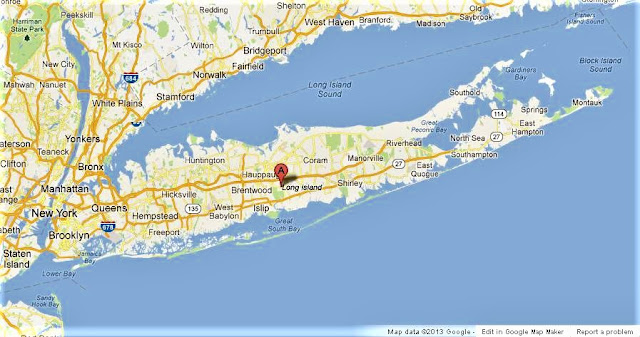 There's also Sloan's usual Greek Chorus of supporting characters, who I always enjoy though I have trouble remembering most of them by name, aside from Thatcher's super competent, Miss Lemon-ish secretary, Miss Corsa.  Thatcher delegates much of the investigation, enjoyably, to his ingenuous young subordinate Kenneth Nicolls.  The doctors and nurses at the hospital are also well-conveyed (the nurses more sympathetically on the whole), as well as a young working class patient and her husband who may have been witnesses to something important during one of her many stays there.  the mystery is genuinely "fair play," i.e., fairly clued, as they used to say between the wars, during the Golden Age of detective fiction.

And the writing is, as ever, a delight. Perhaps A Stitch in Time is not as memorable a social comedy as its immediate predecessors, Death Shall Overcome (1966), about the civil rights movement, and Murder against the Grain (1967), about US-USSR detente, but it's very well-written indeed.  (Detection purist Jacques Barzun says Murder Makes the Wheels Go Round, 1966, about the auto industry, is Lathen's masterpiece--more on this soon.) 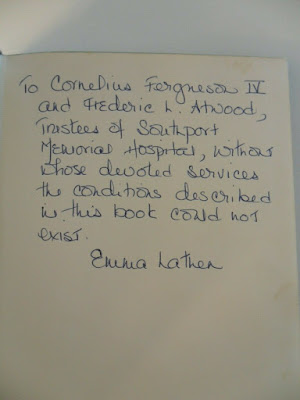 Everywhere there are sweet little bits, like Lathen description of a local drugstore, or the revelation that Thatcher has been shanghaied, if you will, into buying a Japanese puzzle box every year for the birthday of his grandson Geoffrey, the boy's mother (Thatcher's daughter) having gotten the erroneous impression that this would-be one-off signified an intense mutual interest the two shared.  In truth neither of them are that interested in the damn puzzle boxes, but "The speed with which a legend can become deeply entrenched is too often underestimated....the only salvation lay in Jeff's inevitable transformation from small, polite boy to boorish, self-centered adolescent."  Then Jeff will just bluntly tell Mom he doesn't want any more of those damn puzzles boxes.

I have a copy, originally from the town of Islip, Long Island (see map above), of the original American hardcover edition of A Stitch in Time, which carries a dedication from "Emma Lathen" to "Cornelius Fergueson IV and Frederic L. Atwood, Trustees of Southport Memorial Hospital, without whose devoted services the conditions described in this book could not exist."

In point of fact Fergueson and Atwood were trustees not of the fictional Southport Memorial Hospital, but rather of South Side Hospital in Bay Shore, a hamlet in Islip.  So evidently Southport is based on South Side and Bay Shore.  (The extensive description of Southport in the novel makes clear it's Bay Shore.)

But what are we to make of the dedication?  Is it sincere or sarcastic?  I'm baffled.  Without whose devoted services the conditions described in this book could not exist?  The hospital described in A Stitch in Time turns out to be an utter cesspool (a word used in the book) of corruption and its trustees, if well-meaning, are completely clueless about what is going on around them.

Of the Board of Trustees of Southport Memorial Hospital, we learn:

Ordinarily they...worried about the selection of architects for new wings, the ever-present threat of unionization of non-skilled workers, and fund-raising, fund-raising, fund-raising.  Service on the Board was a symbol of achievement, a sign of esteem from the burghers of Suffolk County and an acknowledged form of civic participation.  It had nothing to do with knowing about hospitals.  The doctors ran the hospital....

And do those doctors run it!  Right into the ground.  I'd certainly love to know just what experience motivated Emma Lathen to write this book.

Maybe it was something like mine.  Whatever it was, at least Emma Lathen got a great book out of it.  All I got is this review.  Enjoy.
Posted by The Passing Tramp at 12:19 AM